A man branded a “danger to public health” has been handed a suspended prison sentence after he was caught selling bottles of fake spirits laced with urine. 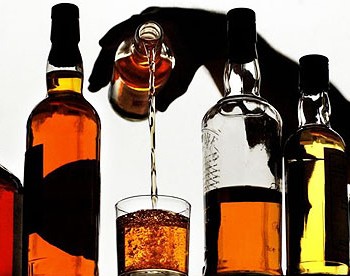 Nicholas Stewart, 35, from Blackpool, was arrested after he was seen selling fake bottles of Jack Daniel’s whiskey and Smirnoff vodka to tourists at £10 a bottle, as reported by the Daily Mail.

Further analysis revealed that some of the bottles sold contained not only flat cola and water, but human waste including faeces and urine, which had been added to give the appearance of whiskey.

Stewart was handed a 70 day jail term suspended for 12 months after admitting fraud with magistrates calling him a “danger to public health”.

Prosecutors are now working with police to impose a CRASBO to ban him from selling anything on the streets of Blackpool. Martin Hillson, defending, told the court he would object to the CRASBO because it would prevent Stewart from selling The Big Issue magazine.