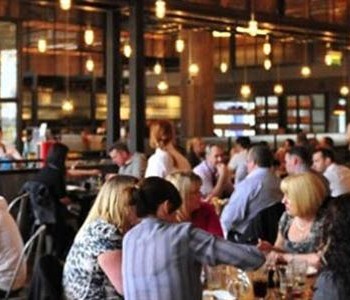 Latest figures from CGA Peach showed a particular boost for London bars and restaurants during the festive season, with sales inside the M25 rising by 4.4% compared to 2013 during the six week period covering Christmas and New Year. Outside the London area sales still rose, but by a more modest 2.3%.

Among the 30 major UK pub and restaurant groups covered by the tracker, total sales once the impact of new openings was included were up by 6.6% on 2013.

The news follows a less positive story from the UK off-trade sector. In the wake of a poor Christmas, Tesco announced a plan to close 43 stores and postpone planned openings, while Morrisons’ shareholders voted to oust their CEO after the supermarket recorded the worst performance of the major supermarkets. Multiple specialist Majestic Wine admitted that efforts to compete with these rivals’ aggressive promotional strategy had taken its toll on margins.

Commenting on this disparity between the on- and off-trade performances, CGA Peach vice-president Peter Martin said: “With supermarkets and specialist off-licences, like Majestic Wine, seeing seasonal sales suffer, it seems the British public decided to go out and have fun rather than just stay at home.”

With restaurant chains showing particular growth – 4.7% better than last year, compared to the 2% increase for pubs – Martin observed: “The success of casual dining groups, especially outside of London, suggests that Christmas time is not just about people going out to find a traditional Christmas dinner, but also about general family and friends time.”

In conclusion, he remarked: “What’s clear is that the eating and drinking out market is performing more strongly than retail, with latest British Retail Consortium figures showing a 0.4% like-for-like decline in December for the retail sector against 2013.”

Based on this data, Martin suggested: “For the British public it is not just about acquiring things any more it’s about buying experience – and perhaps this sector rather than retail should be the accepted measure of economic health.”

Looking ahead into 2015, Mark Sheehan, managing director at Coffer Corporate Leisure, said: “Despite the lowest inflation on record, the sector continues to outperform, and with consumer spending likely to increase, we expect to see continued good growth. Operators will also benefit from better margins.”

While warning that “there remains massive competition and huge disparity between winners and losers,” he maintained: “those with a compelling offer, wherever they are in the country, will continue to see good growth.”