With craft beer becoming evermore popular micro-pubs are springing up across the country, offering punters a choice of pint-sized pubs to sup local brews.

Since the concept was first recognised in 2005 the number of micro-pubs operating in the UK has grown to 100, as of 27 December. Typically one room converted into a free-house, a micro-pub “listens to its customers, mainly serves cask ales, promotes conversation, shuns all forms of electronic entertainment and dabbles in traditional pub snacks”, according to the Micro Pub Association.

“There were 50 micro-pubs trading at the end of 2013 and to see the number now topping 100 is truly remarkable,” said Martyn Hillier, co-founder of the Micro Pub Association.

Scroll through to discover a handful of UK micro pubs as selected by Choice Loans based on information provided by the Micro Pub Association. 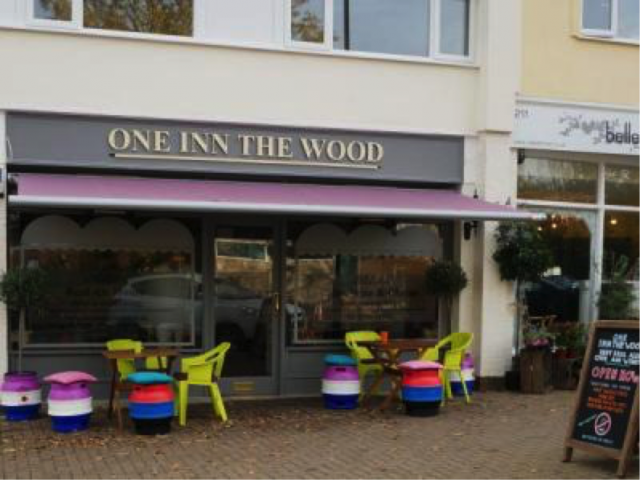 Revolting against technology, this micro-pub has a charity fine box for anyone who uses their mobile phone on the premises. It only serves locally crafted cask ales produced in Kent and since opening has sold 160 different beers. The name of the pub is in remembrance of one of the owner’s grandfather who also ran a pub.

One Inn the Wood 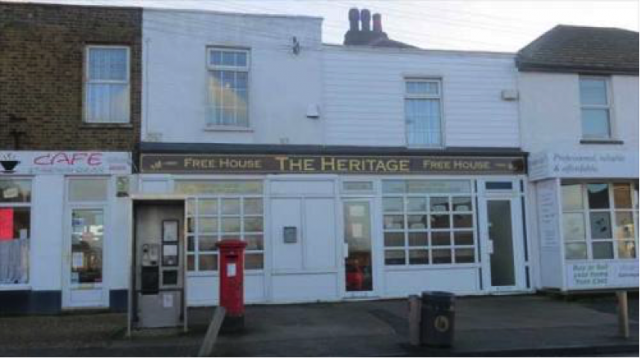 The name of this micro-pub comes from the owner being part of the Charrington Brewery dynasty. Its décor makes several references to the Charrington brewery which brings a nice touch. Untraditionally, this pub spans two floors and offers table service. 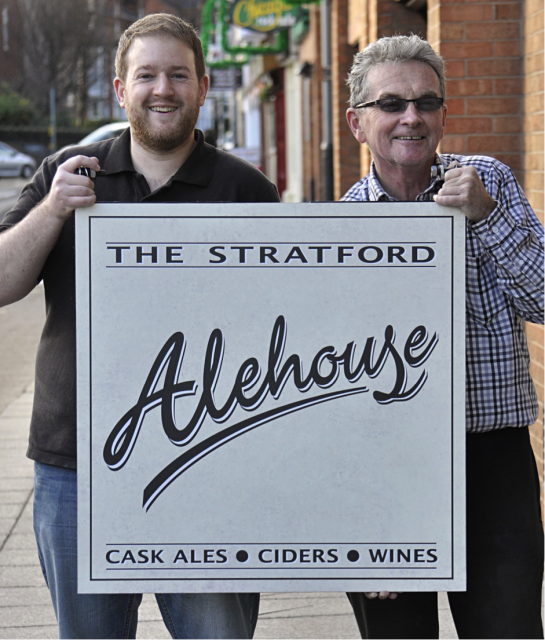 The objective of this family-run micro-pub is to bring beer back to basics. Having opened in 2013, it serves 211 different beers from 71 different breweries. Its owners prefer to support smaller, local breweries and personally test each of the beers on tap. Their mission is to serve real ales and ciders straight from the barrel to your table. 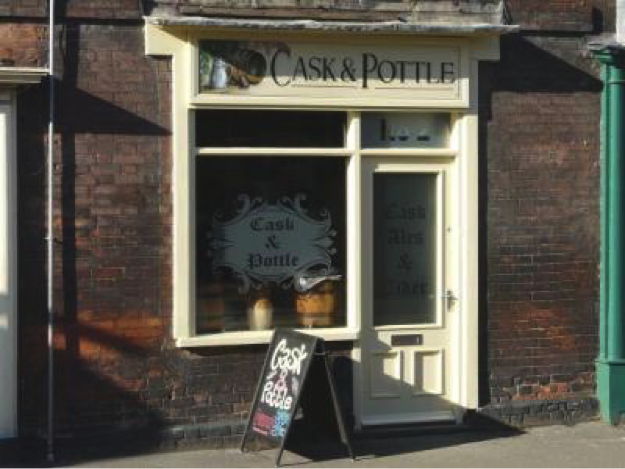 Situated five miles from Burton-on-Trent, the brewing capital of England, this micro pub is the result of an entrepreneurial venture for a retired married couple. They got their inspiration when living in Kent and were regulars at another micro-pub “The Just Reproach”. They liked the concept so much they relocated and opened their own in a Victorian building which sticks to the traditional micro pub ethos of simple pine furniture and a window looking through to the stillage of ales. 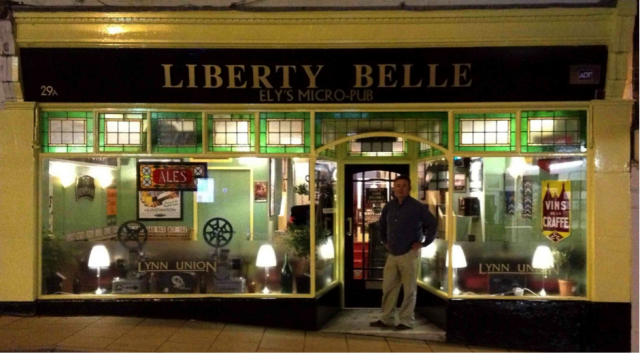 The “perfect example of the originality of the micro-pub concept”, the Liberty Belle is adorned with an array of unique and original brewing artefacts and handpicks its ales from local breweries. It also sells locally produced apple juice, cider and pork pies and regularly posts updates of its beer and cider offerings on its Facebook page. 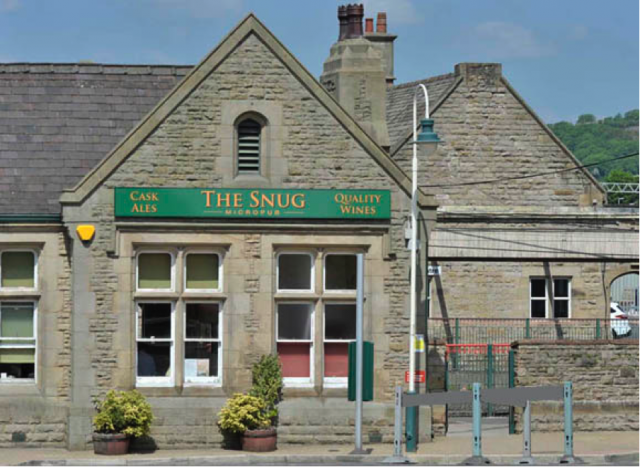 This pub is run by a husband and wife team in the old frontage of Carnforth railway station. The building was originally made famous in 1945 after starring in the film Brief Encounter by David Lean. Now it is the site of the north west’s first micro-pub and is regularly featured in CAMRA Good Beer Guides. 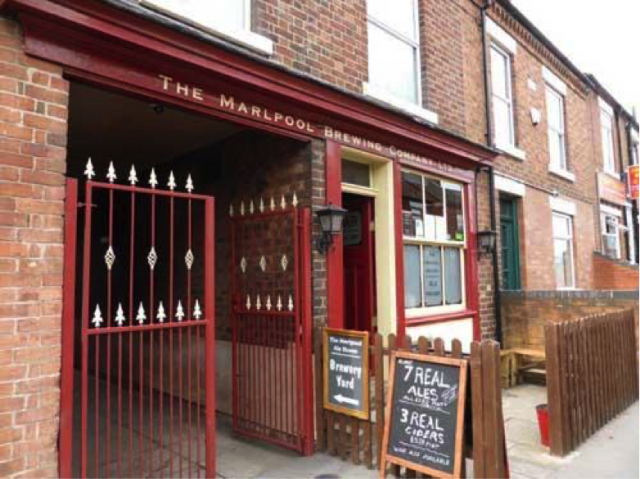 With a bar made from an old Methodist chapel pulpit, the Marlpool Brewing Company is Derbyshire’s first micro-pub. It serves its own beers brewed just 30 yards away and offers up to six guest ales. The pub welcomes musicians who turn up for impromptu acoustic sessions and is also a “Book Crossing Zone” allowing customers to pick up free books and pass them on when they have finished. 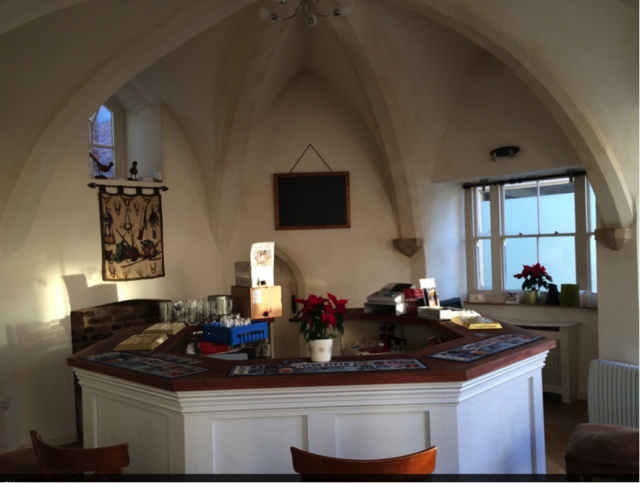 The building in which this micro-pub is housed is believed to be 800 year’s old and was originally the prison of the local priory. The owners recognised that the art of conversation was lacking in their area so decided to open the pub noting: “It’s about serving true beer to nice people who want to talk to each other.” 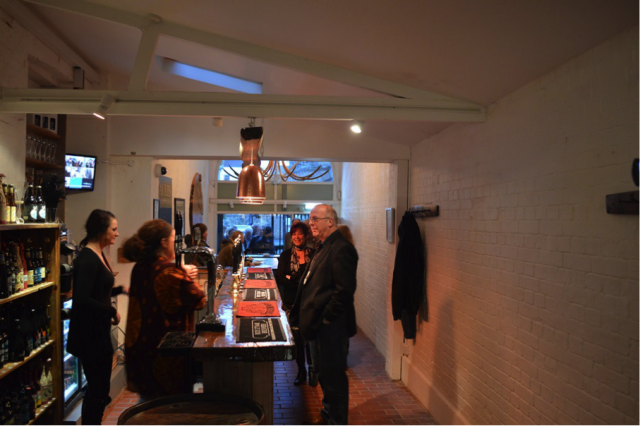 The interior design of this micro-pub is completely made from recycled scrap metal and timber by artist Jon Rigg. It has the widest selection of beer in Devizes and the surrounding area. Its owners also use their downstairs basement, which is nearly twice the size of the pub, to host tasting events and are currently developing their own “takeaway beer shop”. 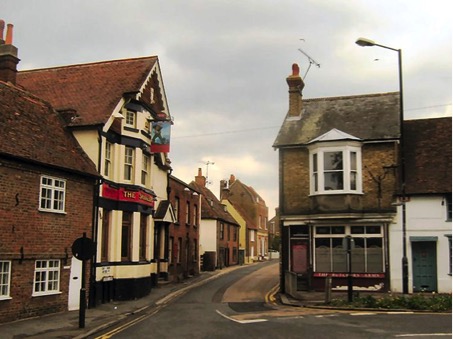 Founded in 2005 by Martyn Hillier, The Butcher’s Arms is the birthplace of the micro-pub revolution and is to-date still the smallest. It has won numerous CAMRA and newspaper awards and the only pub where you can drink beer off a butcher’s block. The pub has a loyal legion of locals that provide a lively and friendly atmosphere. You can also take ale home in any quantity you like.