Critical scores play a key role in the Liv-ex Power 100 list, but they are by no means only factor, as some of the top fine wine merchants explain.

Every wine on the 2014 Liv-ex Power 100 list, scored at least 90 points. While of the top twenty all scored 95 or more, except for Domaine de la Romanée-Conti, Opus One and Château Lafite Rothschild. Critical acclaim obviously matters, though it is just one of the five criteria used to rank the Power list.

“Scores are still crucial, and very much dictate the demand for certain wines and what they sell for,” said Farr Vintners director, Tom Hudson. He felt Robert Parker’s influence is: “not as strong as it was ten years ago because there are so many more voices now. The internet has made everything much more accessible and I think consumers are used to absorbing scores, notes and opinions from lots of different people. Back in the day, Parker was the voice – I think there are many voices now.”

For Garry Boom, MD of Bordeaux Index, Parker’s power is “massive – you can forget everyone else. It’s certainly massive in Bordeaux and the Rhône. People go to Burghound (Allen Meadows) for Burgundy, and it Italy (Antonio) Galloni is very important, followed some way behind by (James) Suckling.” As for the actual scores, Boom felt it depends on the wine. “Rieussec gets high scores the whole time, but you can’t sell the stuff for love nor money. The scores are important, when they’re backed by a brand.” Fine & Rare, Joss Fowler, felt it was hard to separate the brand from the score. “The two go hand in hand.”

Liv-ex director Justin Gibbs confirmed that about a fifth of a wine’s position on the Liv-ex Power 100 list is down to its average score over the last five vintages traded on the exchange. That means Parker points in the case of Bordeaux and the Rhône up to 2012, and other scores like Burghound and The Wine Spectator for other regions. In terms of which critic to follow, Gibbs said: “The only thing everyone agrees on is Parker and Bordeaux. Who comes next in the pecking order, we can debate ‘til the cows come home.” 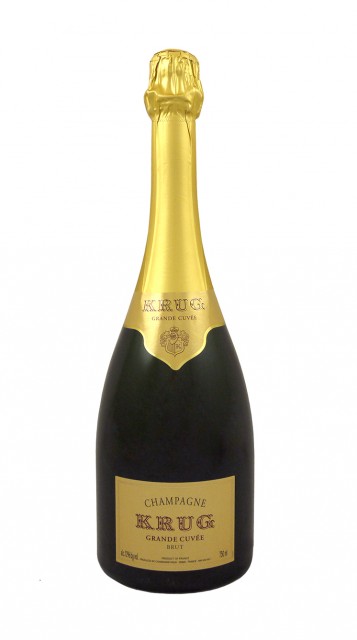 Krug is arguably the gold standard among Champagnes and just made it into this top ten with an average score of 96.5, although it was ranked 94th in the overall Liv-ex Power 100. Proof that scores alone are not enough.

From his power-base in the village of Nieve in the Langhe hills, Bruno Giacosa produces some of the finest Barolos and Barbarescos in Italy. Those from his own 20 hectares of vineyards come under the ‘Falletto’ label. With an average score of 96.6, Giacosa was ranked 60th on the Liv-ex Power 100

Marchese Ludovico Antinori produced his first bottles of Tenuta dell’Ornellaia on the Tuscan coast north of Bolgheri in 1985. The estate is now part of the Frescobaldi empire and scored an average 96.6 points which helped propel it to 13th in the 2014 Power 100.

The only Bordeaux in this top 10 with an average score of 96.7 over the last five traded vintages. However it did achieve the highest overall ranking on last year’s Power 100 list, coming in at 6th

The Guigal wines tracked by Liv-ex are the so-called ‘La-La’s’ which reap some of the highest Parker points year after year, or at least until April 2013, when the great critic left to focus on California alongside Bordeaux. Guigal’s La-la’s averaged 96.6 in terms of score and were ranked 8th on the overall Power List

Californian wines used to be rated by Antonio Galloni at the Wine Advocate before Robert Parker took over two years ago. The iconic Screaming Eagle notched up a 96.9 average score, though was ranked 88th on the Power List

Liv-ex tracks the Hermitage among the wines of the Rhône’s Domaine Jean-Louis Chave which was scored by Robert Parker until April 2013. With a 97 point average score, Chave Hermitage was ranked 40th on the Power 100.

Now in the hands of Giacomo Conterno’s grandson Roberto, this family estate in the Langhe consistently produces some of Italy’s greatest Barolos. Over the last five traded years scores have averaged 97.1 points, while Conterno’s overall ranking was 31st in 2014.

For Liv-ex the wine that counts from Chapoutier is Le Pavillon Ermitage which has won no end of critical acclaim from Parker with an average score of 97.2 points and a ranking of 23rd in the Power 100

The top scoring wine over the last five years is Masseto which has moved way beyond its original status as Ornellaia’s second wine. Scoring 97.6 it managed a ranking of 25th on the 2014 Liv-ex Power 100. For Garry Boom, MD of Bordeaux Index, it clearly needs its critical acclaim. “You’ve got to have a massive score with Masseto to sell it.”