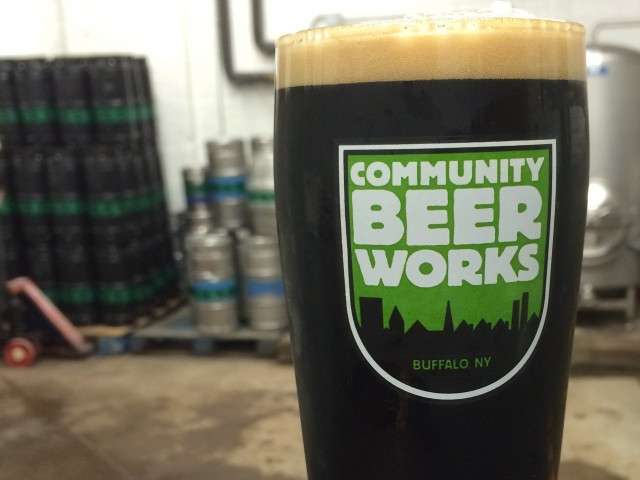 Matt Kresconko writes in The Buffalo News on this mighty locally-brewed pour. He writes, “this stout pours out nearly pitch black, allowing no light to pass through the glass, with a small light tan head. The heavy amounts of roasted malts come through with a coffee aroma, along with some faint chocolate.

“The flavour follows along with the smell of roasted coffee beans and a touch of black licorice in the finish. It’s a well-balanced stout, with the slightly bitter finish leaving you ready for the next sip. Medium bodied with a slick, smooth mouthfeel,

“Stout Affective Disorder is a stout that can be enjoyed over a couple of pints without overpowering your taste buds or your mind,” he concludes. 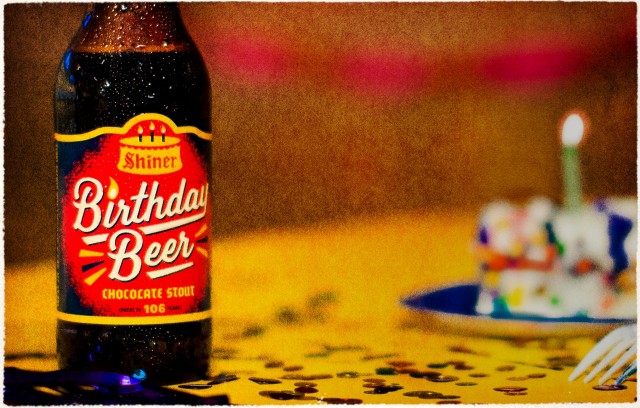 Graham Averill takes to his in Paste Magazine to write on this celebratory pour out of Texas. He says, “A chocolate stout through and through, it pours black as ink and smells like Willy Wonka’s personal stash. Seriously, there’s chocolate in there. It hits you hard on the nose, then comes through even stronger on the taste. And I’m not talking about that fancy bittersweet dark chocolate. This beer has more of a soft, milk chocolate presence, thanks to the cocoa and chocolate malt that Spoetzl used in the brewing process.

“The beer is pretty heavily carbonated and has a surprisingly thin mouthfeel. I expected something creamier, and perhaps a bit more complex. But if you’re gonna have a one-note beer, chocolate is a pretty satisfying note to have. This is birthday beer we’re talking about here. It’s okay to be a little indulgent.” 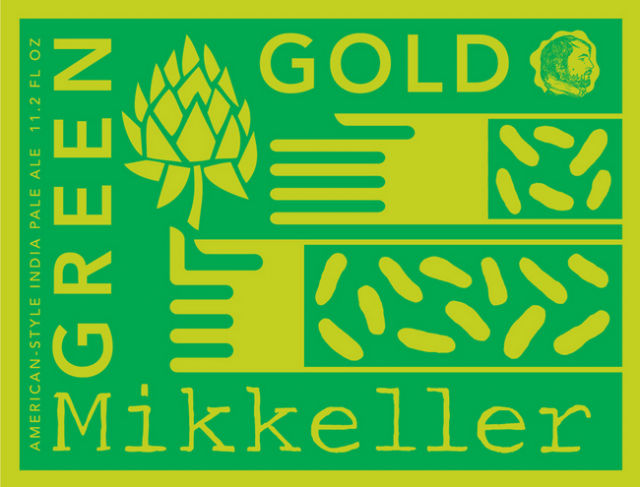 Beppi Crossariol writes on Green Gold, a beer that according to him embodies the Danish founder’s “passion for the heavily hopped beers of the U.S. West Coast.”

“Think of it as an evergreen forest crossed with a fruit orchard,” he concludes. 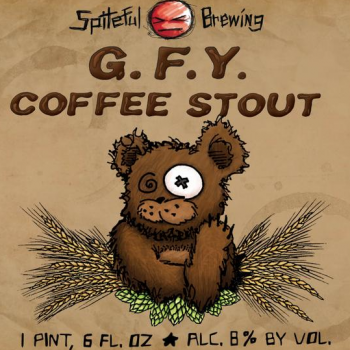 Going back to Paste, this time we hear from Jim Vorel writing about this small-batch brew that was made as a variant of an original stout.

He writes, “On the nose, one immediately gets the Mexican coffee Spiteful uses from Chicago’s Gaslight Coffee Roasters. It’s classic coffee stout aromatics, very chocolaty and rich with a vanilla undertone and an impression like coffee ice cream. It begs, begs for a sip, and you’ll no doubt be all too happy to oblige.

“It’s very round and creamy on the palate, really coating the mouth. At 8% ABV this is no slouch, but it actually feels even larger than some 10% ABV beers or more in terms of mouthfeel. Flavors grow increasingly more complex—coffee of course, but also a touch of smoke, dark fruitiness and cocoa. Coffee is there, but it doesn’t dominate this beer quite as one would expect, which is a good thing because it highlights just an excellent, roasty stout under it all. It also manages to be rich without being overly sweet, which is by no means an easy task.

“This is a superlative take on a style that most of us have sampled many times before. The balance and interplay of flavors is, dare I say, sophisticated, which makes all the difference in making a stand-out beer in a crowded field.”

Fishin’ in the Dark, Capital Brewing, Middleton, Wisconsin, US 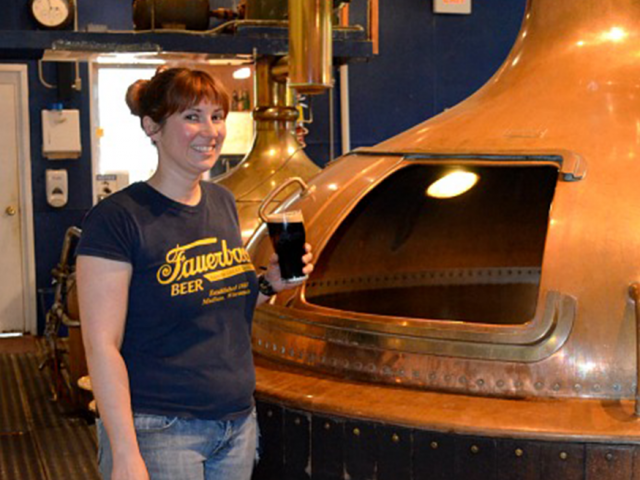 The Beer Man Todd Haefer takes to his slot in USA Today to write on this medal-winning brewer’s newest release.

He writes, “Fishin’, at 7.5% ABV, has a delightful chocolate and fresh grain aroma. The black body has brown highlights when held to the light. The head leaves an impressive amount of lacing on the glass.

“The flavour is chocolate malt grain with caramel in the background and a roasted flavor without bitterness. Unlike strong ales, there is not much in the way of dark fruit flavors, and the dark malts are allowed to shine. Although it’s an imperial, it still drinks light while maintaining a solid body and mouthfeel, and an overall clean, bright taste and finish.

“The hops are not much of a factor, which is right for the style, and the finish brings out the floral notes. For a change, there are no pine or grapefruit flavors to “Americanize” the beer. Fishin’ is an excellent variation on a traditional German style.” 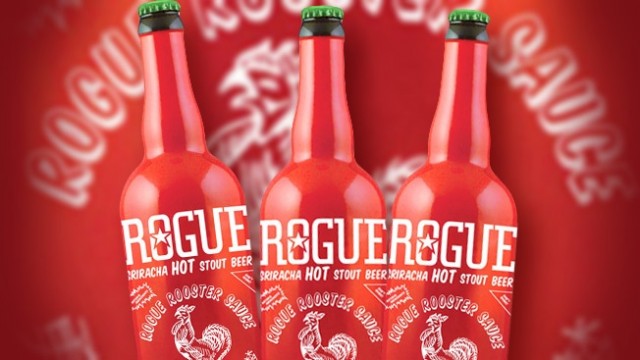 Adweek‘s Alfred Maskeroni enthuses about this spicy brew out of Oregon.

He writes, ” it’s definitely drinkable. It’s a rich stout with a tiny kick that hits you after the aftertaste. Would I order one in a bar? Um, if I saw “Sriracha Beer” on a menu anywhere, I’d order one in a heartbeat. Would I order a second one? Probably not. A session beer it is not. But it’s a reasonable guess that Rogue doesn’t think so either, given that the drink is only sold in single 750 ml bottles.” 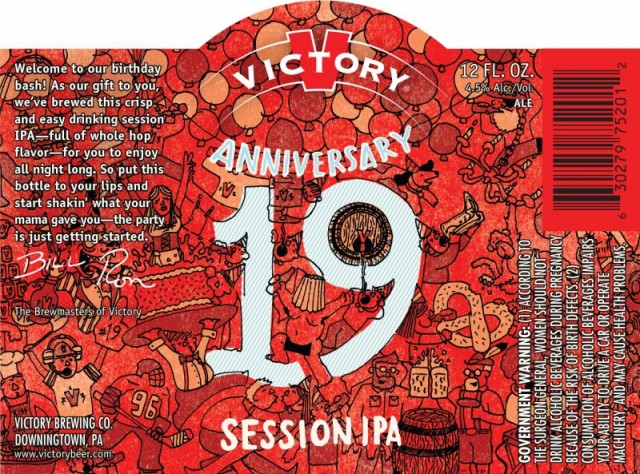 Julianne Materra, for Pennsylvania’s Penn Live, writes on this, another celebration brew. She says, “It has the water-light viscosity of Miller Lite but with a deep bitter smack reminiscent of Victory’s flagship IPA, HopDevil.

“The latter snuck up on me. When it did, suddenly blue-spruce-scrubby-bubbles popped all over my tongue until the carbonation dissipated. Then I found myself smacking the roof of my mouth to suction off the biting taste that had tattooed itself onto my tongue.

“I liked the weird balance, but it’s not for everyone.

She concludes with the point that, “At, 4.5% abv, this session ale is perfect for a keg party. It’s the stuff you hop heads wished your 19-year-old selves had pumped into tipped red plastic Solo cups while you partied…” 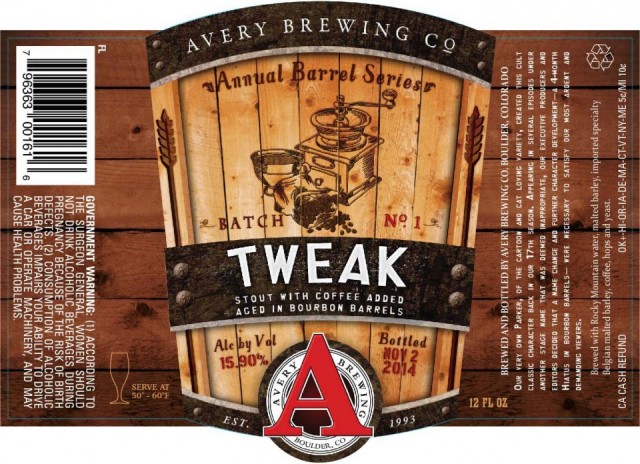 Now for the bombastic Will Gordon for Deadspin Magazine, who writes on this unique, flavour-packed beer.

He writes, “I can typically take only wood or coffee in my stouts, not both. But hottest damn, this beer is outstanding. I gave it five stars on Untappd! Who cares? But I’m pretty cheap on my beer stars.

“This is just a perfect blend of roasted caramel malt, strong bitter coffee, and gentle vanilla from the wood to bring it all back down into the reasonable range. I often find coffee to be overkill in a roasted, chocolatey beer, but the oak really mellows it out, and then the crazy-high booze content agitates it back up, and I don’t know man, I feel a little drunk just writing about it, but in the happiest possible way.

“A lot of 15-plus-percent aged stouts are gimmicky bullshit, but everything in Avery Tweak belongs,” he concludes. 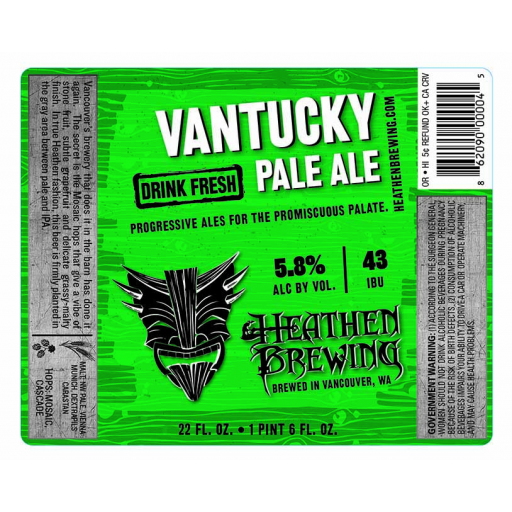 Martin Cizmar writes in the Willamette Week on this rural pour that expresses all that is good about the IPA style.

He writes, “At the proudly rural Heathen Brewing – the Vancouver brewery is housed in a garage outside an exurban McMansion, where the air hangs heavy with pine and the purr of an idling diesel pickup driven by a guy in shit-kickers – half the lineup is a branch of the IPA tree, including two regular IPAs and the Vantucky Pale Ale.

“It comes in bottles, but you want it fresh from the taps, where the juicy Mosaic hops offer apricot and less farmy funk. These country folk have something good here. The man behind it? Awesomely named brewmaster Rodney Stryker.”

He writes, “A full amber colour and a strongly hoppy, floral, fruity aroma that bursts from the glass.

“It’s refreshing and loaded with hop flavours, which impart more than a trace of bitterness. Clean and generous taste with a refreshing follow-through. An excellent aperitif beer.”