UK restaurant lists are getting shorter, and their fine wine selections are increasingly moving away from the classics, much to the benefit of California, according to one influential UK supplier. 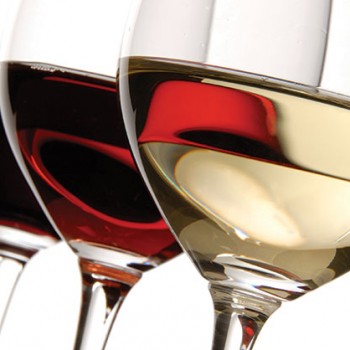 “We are on the verge of an era when the most fantastic wines are coming from all places in the world,” stated Damian Carrington, commercial director at FMV, explaining the reason for the more eclectic nature of London wine lists.

Helping this is an increasing demand for a wider range of wines from diners who are starting to wake up to the fact that great wines can be found from beyond the classic European areas.

“There is a growing consumer base that are beginning to realise that you can get really great wines from all over the world, whether that’s from California, South Africa, Australia or the US,” he told db.

Considering consumption in the UK is not growing, Carrington said that the rising demand for top end wines from the likes of California, as well as other New World regions was “taking from the traditional regions of France, but not Burgundy”.

FMV has championed Californian wines in the UK for a long time, having acted as agents for highly-respected producers such as Ridge, Au Bon Climat, Bonny Doon, Tablas Creek and Qupé, although recent trends have further boosted sales of the wines from its US portfolio.

“We have certainly seen an uptick in the demand for our guys, although we have always over-indexed in our Californian sales,” he recorded.

He also said that the producers FMV represented were all Californians who had stuck to a particular and classic winemaking style despite changing fashions around them.

“Our producers now feel vindicated that they stuck to what they believed in, for example, Jim Clendenen [Au Bon Climat’s winemaker] never wanted to make Pinot at 16% abv, while Ridge is the archetype, it has never really changed its style, which centres on minimal intervention,” he commented.

This has meant however that they “never made the headlines when others were chasing Parker points with more extracted styles”, he observed.

Carrington also said that the growing number of steakhouses in London have helped boost listings of Californian fine wine.

“Steakhouses have definitely helped sales of Californian wine, you can see that with places like Cut, Goodman and Hawksmoor,” he commented, adding that the offering is only going to get bigger, with famous New York steakhouse Smith & Wollensky opening in London in March.

However, the trend towards embracing a wider range of wines in restaurants is making the competition intense, particularly when it comes to the aperitif.

“The restaurant environment is much more competitive for that first drink, it’s no longer just a glass of Champagne, it could be a very good sparkling, or a sherry – though unfortunately not often – or a cocktail,” he said.

In general, he said the trend was towards “shorter wine lists that change more regularly, with much more wines by the glass – which is a big incentive to trade up and experiment.”

Encouraging restaurateurs to shorten their lists is cash flow, according to Carrington.

“Rents are so high in London and so are staff costs, so you have to keep lean, so restaurants can’t afford to put together 100 bins, let alone 500 bins, so you have to have a tight wine list that works.”

As for the greater number of changes during the year, Carrington said that while restaurants used to update their list in the spring and then autumn, now they are almost constantly altering and updating the range.

And the reason? “People want to be interested all the time,” he said of London’s diners.

“There is a very international clientele that like may like the familiarity of one restaurant and certainly the quality, but they don’t want to eat the same thing, and it’s the same wine-wise too.”

The better selection of wines by the glass is an important development in “adding to the enjoyment of eating out,” according to Carrington, who said that it ensures that people no longer have to “plough through the same bottle”.

Aside from California, Carrington said that South Africa “was a really interesting place right now” having just taken on Craven Wines in Stellenbosch, which he said was a “small husband and wife team”.

In terms of demand, he then said, “Spain is still hot, and Italy I suspect will make a comeback with things other than Pinot Grigio”, while aside from the continued call for Burgundy, he said there was an opportunity for the Loire.

“In general I think it’s a really interesting time to be in the wine trade, the classics are still classic, but there are new classics coming,” he summed up.