Piper-Heidsieck has been named as the exclusive Champagne of the Academy Awards in a deal set to last three years. 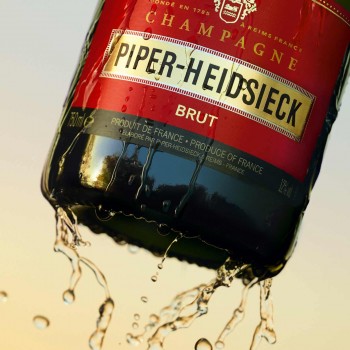 Piper’s brut and rosé will be the pouring Champagnes at the pre-show of the 87th Academy Awards being held in Hollywood on 22 February.

Piper and the Academy of Motion Picture Arts and Sciences have struck a three year partnership which will see the Champagne poured at successive Oscar ceremonies.

Cécile Bonnefond, president and CEO of Piper-Heidsieck, commented: “We are proud to partner with the Academy and are committed to building an enduring relationship over the three-year partnership.

“Our Champagnes are an invitation to celebrate life and the emotions that make it grand. There is nothing more grand than receiving a coveted Oscar. It is therefore very natural for Piper-Heidsieck to be serving its champagnes at the Oscars ceremony.”

The house has cultivated an association with film for over 50 years, beginning with a tailor-made 48-litre bottle celebrating Rex Harrison’s Oscar for his role in My Fair Lady.

The house has also been the official Champagne of the Cannes Film Festival for over 20 years and works closely with the French and American Cinémathèque film archives.