An advert for Scotch whisky brand Spey starring ex-footballer Michael Owen has been criticised as at best “staggeringly boring” and at worst “agony to watch”. 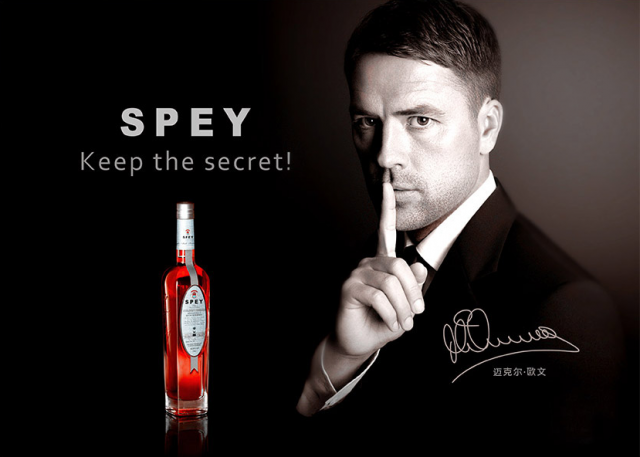 Retired footballer Michael Owen was announced as Spey Whisky’s global brand ambassador in June having signed a three-year deal with the Speyside-based distillery.

However the brand’s first advertisement for China has not been received warmly by UK audiences, with  Owen’s monotone narrative coming under fire.

In the ad, Owen states: “Every time I step into the ring, the spirit of the warrior courses through me. Together, we bolt through the ring with vigorous sensations of speed.”

He continues to divulge that he celebrates his “passion in life”, thoroughbred horse racing, with Spey Whisky, before asking viewers to “keep the secret”.