Cognac house Martell is launching its 300th anniversary celebrations this year in Hong Kong, beginning with a pop-up space at the airport. 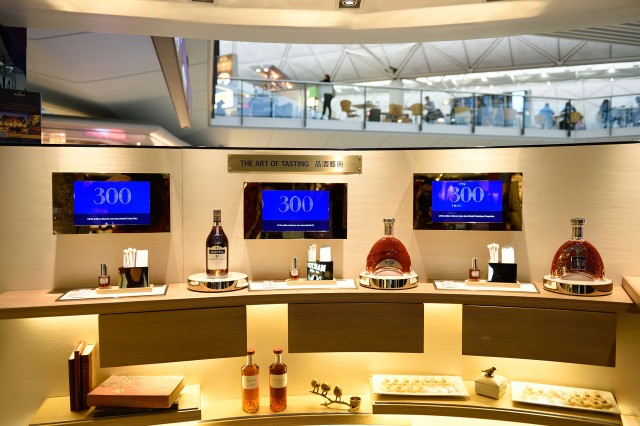 Situated in the East Hall of Hong Kong International Airport, the pop-up is designed to emphasise the house’s “rich heritage” and will include tastings of Cognacs paired with foie gras, personalised Chinese calligraphy and “Cognac-sprayed wooden olfactory mementos”.

Founded in 1715 at the end of the reign of Louis XIV, the “Sun King”, as the enlightenment saw a flourishing of literature, art and philosophy all over Europe, Martell is drawing on these influences as it marks its tercentenary.

The display features “evocative” items from Martell’s history and cellars such as demi-johns, old “montres” style bottles, books and the new Premier Voyage which was launched in Asia last year.

Made from spirits dating between 1977 and 1868, aged in 300 year-old casks and bottled in a special decanter it is one of four limited edition spirits launched last year in anticipation of this year’s celebrations.

The pop-up space will also use iPads and video displays to show Cognac production and the art of blending Cognac.