Former president of Nikka whisky and adoptive son of its founder, Takeshi Taketsuru, has died at the age of 90. 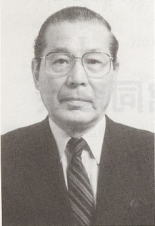 Born in 1924, Takeshi Taketsuru was adopted by his uncle Masataka and his Scottish wife Rita after the atomic bomb hit his hometown near Hiroshima at the end of the Second World War.

Takeshi devoted his life to building his adoptive father’s distillery, Nikka Whisky Distilling, which he founded in 1939 having travelled to Scotland to study Scotch whisky production. It was there that he met his future wife, Rita Cowan.

Takeshi later became master blender at Nikka, now owned by Asahi, and, following the deaths of his parents, helped to expand the company’s reach leading the growth of Japanese whisky worldwide.

He was appointed president in 1985 and remained an advisor to the company until his death at the age of 90 on 17 December 2014, leaving behind a son Kotaro and daughter Minobu.

Sales of Nikka whisky have recently been boosted by the popularity of a television drama based on the lives of Masataka and his Scottish wife Rita.