A university professor in Iowa has created an “intelligent” vodka that promises to reduce hangovers by harnessing ozone to create a purer product. 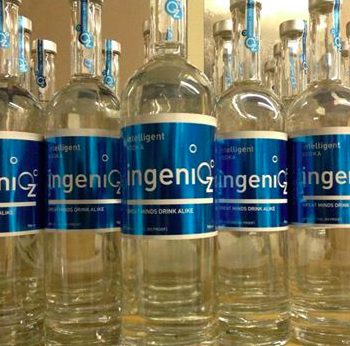 IngeniOz vodka launched last year after Johannes van Leeuwen, a professor in construction and environmental engineering at Iowa State University, realised that a technique he was using to purify water could also be applied to distillation.

The ozone gas, which is produced by ultraviolet light or electrical voltages, is added during the distillation process. Oxygen from the gas attaches to the impure molecules, toxic chemicals that form during fermentation, which can then be filtered out more easily.

Although the producers are careful to note that alcohol on its own can still cause a hangover, they argue that with “no measurable volatile impurities” in their vodka, the negative physical effect will be diminished.

“This is the first additional technology to distillation in 1,200 years to improve alcohol products,” van Leeuwen told Iowa State Daily after the product’s launch in June last year.

The name “IngeniOz” comes from a combination of “ingenious” and “ozone”. The brand is owned and distributed by Oz Spirits, founded by van Leeuwen, and produced using Iowa corn at the Iowa Distilling Company. It retails for around $24 a bottle.