Craft brewers running out of names

US craft brewers are increasingly finding themselves in legal disputes as the huge variety and volume of craft beers means many are using similar names and designs. 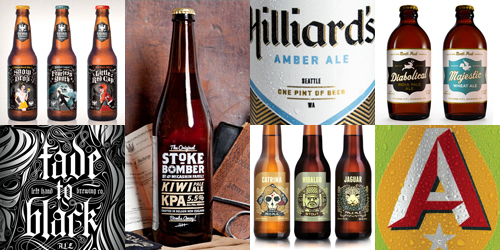 As has been reported frequently over the course of the year, US craft beer is in the middle of a huge surge in growth and there are now 3,200 craft breweries in operation all over the country with another 2,000 in the planning stages.

Yet, as reported by The Salt, all these craft beers means that there are increasingly clashes over names and imagery.

The problem is particularly acute when using beer-themed puns and names such as “Bitter End” or “Hopscotch” exist for beers in all corners of the US.

Candace Moon, a lawyer who has made settling trademark disputes between brewers something of a speciality, told The Salt that it was almost never intentional but: “There are only so many words and names that make sense with beer, so it’s not surprising that many people will come up with the same ideas.”

Sometimes beers from opposite ends of the country may co-exist in happy ignorance of the other or without the brewers caring too much.

When the distances are shorter disputes are often settled amicably, such as the owners of Avery in Colorado and Russian River in California who both had beers called ‘Salvation”.

Meeting at the Colorado Beer Festival they came to an agreement and decided to blend their beers together and create a new brew called “Collaboration Not Litigation”.

The clash between Californian craft brewing power Lagunitas and Atlanta-based SweetWater over the marijuana code “420” that both use was settled without resort to law courts but was a bad-tempered affair.

Meanwhile, Port Brewing sued Moylan Brewing over the latter’s use of a Celtic cross on its labels that Port Brewing had trademarked many years before.

Moylan, furthermore, is in legal battles with an Arizona brewery, Four Peaks, over the name “Kilt Lifter” and associated imagery.

With the craft beer craze showing no signs of slowing down, new entrants to the business may need to do some extra legwork in the name-check department in future to avoid unnecessary legal troubles.