A Tory MP has called for British embassies to serve more English and Welsh wine to foreign dignitaries rather than French. 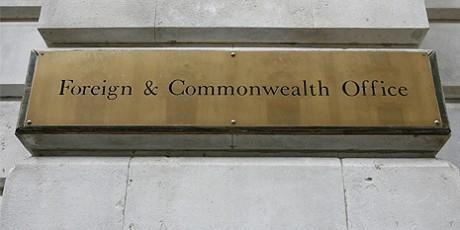 Tracey Crouch, a member of the Department for Culture, Media and Sport, has said more needs to be done to promote the “best of British” and recalled a recent visit to Taiwan where the embassy was serving French rather than English wines.

According to The Telegraph, she told a select committee: “Certainly myself and the chairman were in a foreign embassy last year and they were serving French wine. You wouldn’t go to a French Embassy and expect them to be serving anything other than French wine.

“What kind of conversations are being had to ensure we are showcasing our produce rather than our country as a whole?”

Also at the committee, Brigid Simmonds, chief executive of the British Beer and Pub Association, added that the situation applied to beer as well and that it was a “struggle” to get British embassies to serve British beer.

The Foreign Office replied that it does serve British wine and beer in its embassies and consulates saying: “The FCO promotes British products at functions and business events at more than 260 posts around the world. We do serve British beer and wine, including at our post in Paris, and will continue to do so where appropriate.”

The government has come under fire before for choosing foreign wines over English or Welsh equivalents.

Frazer Thompson, CEO of Chapel Down, criticised the news that just 48 out of 25,205 bottles of sparkling wine bought for the House of Commons over the last four years were English.

Meanwhile, the English wine industry is celebrating a “once in a lifetime” crop from 2014 and sales this year are expected to break through the £100 million mark.