Most beer brands get a sales-volume lift from Thanksgiving through New Year’s. But the brands that stand to profit most are the more expensive brews. How many Thanksgiving hosts serve Milwaukee’s Best? And what self-respecting Santa would drop a case of Natty Light down the chimney? 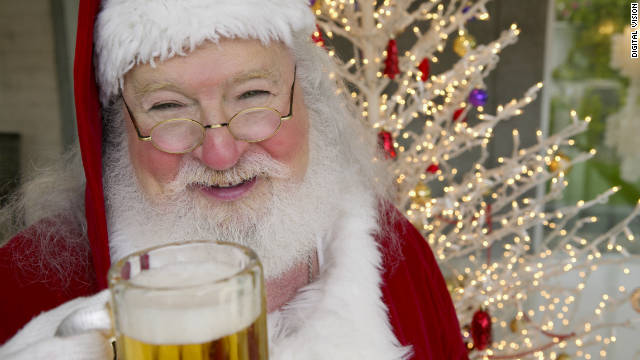 Picking up a few six-packs of more expensive beer for your party tells your friends they’re special. These days, it means choosing one of zillions of craft beers. Just a few years ago, that wasn’t the case. So, who lost all the holiday beer volume the craft guys found?

Answer: the imports. A dozen years back, imported beers–European imports in particular–were the ultimate statement about a host’s good taste. They were the featured beers at the year-end parties. As a result, the Dutch, Belgian and German brewery magnates smiled all the way to the bank. No more. Now, these once-favored holiday beers are gettin’ nuttin’ for Christmas, at least by comparison to American craft beers.

Maybe that’s why Euro-brands, Heineken and Stella Artois, are out with brand-new purpose-made commercials for the holidays. And spending big bucks on television behind them. They want some of that sales action back.

So, who’s got the better holiday ad?

From a music and visual-effects perspective, Heineken’s ad is a tour de force. Urban pounding-beat and rap-esque lyrics accompany a 20-second parade of floating-in-space beer glasses, bottles, and what appear to be little frozen beer-sicles. Then, two bottles are clinked by two friends to the lyrics “Get it together/No surrender” — Huh? — when “Happy Holidays” appears on the screen, followed by fireworks and the Heineken logo.

Music and special effects like these can be a component of effective advertising, but all by themselves, as they are here, they are simply not advertising. In this ad there is absolutely nothing at all communicated about the beer, nothing to make Heineken a distinctive brand, no real reason to give the brand a try. Artistically pretty ads of this sort, empty of content, simply do not sell beer. Or much of anything else. 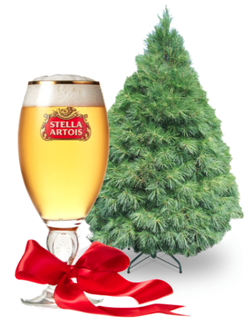 Quite a contrast! Here’s a warm and engaging little story about how the beer was originally brewed to celebrate the holidays. And how the Belgians replaced an unfortunately broken glass-star tree-ornament with the star-bearing bottles from the Artois brewery. It ends with “Give beautifully,” a perfect call-to-action related directly to the Stella product, and to the holiday expensive-beer-giving season.

Stella is the only beer that could say all this. The ad is devoted entirely to communicating the brand’s distinctiveness.

And that’s exactly what makes for solid advertising.