Heavy metal band Anthrax have released a limited edition single barrel Bourbon named after one of their hits. 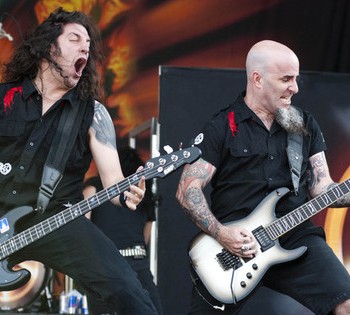 Indians, named after their 1987 hit of the same name, was produced in partnership with Jefferson’s Bourbon, a Kentucky-based company that produces small batch whiskeys by blending a variety of aged bourbons and rye whiskeys.

Anthrax’s Bourbon was chosen personally by the band, as reported by Blabbermouth.net.

“We’ve been wanting to come up with a special item like this, something that was unusual, one-of-a-kind, not a t-shirt or hoodie or poster,” said bassist Frank Bello, “and ‘Indians’ was perfect.”

The expression will be exclusively available in a select number of US states through Atlantic City Bottle Company at $75 a bottle.

It will be sold with a signed piece of stave from the barrel in which the whiskey was aged.