The Liv-ex 100 index showed a rise for the fourth month in a row in November, with Champagne top of the movers as Christmas approaches. 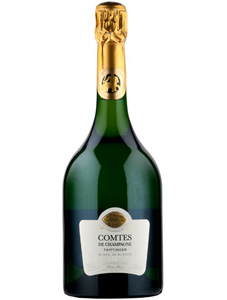 The Fine Wine 100 index, which follows the 100 most sought after wines in the secondary market, rose 0.3% in November, as the market continues to edge slowly upwards after 17 months of quite serious decline.

The Fine Wine 50 however, which charts the first growths, declined slightly (0.2%) on October, which has been difficult for the five estates with weekly reports showing rises followed by falls.

Taittinger’s 2004 Comtes de Champagne was the main mover in November rising 8.6$ to £717 a case. Comtes is one of the leading prestige cuvées from Champagne and has seen a great deal of success with recent releases due to its quality and solid scores.

Other top movers in November included mature Bordeaux such as 1996 Pichon Lalande and Margaux and 2000 Lynch Bages and “off-vintage” Bordeaux in the shape of 2008 Haut-Brion.

Yet first growth Bordeaux was also among the worst-performing wines with 2005 Latour declining by 3.4% and 2010 Lafite going down 4.6%.