An at-home, fully-automated cocktail maker that promises to churn out bespoke “craft” cocktails in just five seconds is on track to receive funding via Kickstarter. 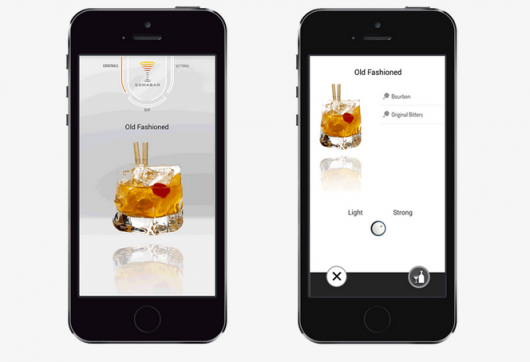 The Somabar, operated via a wi-fi connection and mobile app, features six canisters than can be filled with your preferred spirits and mixers, as well as a seventh container for bitters of syrups. Capable of recommending cocktails based on your ingredients and personal preferences, Somabar can mix your selected cocktail in “less than five seconds” at the touch of a button.

It can even track your drinks inventory to ensure you never run low on stocks for your favourite serve.

Designed by Los Angeles-based mixology and technology “nerds” Ammar Jangbarwala and Dylan Purcell-Lowe, the device is able to clean itself via an internal flushing system after each drink.

While acknowledging that there is “no other way to make a craft cocktail other than by hand”, the pair claim their invention is able to make craft cocktails in a “precise and consistent” way, just like a “professional mixologist”, in your own home.

Inspiration for the invention came after the pair realised that there were no affordable automated bar tending solutions on the market.

They said: “With the only automated bartenders costing around $4,000, we figured something had to be done. So we started tinkering with electronics, pumps, and a countless amount of liquor bottles. After testing many prototypes we finally created a product that our friends wanted to use.”

Should the funds be raised, the first Somabars will be released in July 2015 with an estimated cost of $699.