A new era for Cyprus wines

Winemakers of the island are refining their unique traditions and varieties for a modern marketplace. 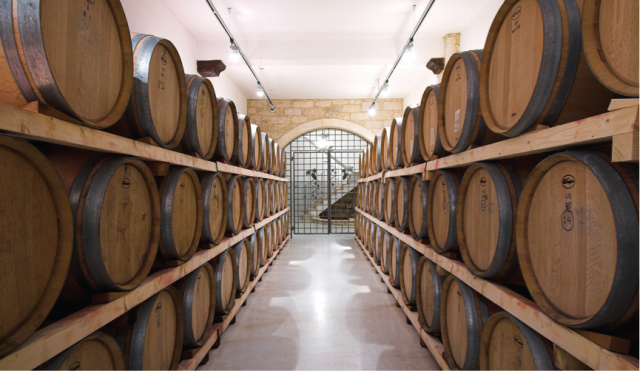 The last 10 years have seen dramatic changes in the Cypriot winemaking landscape. Following the country’s entry into the EU in 2004, the winemakers of Cyprus have taken the best of what Europe offers from wine production through to marketing and branding and combined it with their own personality and history to offer UK consumers something unique.

Winemaking in Cyprus stretches some 6,000 years into the past and it is widely believed it was these early vineyards that triggered the spread of winemaking around the ancient world.

Cyprus still boasts some of the world’s oldest grape varieties, unaffected by phylloxera at the end of the 19th century. It also has wines with colourful histories, such as the renowned and several-times award-winning Commandaria.

The amber-coloured sweet wine has the distinction of being the world’s oldest named wine that is still in production. It was said to have been served at the wedding of Richard the Lionheart during the crusades of the 12th century. As Cyprus was home to various orders of knights, the wine came to be known as Commandaria – which comes from the word Commanderie, meaning ‘military headquarters’ – and the sweet wine became commonplace at the royal tables of Europe. Commandaria wine is made exclusively from the indigenous grapes Xynisteri and Mavro. After harvest the grapes are laid in the sun to concentrate their natural sugars. During fermentation winemakers have the option of fortifying the wine, which is then aged in oak for a minimum of four years.

But just as impressive as the country’s ancient history are the recent advances of the wine industry. When it comes to native grapes, Cyprus has identified those with the greatest quality potential, white and red, and is growing plantings, ensuring there is a real sense of place to the wines produced. The leading indigenous white variety Xynisteri produces fresh, light-coloured wines with low alcohol levels that are usually best drunk young. However, a new generation of oenologists has also proved that Xynisteri can produce ageworthy wines with rich, complex flavours and a full-bodied palate.

Also, one of the best-known is red grape Maratheftiko (also known as Bambakada), which can produce concentrated wine which has a colour, fragrance and tannic structure that is similar to Cabernet Sauvignon. It is also a versatile grape that can be used to make a range of wine types – from rosés and light reds to wines suitable for ageing.

On the other hand, Mavro (meaning black) is by far the most widespread red wine variety of the island, which performs best from vines found in mountainous regions with poor, barren soils giving red wines that must be consumed young. Maratheftiko and Mavro often blend together to give truly Cypriot red wines. Indigenous grapes give the wines of Cyprus a unique selling point in the UK market and blend well with imported varieties, such as Chardonnay, Sauvignon Blanc, Sémillon, Cabernet Sauvignon, Syrah, Cabernet Franc, Grenache and the Greek grape Lefkada. Such grapes have been planted on the island over the past 40 years, and are used for varietal wines too.

Since 2004 Cyprus has upheld a classification system based on the right given to four viticultural regions on the island (Akamas Laona, Vouni Panayias – Ambelitis, Pitsilia and the Wine Villages of Limassol) to produce wines denoted as Wines of Controlled Appellation of Origin and a fifth region where Commandaria Wine (Protected Geographical Indication) is produced.

Over recent history the four key traditional wineries – ETKO, KEO, SODAP and LOEL – have been joined by over 60 smaller regional wineries to give birth to a new era in Cyprus viniculture and wine production. Cyprus’ winemakers are continuously expanding production by planting new vineyards, buying and restoring old wineries and investing in human expertise to develop new techniques and blends in winemaking that have led to many international accolades.

When it comes to wine marketing however, Cyprus is all about modernity. Its brands and labels are sharp, sleek and of simple design, reflecting how the industry presents itself within the global wine market. Its wine industry has strived to stay globally competitive by investing large sums to maintain the best facilities. The effects can be seen in the quality of the winery visitor centres across the country. Tasting rooms are state of the art and there is the Wine Routes of Cyprus, which comprises seven designated tours taking in striking scenery, allowing tourists to taste wines in stunning settings.

If world-class wines and incredible landscapes aren’t enough on their own, there’s the annual Wine festival of Cyprus, held between late August and early September. The festival consists of days of music, traditional Cypriot fare and, of course, wine in abundance. Alternatively, wine lovers can visit the Wine Museum, built near Limassol to showcase the long history of Cyprus’ wines and their diversity and the relationship between the islands viticulture and its culture.

While the Cyprus wine industry understands the competitive nature of the global wine market, the island deserves an important place on the international wine map. After all, Cyprus has a wonderful 6,000 year-long tradition of winemaking and consuming.

• A comprehensive directory of wineries in Cyprus can be found on the Cyprus Trade Centre website: www.cyprustrade.com