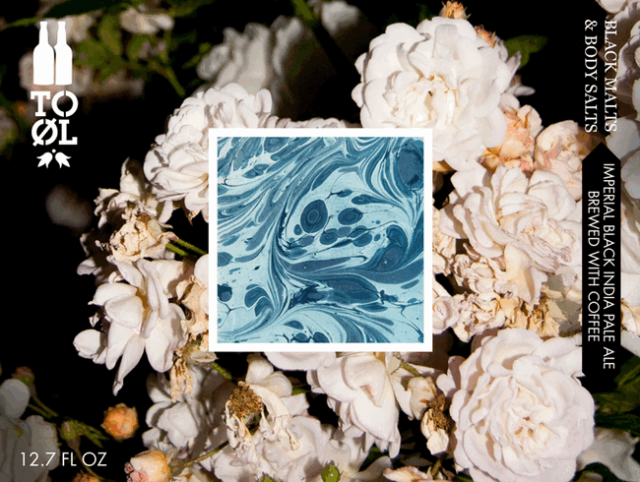 Michael Bates writes in the UK’s York Press, on this coffee-infused black IPA that, unsurprisingly, “pours espresso black with a thick butterscotch head.

“The aroma is complex; laden with mangoes and apple peel, playing over a background of peanut brittle, sour black coffee, and a suggestion of pineapple cubes.

“The flavour is initially quite gentle, with a soft dusting of bitter and fruity black chocolate and a sweet coconut cream body leading the way. Blackcurrant and liquorice rise from the back, adding rich berry and sour-fruit notes before a rush of deep roasted coffee washes across the palate.”

And Bates concludes, “An assertively hopped, bitter finish plays against the coffee giving an almost menthol black chocolate and espresso flavour that recedes into a sticky caramel finish.” 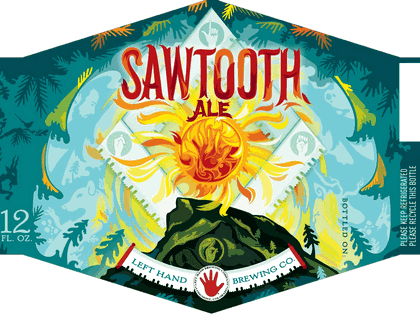 Natasha Gardner, for Denver magazine 5280.com, writes on a brew that she’ll “reach for after a long workday when I know I have an early a.m. alarm coming.”

She writes, “The amber pour has a delightful head that holds up well as you drink. As you take your first sip, you’ll notice caramel flavours and dough-like malts. Being a Colorado brew, you find plenty of hops, but they are subtlety presented.

“As promised by the ESB style, there is a bitter finish, but it is dry and doesn’t blow out your palate. All of which is why Sawtooth is just the kind of shoulder-season (between GABF and winter stouts) brew I can get behind.” 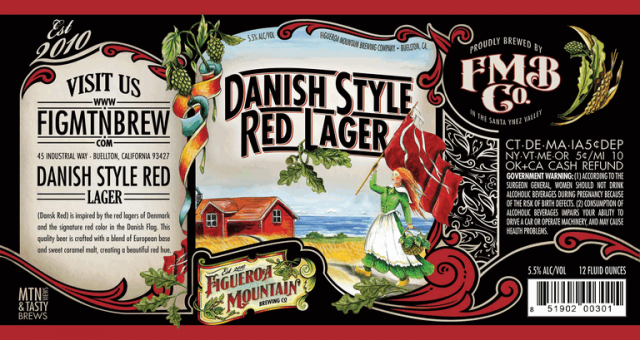 John Verive writes in the LA Times about this creamy pour out of Santa Barbara.

He writes, “The beer pours a hazy copper with a creamy head. It has aromas of caramel apples and toasted bread. Seven different malts are used to brew the sweet-yet-not-cloying Vienna-style lager and provide layer after layer of malty flavours.

“This richness is offset by just enough hop character to provide balance. The brew’s clean finish accentuates a delicate bitterness that doesn’t linger on the palate.

“The Vienna lager is a style largely ignored by craft brewers, and Figueroa Mountain’s interpretation demonstrates just how satisfying the crisp, malty beers can be, especially when served with food,” he concludes. 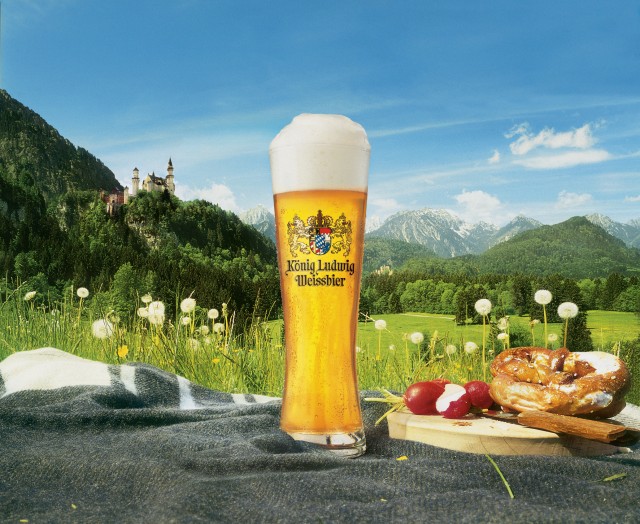 “If we can believe the label, King Ludwig travelled from Bavaria to an importer in Cincinnati, Ohio, before landing in Canberra as fresh as can be. 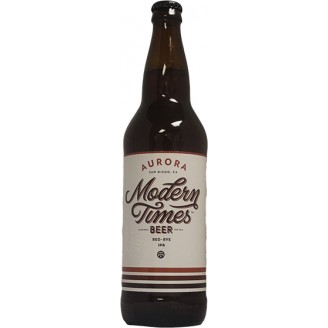 Ian Cheesman writes for San Diego Citybeat about this “crimson brew has a nose rich with red bell peppers, orange and rye bread.”

“To put it simply, I want another one. Maybe two. Honestly, I want a bucket of this beer served with a trough of carnitas slathered in green jalapeño sauce. And then I want to be left alone to revel in the indulgence of it all, issuing groans of hedonistic pleasure.” 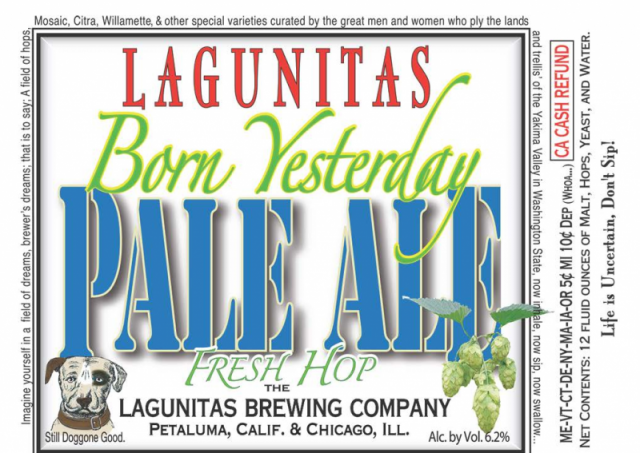 “I popped the top and was hit with a zesty nose, like something you’d get out of an over-hopped IPA. It was heavy on pine with just a bit of citrus, and the taste followed suit: “zesty” is the word I kept writing down.

“Squeeze a grapefruit over a pine tree, sprinkle a little pepper on it, then eat it. That’s what this beer tastes like. It was crisp, with a slightly oily mouthfeel and a dry finish. A bit more bitter than most pales, but overall, damn refreshing.” 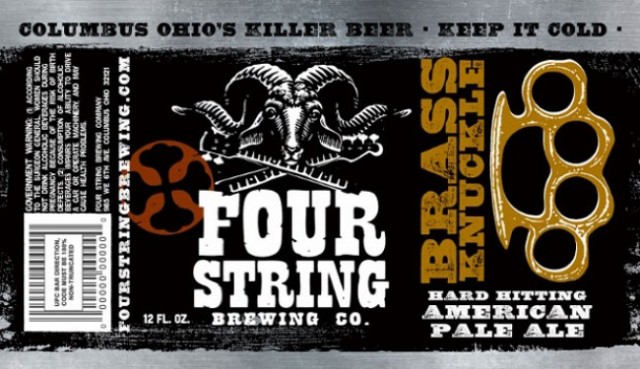 Marc Bona writes for Cleveland.com on an American Pale Ale that “doesn’t have a heavy mouthfeel. Pine notes hit up front in this burnt-sienna coloured ale while the hops are dormant – but not dead. They burst through on the finish and give your taste buds a pleasant slap.

“It is 5.75% alcohol with 36 International Bitterness Units – definitely not over the top but enough. I like this line on the Columbus brewer’s website, true about any well-made beer: “These are the Four Strings: Water, Malt, Hops, Yeast. These are the simple notes to be played in complex order to create a masterpiece that keeps them coming back for more.”” 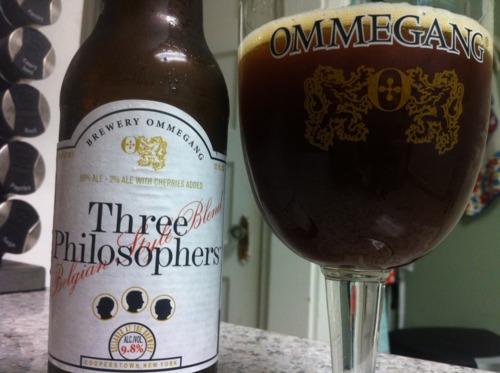 Will Gordon is full of admiration for this offering as he writes in The Concourse.

“Ommegang Three Philosophers pours a deep reddish brown and has a very strong chocolate-cherry aroma. The dark-caramel-malt smell eventually wins out, but the cherry is more prominent than I’d have guessed, given that only two percent of the blend has actual fruit in it (I’d have believed 20 percent).

“Ommegang Three Philosophers is pretty damn good by any measure, and a downright gem for the price,” he concludes.

Jan Zeschky takes to The Province to write on this Canadian offering.

“Persephone has been releasing consistently good beer since it opened late last year.” And Harvest IPA fits this bill.

“It’s an amber hue with golden highlights and a dense white head that lavishly laces the glass. There’s a heady, biscuity malt sweetness on the nose with a beautiful bouquet of nicely spicy and tangy hops and just the faintest ‘solventy’ notes.

“Surprisingly, it’s the malt profile that’s most noticeable at first: a deliciously rounded, chewy, caramel biscuity malt. Then some great herbal, piney, tangy hops – reminiscent of that Sartori lime pickle – come into play above the palate before a nicely dry, spicy finish. The aftertaste is pleasantly chewy with just an echo of spice.” 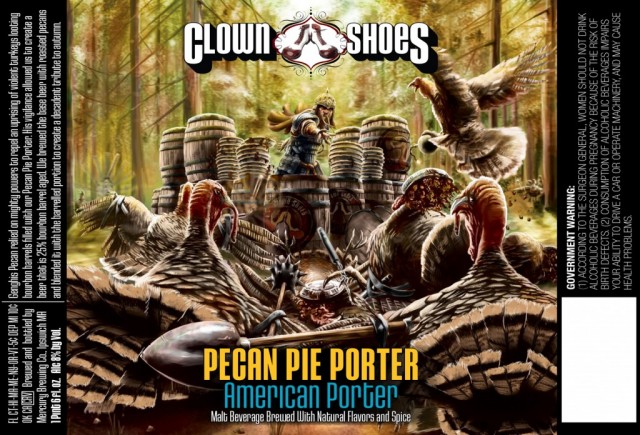 And finally, with a second entry by Will Gordon in this week’s roundup, he is full of praise for this surprisingly excellent beer.

“This is totally worth trying,” he writes. “Pecan Pie is an eight-percent-ABV porter brewed with roasted pecans, with a quarter of the final blend aged in bourbon barrels. It smells like dark rum, with the strong molasses character complemented by a vanilla extract note from the partial barrel-ageing.

“It smells roasty, too, but in the typical manner of a big porter – the pecans don’t really show up until drinking time. The taste isn’t as weird as I’d feared, with a restrained nuttiness – I’d have guessed hazelnuts instead of, or at least in addition to, pecans, though I’m probably just bad with nuts – joining dark chocolate, coffee, decent brandy, and cola notes before it dries out on the long, mostly bitter finish.

“Clown Shoes Pecan Pie Porter is ultimately a bit messy, with a few too many moving parts for my taste, but it is absolutely a serious and well-made beer that should appeal to any fan of flavoured porters.”