The Stonier International Pinot Noir Tasting is taking place in Hong Kong for the first time this month, giving the local trade a chance to compare Pinot Noirs from around the world. 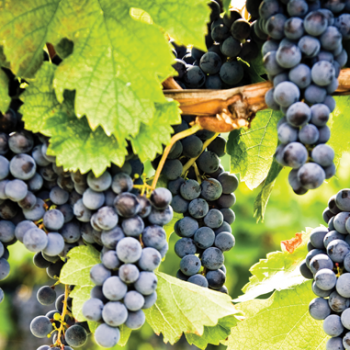 Led by Jeannie Cho Lee MW alongside, “The Flying Winemaker” Eddie McDougall and Stonier’s winemaker Mike Symons, the tasting features 12 Pinot Noirs and is meant to be a chance to see the various styles from around the world and in particular the growing quality from the New World.

Speaking to the drinks business, Symons explained that Stonier – one of Australia’s first Pinot producers – set up the tasting over 15 years ago.

“To begin with it was a chance to see where Australia and New Zealand stacked up against Burgundy,” he explained.

“Now it’s more of a snap shot.” What it certainly is not, he continued, is a way of showing people “what it has to be.”

The tasting has already been held in Melbourne  this year – also chaired by Lee – but Symons said that whenever the tasting went on the road it was “always fascinating to the range of different opinions.”

Those attending the tasting will be presented with four Burgundies, four Australian Pinots and one each from New Zealand, Oregon, Germany and, for the first time, Chile.

Symons added that over the years it has been interesting to see the development of New World wines and how they are forging their own identities as vines get older and winemakers gainer greater knowledge of their sites.

It is also interesting, he noted, to see certain audiences finding they sometimes prefer the New World examples.

“The London audiences always think they have to or that they will always love Burgundies more but it’s not always the case.”

Arron Brasher, regional director for Australia, Asia and Emerging Markets for Wine Australia, told db that Australian Pinot Noir was well-positioned to capitalise on the growing renown of Australian wines and the surge in Pinot’s popularity in Hong Kong and Asia.

“The hardware is there and we’re really starting to see the awareness too.”