North Korean dictator Kim Jong-un has taken to necking copious bottles of snake wine in a bid to get his wife pregnant. 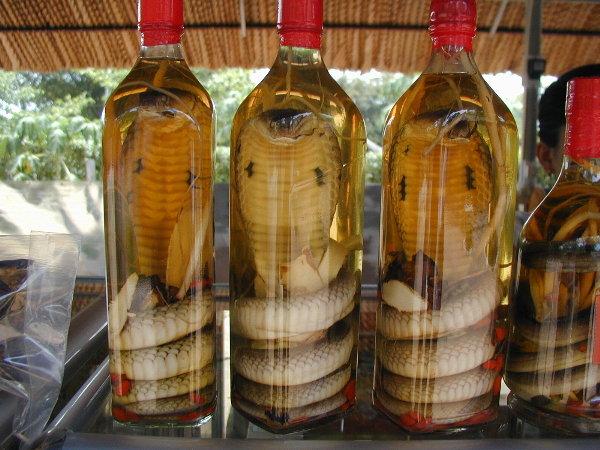 As reported by the Daily Star, the despot has requested for bottles of snake wine, each including a pickled cobra, to be sent to his palace in North Korea.

Legend has it that snake wine has medicinal properties and can both increase fertility in women and improve virility in men.

Jong-un and his wife, Ri Jol-su, are allegedly having problems conceiving due to health problems from Jong-un being overweight.

The leader is said to have recently developed a taste for French cheese and Johnnie Walker whisky, which has made him so fat he’s fractured his ankles.

“The elite in the country joke that he is now too big to please his wife and that’s why they do not have any other children,” a Seoul resident told the Daily Star.

“One senior official said that Kim was drinking many bottles of snake wine to help him in the bedroom department but nothing seems to be working,” they added.

In 2013 we reported that a Chinese woman had to receive hospital treatment after a snake preserved in rice wine jumped out of the bottle and bit her hand.