Jura has released a limited edition 1984 Vintage in honour of writer George Orwell. 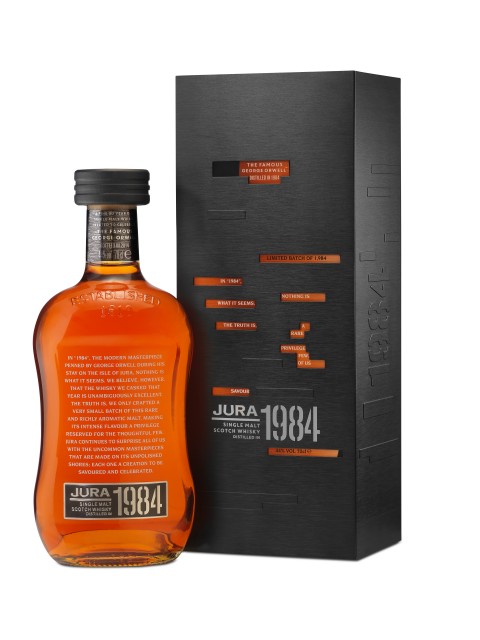 The Jura 1984 Vintage has been released in homage to George Orwell who wrote the novel Nineteen Eighty-Four whilst staying on Jura, an island nestled off the West Coast of Scotland which was rebuilt in 1963 to revive a tiny community.

Only 1,984 individually numbered bottles of the limited edition single malt whisky, casked in 1984, will be made available worldwide.

Willie Cochrane, Jura distillery manager said: “Every good malt whisky has a story to tell and Jura’s tale is particularly unique. We’re delighted to add another exciting chapter with the release of this extraordinary limited edition vintage. Jura 1984 Vintage is an uncompromising addition to our range in homage to the island’s most distinguished guest. 1984 is certainly a year to remember.”

The expression, matured in American white oak, Amoroso and Apostoles Oloroso sherry butt casks, has been described as a “rare and richly aromatic malt”, with notes of honey, vanilla, ginger, peach syrup and banana cake on the nose and ripe pineapple, bitter chocolate and rich morello cherries on the palate.

Jura 1984 Vintage is non-chill filtered at 44% and is on sale now at £750 from all good whisky specialists.