Going around the blend

South Africa’s blended white wine is a flagship for the country’s overall offering. Tim Atkin MW takes us through this strengthening category. 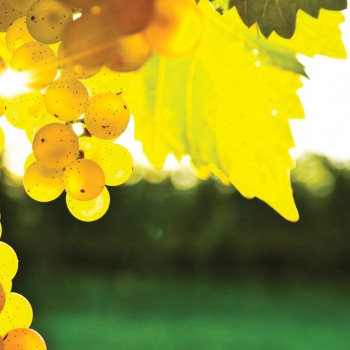 THERE AREN’T many first releases that send wine writers into a lather, especially if they are made by relative unknowns. But the 2011 Alheit Cartology, described by Chris Alheit as “an exploration of the Cape’s heritage”, had critics purring with pleasure. A blend of mostly Chenin Blanc with 12% Semillon, it set a new benchmark for South African whites. Not bad for what Alheit describes, with characteristic modesty, as “village wine”.

With hindsight, Cartology may come to be seen as a milestone in the history of Cape wine, and this for two reasons. First, it focused people’s attention on the quality of some of the country’s old vines – a scarce and, until comparatively recently, dwindling resource thanks to the uprooting of venerable parcels of Chenin Blanc; and secondly, it underscored something that insiders have known for some time: South Africa’s best wines are its white blends.

• The 2011 Alheit Cartology may come to be seen as a milestone in the history of Cape wine because it reenforced the point that South Africa’s best wines are its white blends.
• The two strands of the white blend category – Sauvignon and Semillon on the one hand and ‘Mediterranean’ on the other – have gone from strength to strength.
• Bordeaux blends are nearly always dominated by Sauvignon Blanc due to market popularity.
• Mediterranean white blends are a much more diverse category.
• Now in its third vintage, Cartology continues to deliver the goods, as do many South African white blends.

In fact, I’d go further than that. They may be less well-known than varietal Chardonnays, Sauvignon Blancs and Chenin Blancs, but South African white blends are some of the most exciting and best value wines in the New World. They may only represent what Tim James in his book, Wines of the New South Africa, calls “a tiny proportion of South African production”, but they are vital for the industry’s image and sense of worth.

The category is remarkably recent, emerging, like so many positive trends in Cape wine, since the first democratic elections in 1994. In fact, you could argue that white blends really began in 2001, when André van Rensburg, the outspoken winemaker at Vergelegen, launched what he now calls his GVB White: a barrel-fermented Bordeaux style blend of Semillon and Sauvignon Blanc.

Just as significantly, the following year saw the release of the first bottling of Eben Sadie’s Palladius, a “Mediterranean style” cuvée based on Chenin Blanc and containing anything up to nine other varieties, depending on the vintage. One of the anomalies of the South African scene is that Chenin, the country’s most planted white grape with 17,889 hectares out of a national total of 99,680 ha, is regarded as a warm rather than cool climate grape. So Rhône or Mediterranean style blends often, but not always, contain Chenin Blanc.

Van Rensburg and Sadie started a twin revolution. The two strands of the white blend category – Sauvignon and Semillon on the one hand and “Mediterranean” on the other – have gone from strength to strength since the turn of the century. In the space of only 14 years, they have come to include many of the Cape’s best whites.

The two schools of white blend are very different in style, but also, more often than not, in origin. The Bordeaux style blends tend to come from coastal sites in Cape Point, Constantia, Elim, Durbanville, Elgin and Walker Bay or the cooler parts of Stellenbosch, Bot River and Franschhoek, while the Mediterranean ones, as their name suggests, hail from the hotter climates of Wellington, Paarl and especially the Swartland. There are exceptions to both rules, but they are solid generalisations. Sauvignon Blanc doesn’t do well in warm sites, just as, say, Viognier and Roussanne underperform in cool ones. Chenin Blanc, as we know, is more adaptable, producing equally brilliant wines in the Loire and South Africa, but it, too, tends to prefer the warmer regions of the Cape.

Bordeaux blends are nearly always dominated by Sauvignon Blanc. This is partly because there is a lot more Sauvignon than Semillon under vine – 9,320 ha as opposed to 1,194 ha – but also because the former is more popular with consumers both in South Africa and on export markets.

Semillon is among the oldest varieties in the Cape and was widely planted in the 19th century, but is not as celebrated or as well known as it ought to be. Plantings have dwindled and old vineyards are increasingly rare, despite the efforts of viticultural consultant Rosa Kruger, who seeks out and tries to preserve venerable blocks of Semillon and Chenin Blanc among others.

“Paradoxically, it makes my wine more accessible at an earlier stage, but it also keeps well because it has a low pH. And it’s a bit less Sauvignon.”

HEADING TO THE MED

Mediterranean white blends are a much more diverse category. The pool of grapes that goes into them includes Chenin Blanc, Viognier, Grenache Blanc, Verdelho, Marsanne, Roussanne, Clairette, Palomino, Muscat, Chardonnay and (a little confusingly) Semillon, which is also used for Bordeaux blends. Chenin, as I’ve mentioned, is at the core of many of these wines, partly because there is so much of it. Like Semillon, it is an old Cape grape, but it has fared rather better in terms of its survival. There is only 51ha of Roussanne in South Africa for example, and a more meager 9.53ha of Marsanne.

The heart of the Mediterranean white blend movement lies in the Swartland – an area that was rediscovered by Charles Back of Fairview, who released his first wines under the Spice Route label in 1998, using the then-unknown Eben Sadie as his winemaker. The irony here was that Back was originally alerted to the potential of the region by the quality of a Sauvignon Blanc he tasted from a local Swartland co-operative, rather than a Mediterranean grape.

Sadie himself, a passionate, almost obsessive winemaker, remains the most important figure in the world of Mediterranean white blends. He makes a couple of varietal old vine Chenin Blancs, Mev Kirsten and Skurfberg, but his other whites are all blends of one type or another: Kokerboem (Semillon and Semillon Gris), ‘T Voetpad (Chenin, Semillon, Muscat and Palomino), Skerpioen (Palomino and Chenin Blanc) and Palladius (Chenin Blanc with nine other grapes). Despite his love of Semillon – as much for its history as its role in Bordeaux blends with Sauvignon Blanc – Sadie thinks that Mediterranean grapes are the way forward for the Cape’s warmer regions.

“South Africa’s conditions are generally much closer to those of Spain, Portugal or southern Italy than they are to those of France. Rabat is further from the Equator than Stellenbosch is, so why aren’t we looking at the grapes they grow in Morocco? The Cape has suffered from Bordeaux-itis for too long, and it’s a very severe virus. You need to plant what really belongs in any given area, not what others tell you.” Sadie has inspired a generation of younger winemakers to produce Mediterranean blends, both white and red. These include Donovan Rall, David Sadie (no relation), Chris and Andrea Mullineux, John Seccombe of Thorne & Daughters, Carl van der Merwe of DeMorgenzon, Paul Nicholls and Rebecca Tanner of Fable Mountain Vineyards, Alex Starey of Keermont, Niël Groenewald of Bellingham and, of course, Chris Alheit from Alheit Vineyards.

Tellingly, Alheit describes Sadie as the person who “changed the game completely in South Africa. He’s the most important ever winemaker in the Cape.” Some would argue that for a man who is still in his early thirties, he’s not done so badly himself. Now in its third vintage, Cartology continues to deliver the goods, as do many South African white blends.

• All winemaker photographs in this article courtesy of Tim Atkin MW