Austrian winery Domäne Wachau has set its sights on Asia after several years of restructuring its main European export markets. 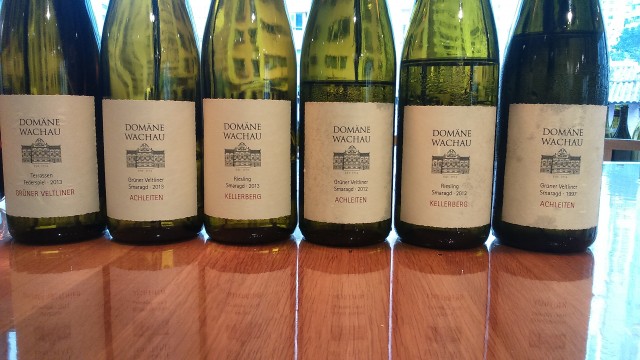 Speaking to the drinks business at new importers l’Imperatrice, Melanie Topp, the estate’s export director, explained: “We’ve done a lot of restructuring in the last 10 years, re-building the UK, US, Swiss and Scandinavian markets.

“We put a lot of energy into them as we felt we could achieve sustainable goals there. Our wine is sold out every year and we’ve created good partnerships with our distributors. That was why we waited for Asia.”

That waiting, however, is now over. Having signed up to Imperatrice, Topp continued that, “Asia is now open to Austrian wines, particularly Hong Kong where the wine society is well developed.”

She said that the main goal was to find a “small niche” and take “sustainable steps”, the estate being wary of promising wine it can’t deliver especially when small harvests come along as happened in the Wachau this year.

“It’s not about moving volumes,” she said, adding that, “I think many are investing [here] to move volumes but for us it’s a different approach.

“Hong Kong is a very important image market in order to present the terroir of the Wachau and its heritage. We prefer to set a smaller focus so we’re starting with Hong Kong, Shanghai and Singapore is the enxt step.”

Topp continued that the on-trade would be the primary focus, helped by the community of European sommeliers who may already be familiar with the brand or at least the Wachau.

As with many small European regions, the major challenge to overcome is a lack of awareness of Austria and the Wachau more specifically but Topp was hopeful.

“The people here are so interested and learning fast. The Wachau is complex but wine lovers here understand it.

“We need the wine enthusiasts who are interested in the small details. With all the single vineyards and styles we have, you need to go deeper.

“It’s a very different culture here but on the other hand as people are interested in Western culture I think it’s a good basis for introducing the wines.”