Canadian wines have a chance to capitalise on the strong links between Canada and Asia as the realisation of its wine industry’s growing quality spreads. 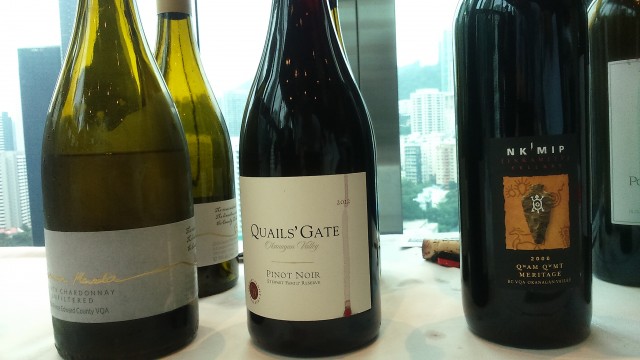 Speaking to the drinks business at a recent tasting for Canadian wines, Joseph Luk , managing director of Cuvées, said that he has seen a growing number of importers adding Canadian wines to their lists.

“It takes guts,” he said, “and I’m glad to see it happen. It’s the last frontier for wine seeing as you even have wines from Finger Lakes here.

“I see it as the last great wine country to be introduced.”

Allison Slute, export manager for Pillitteri Estates which is sold in Watson’s added that having made inroads with icewine, “what Canada is known for”, more table wines were beginning to follow in that style’s footsteps.

“The key to success is an ambassador on the ground to spread the word for us,” she said. “There’s good potential here and I think Asians really appreciate Canada and our culture.

“I’m very optimistic about the wine’s future, we can create a nice little niche for ourselves in time.”

One of the event’s organisers, wine writer Rebecca Leung added: “With the growing wine knowledge and attitude among the young, Canadian wine has the potential to be a star here.”

Luk noted that some 300,000 Hong Kongers, himself included, are Canadian passport holders and that link to the country could also prove beneficial with many travelling back and forth between Asia and their families in Vancouver and Toronto and, in turn, being exposed to Canadian wine.

Several prominent restaurants in Hong Kong are owned and/or run by Canadians too such as Yardbird and Shore Steak House.

The small nature of Canada’s wine industry and the relatively high cost of the wines means that Canada will never be able to compete on the same level as France, Chile or Australia.

Nonetheless, the fact that people are beginning to accept Canada is more than just icewine is an important step in gaining further recognition.