10 of the world’s oldest pubs

While the world’s oldest bar might be a hotly contended title, not least among landlords, there is no doubt that this collection of watering holes have stood the test of time. 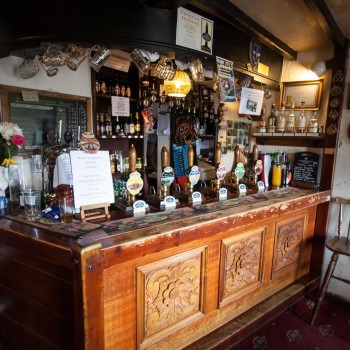 From ancient inns, caves and ghostly goings-ons, some of these pubs have been serving up pints to weary travellers for as long 1,000 years against a backdrop of countless civil wars, The Crusades, witch trials and royalty.

Some boldly lay claim to being the world’s oldest, however each one undoubtedly has a history deserving of a place in the top 10. If the cool refreshment wasn’t enough to entice you into these pubs, the history held within their time-worn walls should be enough to make a trip worthwhile.

You can watch our roundup of five of the oldest pubs in the world right here: 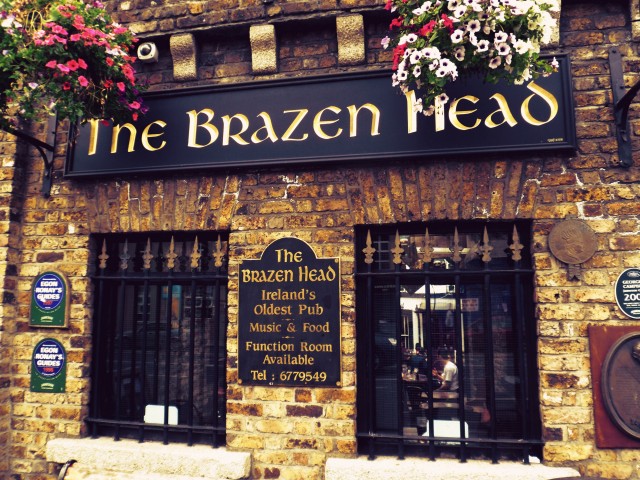 The Brazen Head claims to be the oldest pub in Ireland, a subject of much dispute particularly with the later mentioned Sean’s Bar. It claims a history dating back to 1198 AD when it was first established as a coach house. However it is not clear how much of the original 11th century coach house remains today. Nonetheless, it is still one of the oldest pub’s in Ireland with a rich history and once frequented by famous faces including James Joyce, who mentioned the pub in his novel Ulysses, Jonathan Swift, the author of Gulliver’s Travels, and supposedly Robin Hood. More recently, it has welcomed the likes of Van Morrison and Garth Brooks. 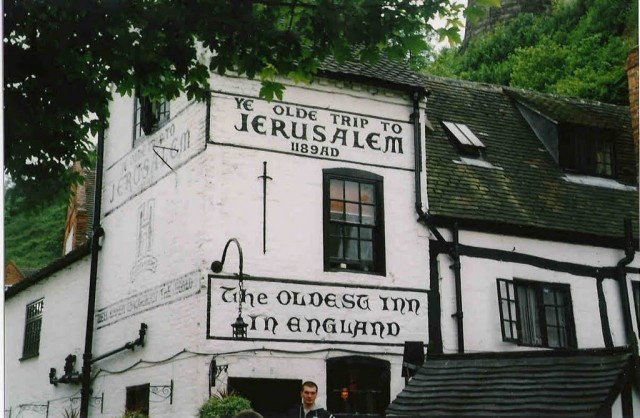 This pub claims to be England’s oldest inn dating back to 1189 AD. It sits upon a network of caves believed to have belonged to a nearby castle nearby and used as a brewhouse. Following their excavation in the 1970s, archaeologists dated the caves to have been built in the 12th century which would suggest that a watering hole of sorts had existed at the site during the time of the Crusades and Richard the Lionheart. While the main building, built on the foundations of earlier constructions, is only about three hundred years old its larger ground level caverns beneath its are used as the pub’s rear drinking rooms. 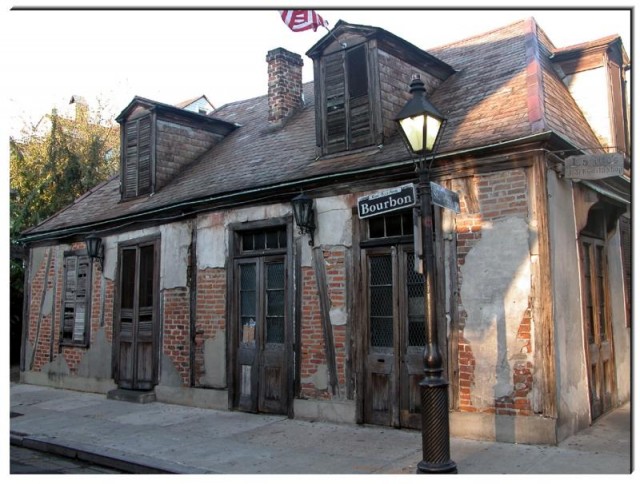 This wooden shack is believed to be the oldest structure used as a bar in the US and has a chequered history having once been owned by pirates. Located in New Orleans, the premises was once owned by pirates Jean and Pierre Lafitte who planned raids and ran their Barataria smuggling operation from the site. It was named a “blacksmith” shop as to divert attention from the authorities. Much like most New Orleans bars, Lafitte’s Blacksmith Shop is described as a “gumbo of truth and French, Spanish, African, Cajun and American embellishments.” 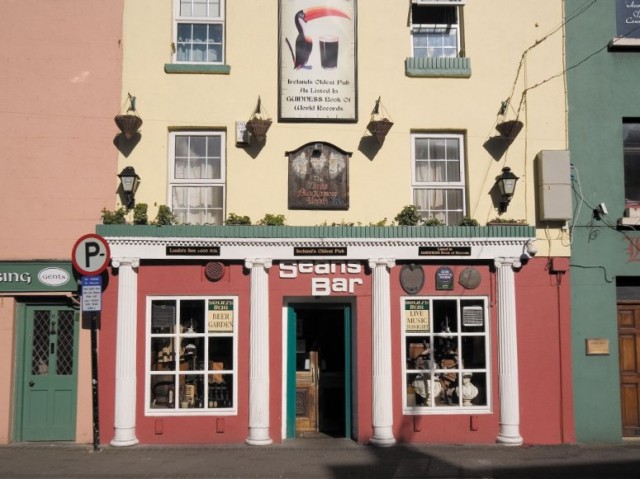 Dates from: 900AD (1,114 years old)
Officially the oldest bar in Ireland, according to the Guinness Book of World Records, Sean’s Bar is currently being investigated to determine if it is in fact the world’s oldest bar. It dates back to 900 AD, a fact confirmed during renovations in 1970 when the walls of the bar were found to be made of wattle and wicker which placed the origins of the building in the 10th century. Remarkably, according to Frommer’s travel guide, the bar holds records of every one of its owners throughout its long history,  including Boy George who owned it briefly in 1987. 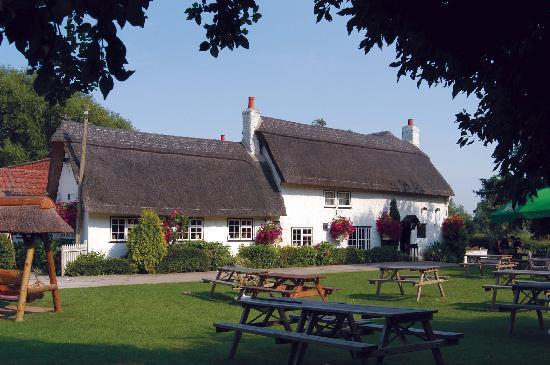 While some claim that this riverside inn in Cambridgeshire dates back as far as 560AD, a more reliable estimate is a foundation date on the site which places it at 1400AD. The pub is said to be home to a supernatural presence with the ghost of a jilted teenage girl, Juliet, who hanged herself. She was buried in 1050AD on the banks of the Ouse at the ferry corssing point, with the Old Ferry Boat later built on top of her grave. A seance was conducted in the 1950s with participants claiming to have contacted the spirit of the young girl who is said to still haunt the building. 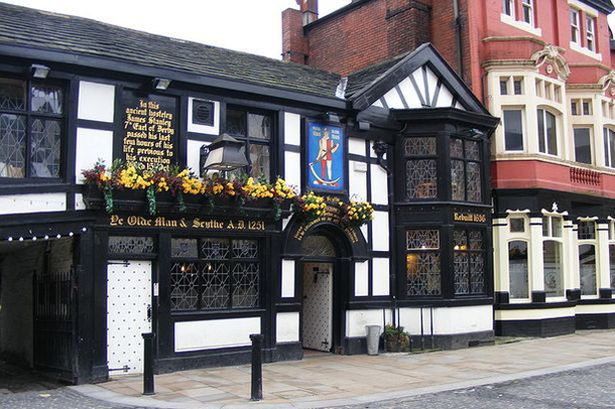 The first mention of the Ye Olde Man & Scythe was first mentioned in 1251AD in the town of Bolton’s charter. It was the site of the infamous murder of James Stanley, the Earl of Derby, who had been involved in the Bolton Massacre which had led to the deaths of 1,644 people. Nicknamed “Lord Strange”, Stanley was executed for treason following the English Civil War and his ghost is said to haunt the pub to this day. While the pub has been renovated on several occasions, its cellar remains intact as an original relic of its 763-year history. 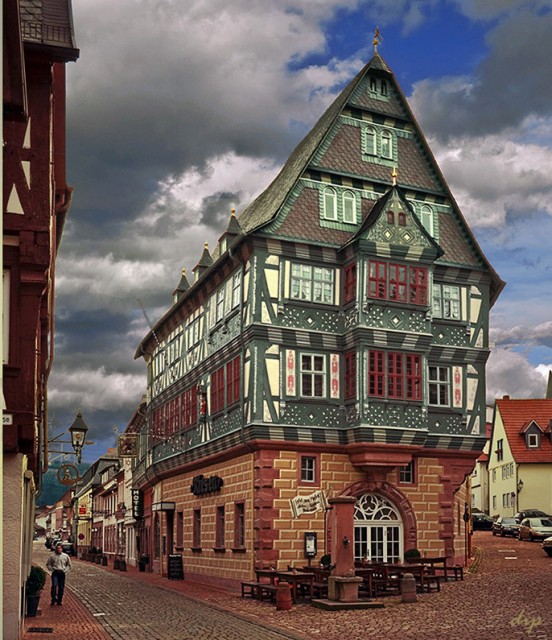 Said to be the “oldest inn of Germany” this hotel dates back to 1150AD and has seen many a famous face pass through its doors. It has been dubbed the “prince hostel” after its many royal patrons which have included Emperor Frederick III, King Ludwig of Bavaria, Emperor Charles IV, and Empress Maria Theresa. More recently the King of Rock and Roll, Elvis Presley, even bedded down here for the night. Despite it regal heritage, the inn has a dark history with many witch trials said to have take place outside its doors with several landlords sentenced to death as a result. 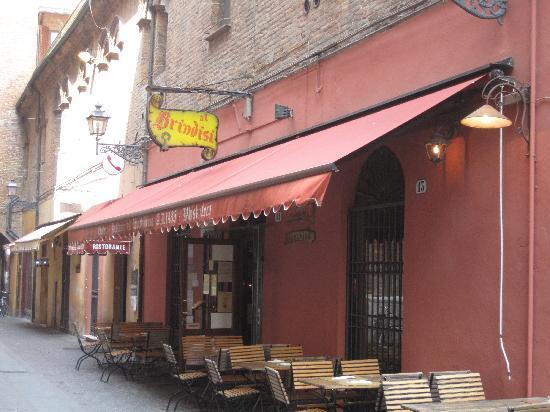 Al Brindisi was officially founded in 1535AD, however the bar itself claims to have been open since 1,100AD. Located in Ferrera in Italy, it is officially recognised as the oldest “osteria” – an Italian restaurant serving food and wine – in the world by the Guinness Book of World Records. Its roll-call of famous imbibers includes the Venetian artist Titian and Pope John Paul II. The astronomer Copernicus, who first theorised the sun was at the centre of the universe, once lived above Al Brindisi and often drank there. 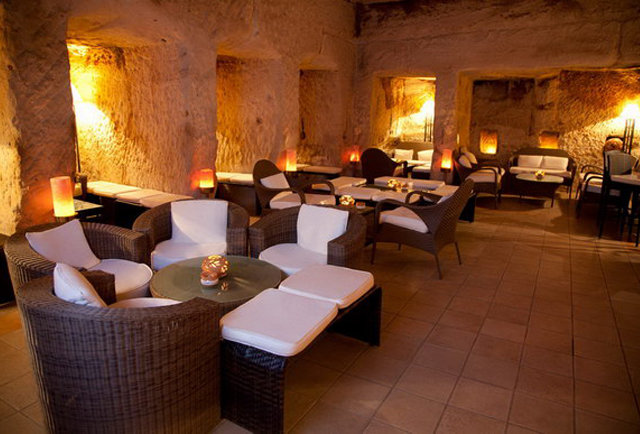 While not technically the oldest operating bar, The Cave is certainly set in one of the oldest locations; a 2,000-year-old Nabataean tomb in Petra, Jordan. A bar and restaurant has been carved into the ancient caves creating a truly unique corner of the world to enjoy a drink. It is the only private section of the ancient city of Petra, with its exterior used as a backdrop in the final scenes of the Harrison Ford adventure Indiana Jones and the Last Crusade. 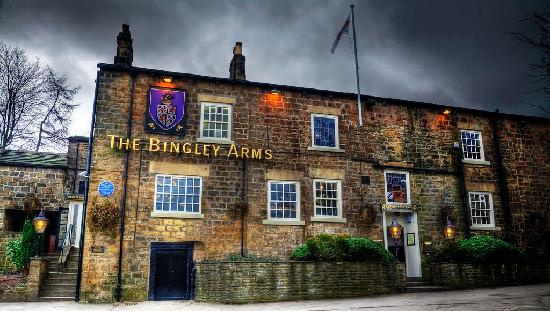 Finally, we arrive at the Bingley Arms, which claims to have been offering weary travellers and clergymen alike a refreshing pint since 953AD. At 1,061 years old the pub said to have been mentioned in the Domesday Book. Previously known as The Priest’s Inn, the premises served as a rest house for monks travelling between abbeys in Leeds and York. Later it would become a haven with holes found in the pub’s chimneys said to have concealed Catholic priests on the run from Henry VIII’s Dissolution of the Monasteries campaign.