Whisky sales to overtake vodka in US

Sales of whisky in the US will surpass those of vodka for the first time since 2007 this year to become the country’s biggest selling spirit, marking a shift in American consumer preferences. 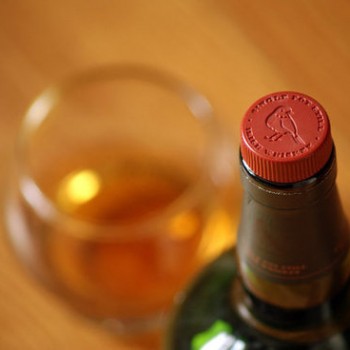 While vodka still sells in huge volumes, interest in the spirit appears to be waning with increasingly imaginative flavour variations failing to hold the attention of US consumers, as reported by Quartz.

The US vodka market grew by just 1% in 2013, according to Euromonitor analyst Jared Koerten, with sales increasing by just 1.4% to $17.3 billion, its slowest pace since 2000.

Smirnoff remains the world’s biggest spirit brand in terms of volume, despite suffering a slight dip in global sales in 2013 and losing its share of the American vodka market due to a 7% decline in volume sales in the six months to 31 December.

In comparison, US sales of whisky increased by 6% in 2013, with American bourbon brands leading the way, according to industry trade group the Distilled Spirits Council.

US whisky sales are now expected to edge past vodka by the end of the year.

Speaking to Quartz Koerten said: “I think [whiskies are] starting to hit this sort of trend that hit vodka years ago where they’re starting to expand their demographic with these sweeter-flavored products.

“It’s a wider group than your traditional bourbon consumer, younger drinkers who maybe haven’t developed a taste for bourbon, and women who tend to under index by a very wide margin when it comes to bourbon.”

The shift toward whisky has been attributed to a “generational rejection” of vodka with consumers craving a spirit with “authenticity, heritage and taste”, according to a recent Credit Suisse report, all of which whiskey can provide.

Another factor said to have affected change is the “mad-men” effect, a reference to the Prohibition-era drinks consumed on the popular TV show, with popular culture said to be increasingly cultivating a greater appreciation for more complex drinks, craft brands and cocktails.

While trends rise and fall, US whiskey producers appear confident about the category’s long-term growth with many investing in increasing their production capacity and building new distilleries.

Diageo recently broke ground on a new $115m distillery in Kentucky which will produce Bulleit Bourbon, along with a number of current and future Diageo bourbon and North American whiskey brands, with a production capacity of 1.8 million proof gallon (750,000 9-litre cases).