Canada and Mexico have threatened the US with trade sanctions and massive increases in wine taxes after the World Trade Organisation this week ruled US meat tariffs to be illegal. 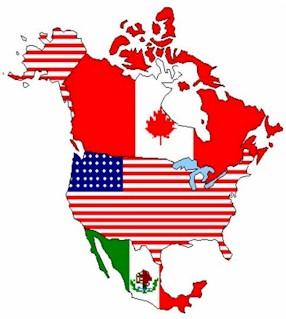 Wine and fortified wine are on a list of ten products the US neighbors have said could be hit with a 100% surtax and the consequences for US producers could be devastating as, after Europe, Canada and Mexico are two of their biggest export markets.

The issue stems from the meat industry and the WTO said the US had not done enough to change its labeling rules and bring them in line with international fair trading rules, reported Reuters.

Estimates have put the costs to importers of US products at $2 billion (£1.25 billion) and Canada and Mexico have demanded the US repeal the rules.

In a joint statement the agricultural ministers for the two countries said: “Canada and Mexico will remain vigilant to ensure the harm generated by the protectionist policy is brought to an end and that trade commitments are respected.”

The US has said it had met a previous deadline to change the relevant rules but Canada and Mexico said they had not gone far enough. Any of the three countries can appeal within 20 days.