Wine cooperative Plaimont may have found a solution to a demand for less alcoholic reds from hot wine regions – an ancient grape currently known as Pedebernade 5.

The producer, which comprises 1,000 growers across four regions in southwest France, planted the largest private collection of historic grapes in 2002 to preserve the ancient varieties of the Saint Mont appellation, where sandy soils six-metres deep have allowed vines to survive phylloxera, among other root-eating pests.

Called the Conservatoire Ampélographique de Saint Mont, a one-hectare plot contains as many as 39 different varieties, including 12 grapes which are unknown to the world of wine – more than half the twenty unidentified vines in all of France.

One of these, known as Pedebernade no. 5, produces wines with naturally low-levels of alcohol. It is named after Monsieur Pedebernade who owns the ancient vineyard where the variety was first discovered.

Olivier Bourdet-Pees, managing director of Plaimont Producteurs explained during a tasting in London last month, “When a grape like Pedebernade no. 5 disappears you need to find out why, because the ancient growers weren’t silly, and with this grape it’s easy to understand: the level of alcohol is really low.”

Indeed, a wine from the 2008 vintage tasted by db had just 9.8% abv, although Bourdet-Pees said that the alcohol level 100 years ago, when the weather was colder in Saint Mont, and “winegrowing was not so good”, was probably nearer 5-6%.

Continuing, he said that Plaimont’s Pedebernade no. 5, which was planted in 2002, had produced wines from 9% to a maximum of 10.2% abv, making it good for blending with high alcohol varieties in southwest France, or planting in hot places elsewhere in the world. 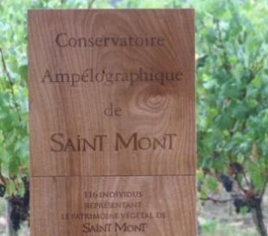 “Pedebernade no. 5 would be good for blending with Tannat and the market is asking for lower levels of alcohol, which we can’t do with Tannat.

“It would also be a good grape if the weather becomes hotter [in southwest France], or it could be good for use in a much hotter area,” he said.

However, because the grape is not hermaphroditic, but a female vine, it is not authorised for commercial use in France. “Historically vineyards contained male and female plants but humans have made them hermaphroditic by selecting hermaphroditic plants,” said Bourdet-Pees.

Consequently, he said that French government authorities had turned down Plaimont’s request to plant the vine outside the cooperative’s experimental one-hectare vineyard.

The original Pedebernade no. 5 vine came from the 190 year-old Pédebernade vineyard in the Saint Mont appellation of southwest France, which was classified as an historic monument in 2012.

The vineyard, in the town of Sarragachies, is home to seven types of grape which are unknown anywhere else, and have been named Pédebernade 1 to 7 in honour of the family who tended to the vines for eight generations.

During a tasting in London last month, Plaimont picked out five high-potential “forgotten” grapes from Saint Mont, which can be viewed over the following pages. 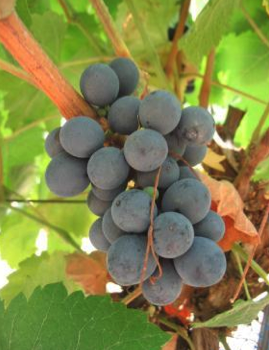 As discussed in the story above, Pedebernade no. 5 comes from what is widely believed to be France’s oldest vineyard.

It produces a red wine with naturally sub-10% abv which is light and fresh.

Pedebernade no. 5 is a female plant and has the parent grape of Bouillet. 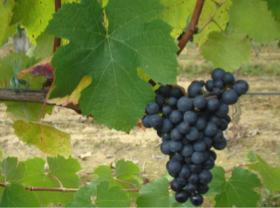 This grape is a massale selection from a vine in the same historic vineyard as Pedebernade No. 5.

It produces a red wine with strong blackcurrant and capsicum characters which are strongly reminiscent of Cabernet Sauvignon.

“We think this kind of Pinenc is really interesting for its aromas, strength and freshness, and better than the Pinenc people are using now,” said Plaimont’s Bourdet-Pees.

It is a hermaphroditic plant and has the parent grapes Negret de Banhars and Gros Cabernet. 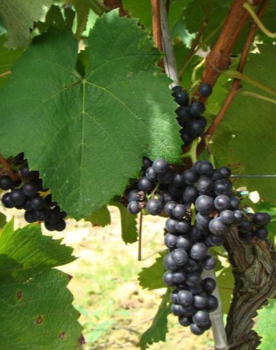 Named after André Dubosc, pivotal to the revival of the Saint Mont appellation, this red grape is very late ripening and produces wines with naturally low alcohol.

Like Pedebernade no.5, it is a female plant, and is found in the historic Sarragachies vineyard.

Plaimont’s Bourdet-Pees says it produces a “smoky” wine, which he attributes to one of this vine’s parent grapes, called Ahumat, which means “smoky”.

Its other parents are Gros Manseng and Manseng Noir.

Bourdet-Pees also said that the grape was “interesting” because it was “resistant to disease”. 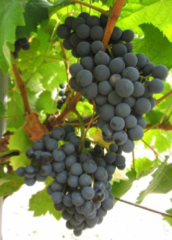 Another “unknown” grape named after André Dubosc, this variety is also a female plant as well as late ripening, but produces a richer and darker wine than Dubosc No. 1. 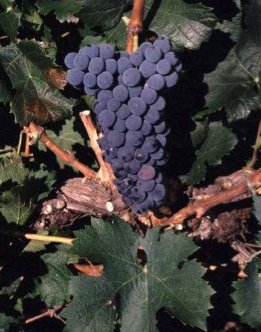 “You may have heard of the wine from the Basque country called Txakoli, but probably not the grape,” said Bourdet-Pees, introducing a wine from Txakoli Noir.

The variety was discovered in two ancient vineyards, one owned by Monsieur Facca and the other was the Pedebernade plot in Sarragachies.

It yields a wine highly reminiscent of Loire Valley Cabernet Franc, with red fruit and a peppery, leafy character.

It is a hermaphrodic plant with the parent grapes Gros Cabernet, Pedebernade 6, Carmenère, and Cabernet franc.

The final historic Saint Mont grape produced the most characterful and appealing wine of the six wines shown in London last month.

Similar to Syrah from the Northern Rhône, the wine is peppery, herbal, with fine, but high tannin and red fruit.

It is a hermaphrodic plant called Tardif due to its late-ripening habit, and its parent grape is Pedebernade no.4.

Plaimont’s Bourdet-Pees said it was his favourite of Saint Mont’s “forgotten grapes” and could be a great blending partner, as well as a useful variety for hot years, or for the future, should the climate warm further.

Overall, he said that the producer was concentrating its efforts on Pedebernade no.5, Tardif noir, as well as Dubosc No.1.