Chile’s more adventurous winemakers are making the most of the country’s diversity, and are doing so with originality in abundance, writes Amanda Barnes.

Chile is well-known for the concentration of its wine production, allowing the country to make consistent wine at competitive prices.

But emerging is a new wave of boutique projects from the full length and breath of the country, resulting in original blends from little-known places. The source of such novelty is a broad range of personalities, all of whom are driven by a desire to celebrate Chile’s vinous diversity.

Scroll through to find out which Chilean winemakers made the cut, from 20 to 11… 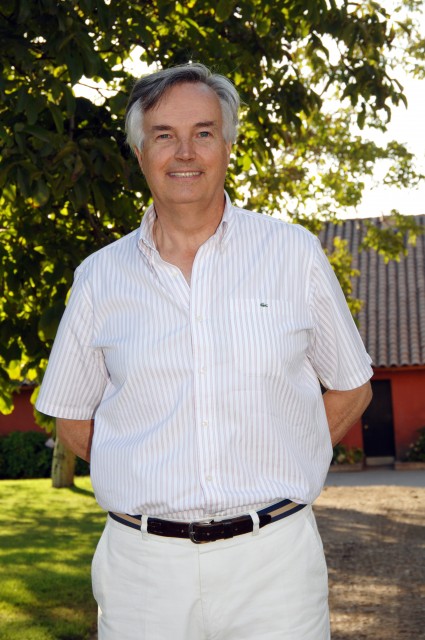 For the last decade Solminihac has been steadily gaining fans with his small winery set in Maipo. With three valuable French partners (from Bordeaux and Champagne, and notably Chateaux Margaux) Aquitania was always going to produce premium wines; and they have done it with great aplomb from their vineyards in high Maipo and from their Malleco vineyards in the far south. “I want Chilean wines to become well known for their identity of place,” comments Solminihac. Identity his wines certainly have, and the Sol de Sol range that emerged from the wet and cool southerly Malleco region has become an icon in Chilean wine. Aquitania was the first to plant so far south twenty years ago, and later this year Solminihac will be launching another first: a sparkling wine coming from Malleco with 24 months on the lees. It would be safe to assume this will be another game changer in Chilean wine. 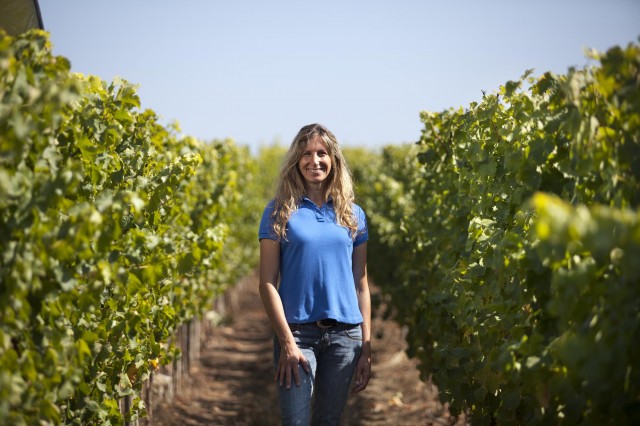 In an industry rampant with testosterone, Navarrete proves that a woman can indeed do it all: mothering 3 young children and heading up one of the most powerful wine brands in Chile with ineffable energy. Having worked in the early explorations of the Leyda region with Concha y Toro, Navarrete became Head Winemaker for Viña Leyda in 2007 and has been one of the most instrumental winemakers in making a name for this small coastal region. “My goal is to make consumers feel the cool climate and maritime influence in our wines,” she says about her work in Leyda. Focusing on excellent Pinot Noirs and cool climate white varieties, Navarrete has also brought Sauvignon Gris and Riesling to the commercial label, and is consistently experimenting with different clones. Not just a leading female in Chilean winemaking, Navarrete is a leader in her own right. 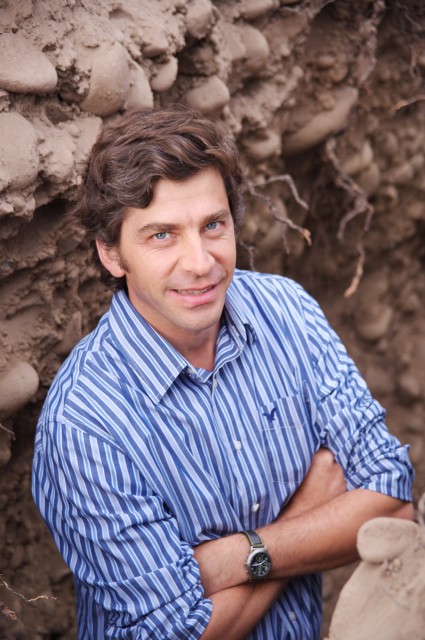 You might call Enrique Tirado a brother-from-another-mother in terms of winemaking compared to his twin brother Rafael (below). Although similar in looks and genes, their winemaking stories vary considerably. While older twin Rafael has forged a path with his own smaller label, Enrique (the younger brother, by 4 minutes) has been making wine for Chile’s largest producer, Concha y Toro, since 1993. Well established on the scene, Tirado has an unparalleled influence over Chile’s premium wine sector. Blend master for Chile’s first ‘icon’ wine Don Melchor since 1997, Tirado leads the pack in many ways for making premium Cabernet Sauvignon. He also joined the ranks of premium Syrah when he pushed for the making of Graves del Maipo. Tirado has set a benchmark for big, age-worthy reds that are responsible for some of the highest critic scores in Chile. Whatever Tirado proposes to do next in the premium category, there’s no doubt that many are watching from the wings. 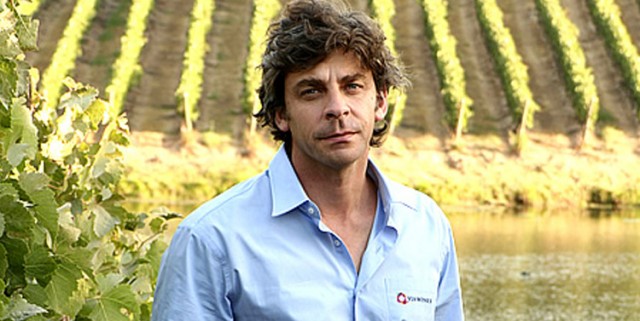 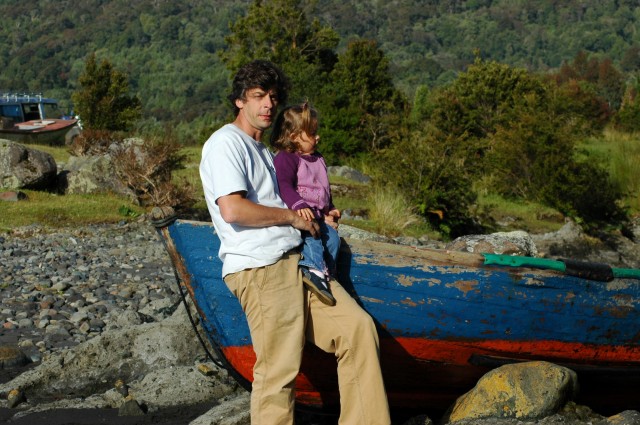 Tirado was one of the first to break tradition over 20 years ago when he started his personal project, Laberinto. “In 1993 it was normal to see vines on the flat lands near Santiago with conventional viticulture, but I wanted to achieve something more extreme,” he recalls. “I wanted to take it to a more extreme place than before, where the grapes were more on the limit and could have an expression of the place.” Tirado was a winemaker for many large commercial projects but he jilted the mainstream in favour of his own boutique-production wines in Maule, which are planted on hillsides in a labyrinth formation. He helped inspire a new generation of winemakers to go independent, and his consulting work and focus on producing high-end, site-specific wines continues to have a longer reaching impact beyond his own maze of vines.

Since arriving to Chile from New Zealand 14 years ago, Phelps has established, as he calls it, a more ‘cerebral’ style of Sauvignon Blanc in Chile: textured, mineral and ultimately food friendly. Phelps was a natural choice for Casas del Bosque in Casablanca when they hired him in 2010 for his affinity with this cool climate variety. “Sauvignon is possibly closest to my heart firstly owing to the fact I was breast fed Marlborough Savvy B as a baby, and secondly because it was the first varietal to really grab my attention when I first came to Chile,” he comments. His attention to cool climate varieties, and in particular his marked impact on Sauvignon Blanc, has caught the attention of critics and Phelps is a leading winemaker in Chilean Sauvignon Blanc. Perhaps ironically, Phelps has been an advocate of pushing Chilean Sauvignon Blanc away from the trappings of the commercially successful New Zealand style in order to create a more complex wine coming from a variety of clones, long periods of skin contact and barrel fermentations. He is part of the small league of winemakers redefining Chile’s most emblematic white wine. 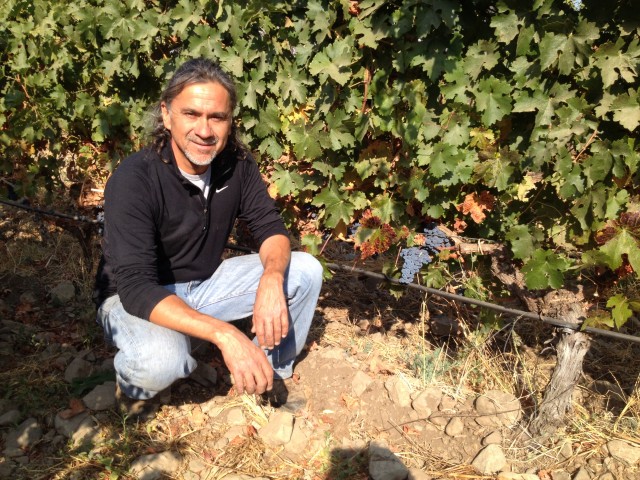 Espinoza has long been influencing the vineyards of Chile through his viticulture work as Chile’s top biodynamic consultant. As a country that is naturally blessed by healthy weather and soil conditions, Espinoza has made it his mission to “influence my country with more sustainable vineyard practices, that protect the environment and the people working in the vineyard.” His influence is not just in the vineyard though, but also in Chile’s wines. As Head Winemaking Consultant for Emiliana and for five other large wineries his influence is widespread, but it is perhaps his own project, Antiyal, that makes him one to watch. One of the original garage winemakers in Chile, Espinoza’s small production of elegant, biodynamically produced red blends are a reference in independent winemaking in Chile.

Producing some of the most exciting wines in the country with Tabali winery from Limarí Valley since 2006, Müller has been a forerunner in this cool and dry coastal region whose particular soil type has inspired new vineyard explorations in Chile. “The most important thing is that in the coastal part of Limarí you can find limestone… in Tabalí we are specialists in this type of soil, it gives such a different character, quality and ageing potential to the wines, that you can’t believe they are from Chile!” comments Müller. “It´s a new dimension for the Chilean wine category.” This marked minerality and chalky character has taken Chilean wine in a new direction, and Müller isn’t stopping there. As yet unreleased, there are two vintages waiting in the cellar coming from a new area in Limarí – vineyards in the Andes mountains planted in 2010 at 2000m altitude. We’ll see much more from Müller yet… 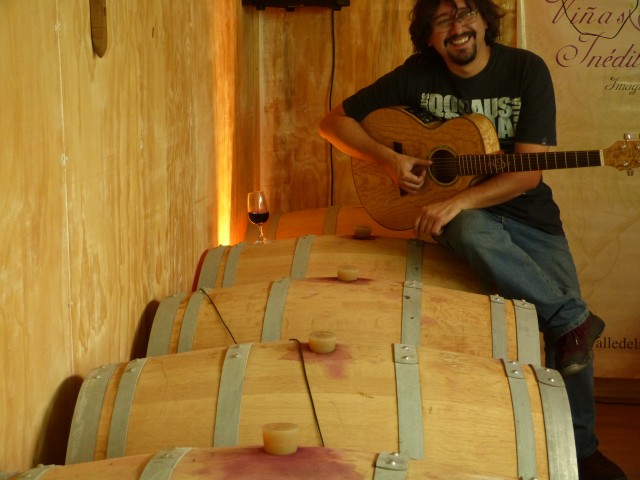 A little bit of madness in the wine world is always welcome, and Ledesma’s project has it by the barrel full. Ledesma makes Malbec and Cabernet Sauvignon from old vines in Itata and after tasting each wine he and a local band improvise songs according to each wine’s character. The songs are then played on loop for a year by speakers plunged inside the barrel as the wine ages to transform them physically for more aromatic results. Recently bottled, his wines will be launched in early 2015 and are already causing a ripple in the sub-culture. “The reaction of the public was amazing, from perplexity to tears!” says Ledesma about a recent tasting in Sao Paulo (one of many which has documented blind tasters noticing the difference between music-aged wines and control wines). Ledesma isn’t stopping at musical wines, but also experimenting with native wood for barrels in search for ‘a deeper relationship between territory and ancestral culture’ and is making a hybrid beer-wine this year. Whether you find his projects err on the side of madness or of genius, Ledesma is certainly shining a light on the new peripheries of Chilean winemaking. 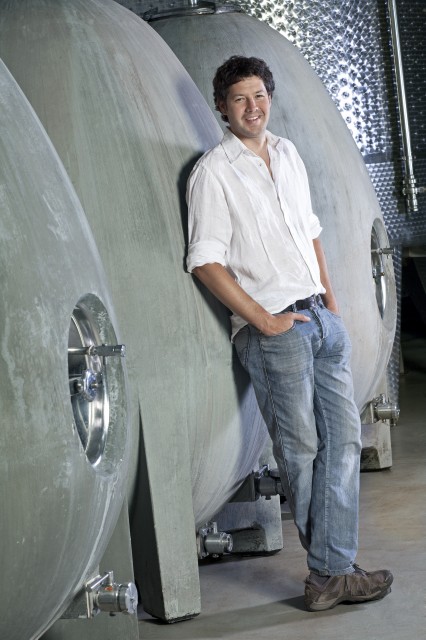 Quick to rise to the top, Urrejola is one of the youngest winemakers in Chile to have reached such an esteemed position before he turned 40. Head winemaker of Undurraga, Urrejola has been with the company since 2007 and spearheaded its widely acclaimed Terroir Hunter series which sources site specific grapes from all over the country. “This range of wine was born to show the huge diversity of origins, area, identities and expressions of Chilean wines…” he says. “We’re looking for this to be considered as a range that is a reference of Chile’s diversity and uniqueness in wines of origin.” At the helm of one of the most prominent commercial wineries in Chile, Urrejola himself is one of the new references for Chilean wine. 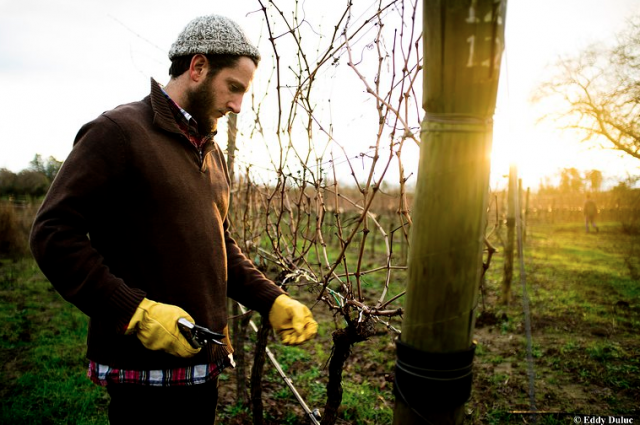 “It’s a little odd talking about all this stuff [natural wine] from a Chilean point of view, since every single peasant here makes natural wine…” says Louis-Antoine Luyt about his winemaking in Maule. Using traditional countryside techniques like pressing grapes by hand through canes, crushing grapes by foot and plowing his dry farmed vineyards by horse, Luyt is doing nothing new. However by successfully placing his wines in the mainstream, Luyt has become one of the edgiest producers in Chile. “All my oenologist friends out here think I’m absolutely crazy, and I think this is why I have less and less oenologist friends!” The Frenchman has however made friends with the growing ‘natural’ or garage wine movement in Chile, of which he is unquestionably a leader. Not just championing his own wines, he is also bringing other small producers to the fore with his popular, annual Santiago wine tasting Chanchos Deslenguados.