Following a recent Australian wine tasting Fiona Beckett, writing in The Guardian, recommended a Syrah from Yarra Valley that “could easily have come from the Rhône”.

She said: “Luke Lambert’s gorgeous, scented Yarra Valley Syrah 2012 that shares some of the Yarra Pinots’ beguilingly sweet fruit and silky texture; and the excitingly smoky, spicy Sutton Grange Estate Syrah (£26.70 Tanners; 14% abv), from Bendigo. Both come from Victoria, rather than Shiraz’s normal heartlands of the Barossa Valley and McLaren Vale.”

“There’s still a great deal of misunderstanding and stereotyping surrounding the wines of Germany”, writes Tom Cannavan in the Huffington Post this week.

He said: “For now, the bad old days of dirt cheap, poor quality Leibfraumilch and Piesporter still cast a shadow in the eyes of many consumers. It’s such a pity because, as many other wine lovers know, Germany makes some of the best and most scintillating wines on the planet – great Rieslings of course, but increasingly other varieties – white and red – too. This is a terrific example of a dry Riesling (the single word ‘Trocken’ on the label signifies that), that is just brilliant – in every sense of the word. Aromatically explosive, the nose sings with summer meadows, crunchy ripe apples and zesty lemon, before a palate that is pristine and cool as a cucumber, yet with plenty of fruity punch and a dazzling citrus finish.”

Wines inevitably taste better while basking in the late-evening summer sun and looking out across the Mediterranean, but some holiday wines “survive the journey better than others”, according to David Williams writing in the Guardian this week.

He said: “The spiralling bouzouki music of Zorba the Greek might sound exhilarating as you smash plates outside a taverna by a moonlit Aegean. But when it’s funnelled through iPod ear buds under grey British skies the exuberance can be tinny and incongruous. Much the same can be said of a drink that, after a carafe or two, makes smashing plates outside a Greek taverna seem like a good idea in the first place: the concoction of white wine and resin in Retsina just about fits where the air is thick with the scent of pines; back home it’s usually more redolent of a particularly penetrating toilet cleaner. Tetramythos’s version is the first I’ve tried outside Greece that actually invited a second sip. The pine is restrained, the base wine brisk and lemony: a match for fishy meze and stuffed vine leaves, rather than frenetic impressions of vintage Anthony Quinn.”

Another wine that Williams would recommend packing in your suitcase is this “citrus-tangy” white from Provence.

He said: “The onion-skin pale style of pink from Provence is another style that, to me at least, makes more sense in situ’ (or at least in the kind of warm weather where you can pretend to be in situ’), than they do away from the south of France. Judging by the number of winemakers all over the world now attempting to cash in on the style’s rise in popularity with similarly pastel-shaded roses, I’m clearly in the minority. But, good as the Provencal pinks from the likes of Minuty and d’Esclans can be, at this time of year I’m much more drawn to distinctive reds and whites made in the region’s smaller appellations such as Bandol. I’ve long been a fan of the chewy, meaty, herbal Mourvedre (£14.79, Waitrose) of leading Bandol producer La Bastide Blanche; a recent tasting proved its honeyed, creamy, but citrus-tangy white blend is just as good.”

Among Matthew Jukes’ wine recommendations, writing in the Daily Mail, was this French-oaked Australian Shiraz.

He said: “Western Australia isn’t particularly famous for its Shiraz by contrast to the legions of great wines from South Australia, but this bargain-priced red is a stupendous effort. It even spends some time in expensive French oak barrels which give the summer pudding theme even more sophistication.”

“There is nothing more nerve-jangling and uplifting than an ice cold glass of Manzanilla sherry”, writes Jukes in recommending this example.

He said: “Pronounced ‘man-than-eeya’, this style of bone dry Sherry comes exclusively from the idyllic town of Sanlúcar de Barrameda and it’s perfect wine with all manner of nibbles and canapés. One of the greatest value wines in the world and somewhat of an acquired taste, once bitten forever smitten is the motto here, so please persist and you will be under its spell in no time!”

Jamie Goode picked a selection of “lighter wines” suited to serving with seasonal suppers writing in The Express this week, including this “well-priced” Oregon Pinot Noir.

He said: “Just above California, Oregon is a hotspot for the Pinot Noir grape. It’s rare to see a decent example at this price, but with bright fruits and a silky texture, this is an excellent buy.”

Another of Goode’s favourite wines for making the “most of the autumn harvest”, when “delicate wines with subtlety” are best, was this 2009 Tesco Finest* Chablis.

He said: “Chablis, the northern outpost of Burgundy, makes distinctive and crisp white wines from the Chardonnay grape. This is true to type, with lively citrus fruits, and would be good with the scallops.” 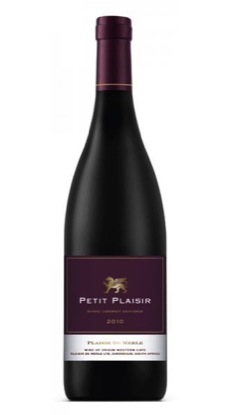 Terry Kirby, writing in The Independent, recommended this South African red for enjoying with a midweek meal.

He said: “South Africa is also proving adept at creating French-style blends, even giving this Shiraz/Cabernet Sauvignon combination a Gallic name. But it’s not fooling anyone – this has a robust, fruit-driven, New World character. Pair it with grilled meats or dishes with Middle Eastern spicing.”

He said: “Spain’s Penedès region produces its own version of Languedoc’s Vin Doux Naturel with the Moscatel grape. Unlike most dessert wines, this is lightly bodied, ethereally fragrant and packed with zesty flavours of orange blossom, candied peel and honey. Drink with sweeter puddings, particularly if involving meringues or ice cream.”