With the fifth London Cocktail week round the corner we round up some of the capital’s top bars taking part in a week’s worth of cut-price cocktail frivolity. 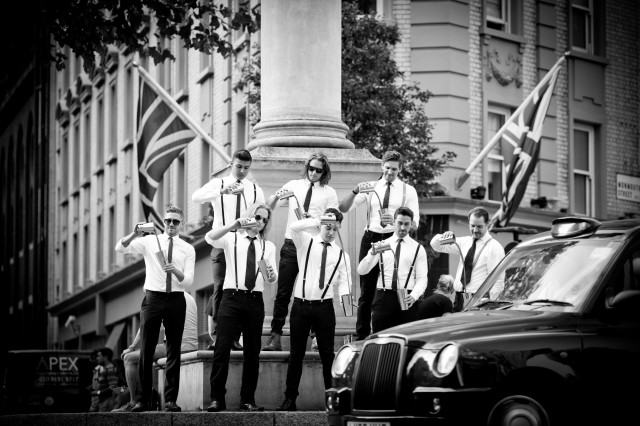 Wristbands cost £10 in advance, £15 once the festival has started, giving access to a week’s worth of free sampling sessions, cocktail demonstrations and self-guided cocktail tours which will see 250 of the capital’s best bars offer up offer bespoke and unlimited cocktails for just £4 each, with each bar mapped out in a free London Bar Guide app.

Running from Monday, 6 October, to Sunday, 12 October, this year’s event will also feature a record 11 pop-up bars within the Seven Dials area from a blend-your-own-whisky bar, to a City of Gold (and rum bar).

For those with more luxurious tastes LCW will, for the first time, be offering The Luxe List in association with Belvedere Vodka, five very exclusive bars which will be offering a signature serve at the reduced rate of £8 per cocktail.

For more information on the events taking place and a full list of the 250 bars in London taking part click here. 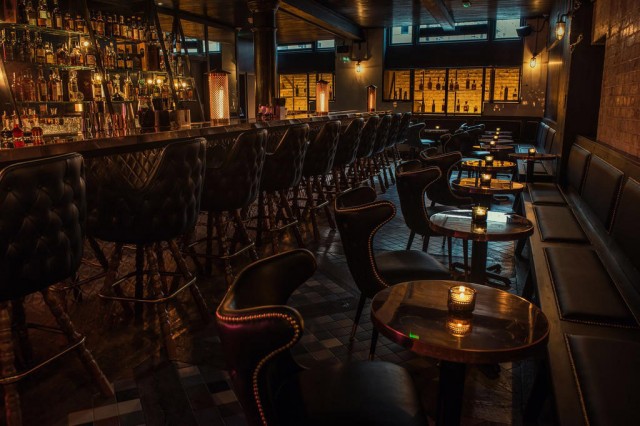 Hidden beneath Harrild and Sons in the City, this basement bar opened earlier this year and specialises in rare whiskies. From Wales to Japan, Holland to Taiwan and Sweden to New Zealand, the bar’s vast whisky collection includes over 80 bottles making it one of London’s most extensive whisky bars.

Signature serve: Quicksand: A bittersweet autumnal drink blending, artichoke liqueur with the softness of apricot leaving enough room for the Scotch to shine. 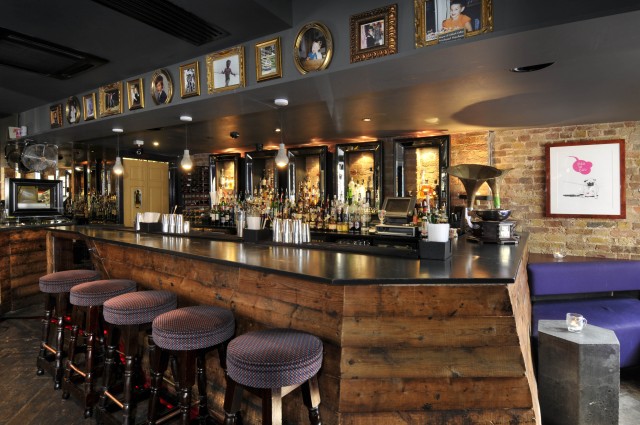 Located in London’s trendy Shoreditch, Callooh Callay serves up a host of playfully named cocktails including the Chai Hard, Quince of the Stone Sage and Guac’ to the Future. Adding to the fun, imbibers can enter its lounge bar through a Narnia-like wardrobe. 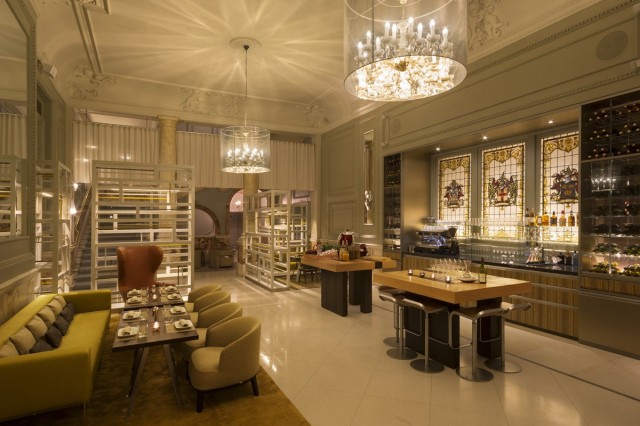 With a contemporary feel and slick interior Catch Champagne Bar & Lounge at the Andaz Liverpool Street Hotel offers an extensive wine list of more than 70 Champagnes and speciality Bellinis. On Friday evenings it transforms into a buzzing night time haunt thanks to its resident DJ. 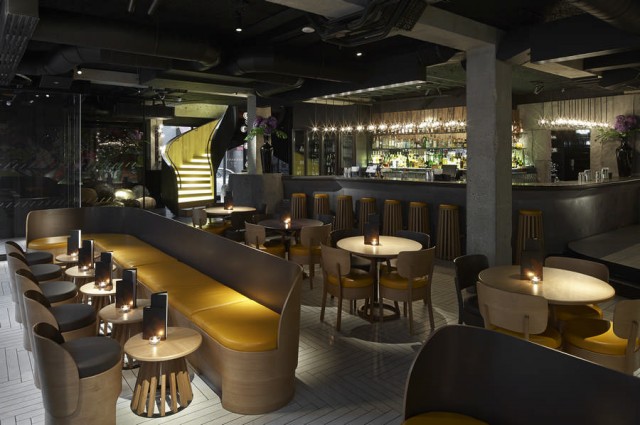 This Japanese-Peruvian fusion restaurant, the brainchild of Australian-born Kurt Zdesar, a former manager of Nobu London and founder of the popular Ping Pong restaurant chain, not only boasts a 55-cover à la carte restaurant and a 100-cover main restaurant, but a raw bar, sushi bar, robata grill and pisco and saké bar carved from lava stone. 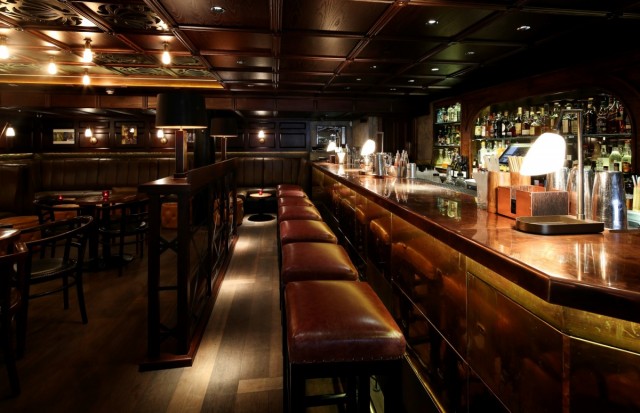 Secreted away behind a thick curtain at the back of Soho’s Social Eating House, The Blind Pig is part of Jason Atherton’s culinary empire, who recently gained his third Michelin-starred restaurant. With a creative drinks and stylish setting this speakeasy has a cool, New York vibe about it complemented by its antique mirrored ceilings and copper-topped bar. 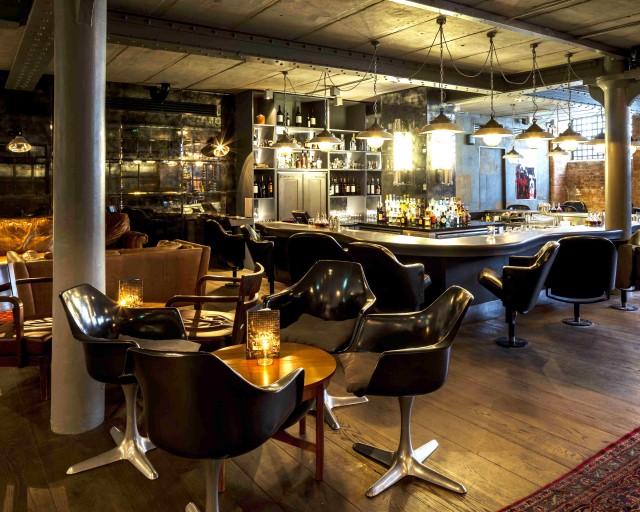 A stone’s throw from the db offices, Mark’s Bar is located in an old metal box factory south of Borough market tucked beneath Hixter – the latest addition to Marx Hix’s culinary empire. With a sunken bar and artworks by Tracey Emin, as well as some rather saucy lavatory décor, it oozes cool and makes a special effort to champion British drinks producers. 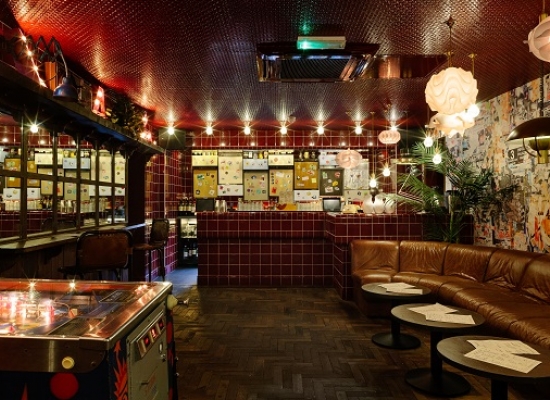 With retro pinball machines, geometric wallpaper and space-age lighting this Kensington-based hot dog joint is swiftly making a name for itself riding high on the current trend for high-end fast-food style eateries. Its simple menu offers those dining a choice of six “dogs” including the Brit Dog stuffed with maple bacon and mature beer cheddar, alongside a section of inventive cocktails including the Bourbon-based Mutt’s Nuts. 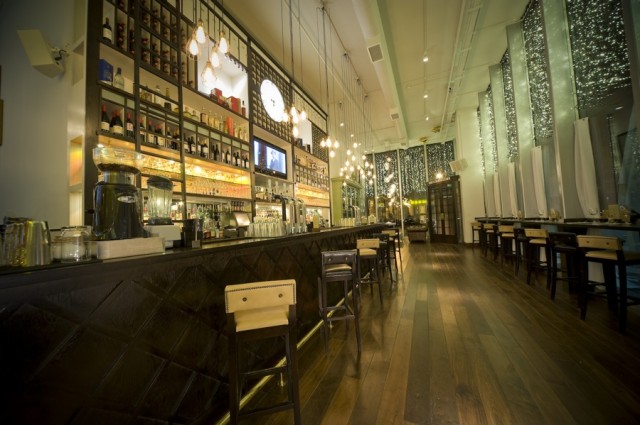 Taking inspiration from the occult, The Alchemist opened only this year in the heart of the City. It serves a vast array of cocktails from consistent classics to innovative serves such as the Mercury Rising – a drink made to share which comprises Reyka vodka, Manzana Verde, sugar syrup and water boiled up with blackcurrant and hibiscus tea infused with the bar’s “special metal powder” and chilled with dry ice. 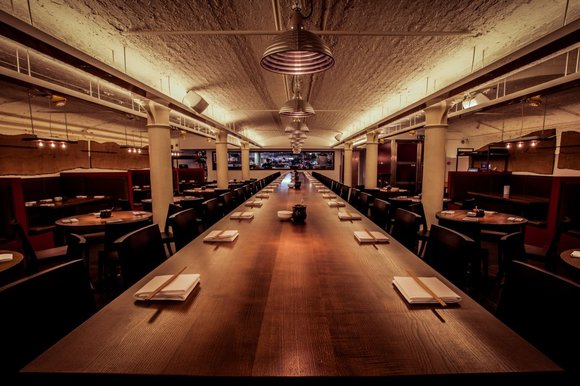 For a taste of the far east head over to Flesh and Buns in Soho, an offshoot of the popular ramen bar Bone Daddies’, to enjoy a Japanese menu comprising of tempting dishes such as crispy piglet belly and salmon teriyaki, alongside a wide array of sake wines. 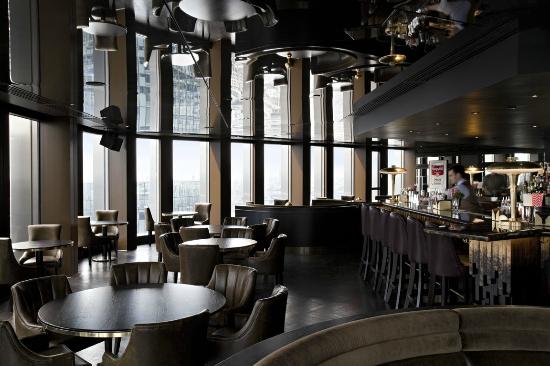