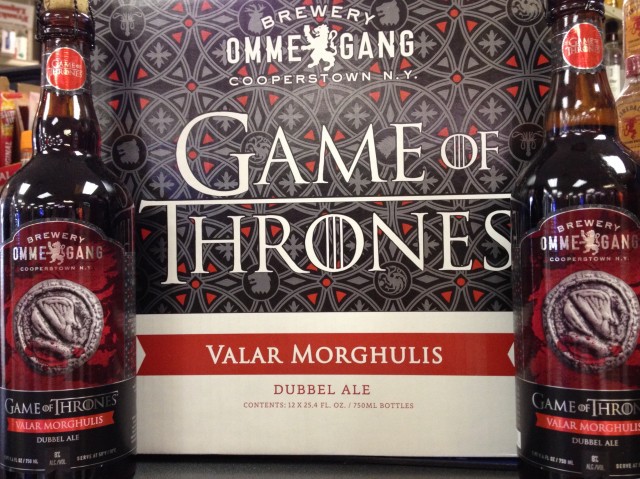 Graham Averill writes in Paste Magazine on this special release to commemorate the upcoming new series of Game of Thrones.

He writes that, “the beer pours a deep, rosy mahogany with a solid head and smells faintly of berries and alcohol. Honestly, it smells like a champagne pyramid, or more accurately, like a wedding reception.

“Dubbels are known for their malty sweetness, but I don’t pick up a lot of those typical caramel, candied sugar notes in Valar Morghulis…at least not at first. It has a vague, berry sweetness to it with a finish as dry as the Sahara. It’s almost too crisp and fleeting at first, but Ommegang wants you to drink this dubbel at 55 degrees, and with good reason. As the beer warms, the malt bill comes forward, and the beer becomes this swirling delicacy of dark cherries and sugary sweetness.”

He concludes, “You have to respect a beer that evolves with each sip. Even if it foretells your certain demise.” 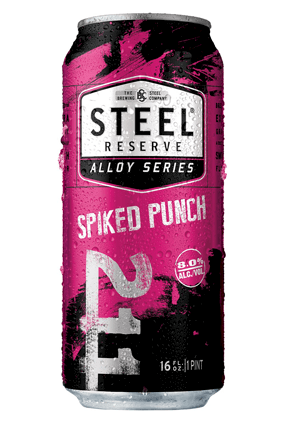 As reported in the Drinks Business Review, “Spiked Punch is the second installment in the popular Steel Reserve Alloy Series – an affordable product line of flavoured malt beverages (FMBs) for those seeking to ‘mix it up’ with flavourful alternatives to traditional beer offerings.

“At eight percent alcohol by volume (ABV), Spiked Punch serves up a perfect blend of cherry, orange and strawberry flavours.” 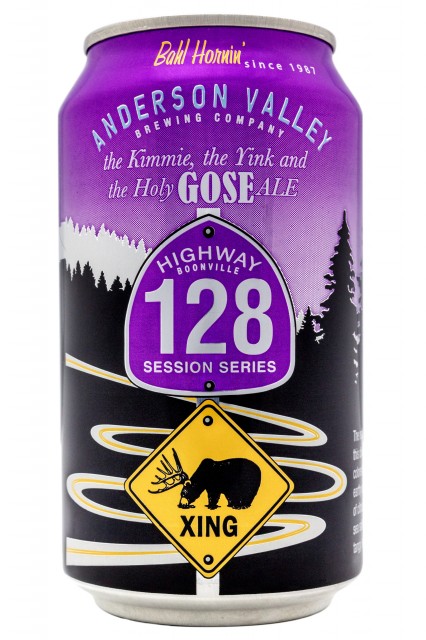 Will Gordon writes in The Concourse magazine about this mouthful of a beer.

“Kimmie, the Yink, and the Holy Gose comes in a can, but when poured into a glass it looks like a regular yellow fizzy beer (though with a more substantial head, due to wheat having a higher protein content than barley), with none of the haze often associated with wheated beers. The nose shows basic wheat with sharp lemon, and maybe a touch of green apple and tropical fruit, with the flavor following suit but for the addition of a salty sensation.”

Moving on to flavour, he writes: “This is nice, tart beer that will appeal to drinkers of high-end off-dry hard cider. You don’t taste the salt so much as you feel it drying out your mouth and tamping down any sweetness that might sneak out from the wheat. The salt plays an almost hoplike role on the dry finish, which helps since there is almost no actual hop presence.

“This is a seriously good 4.2-percent-ABV beer that is plenty interesting yet less funky than it sounds. It was made to be sucked down in large gulps interspersed with dark pretzels.” 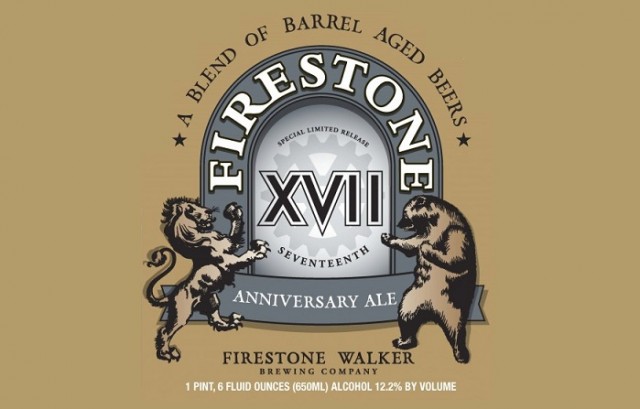 Matt Miller enthuses about this anniversary brew in EverythingOnTap, saying, “the colour is a dense, dark brown. The head is khaki-tan, about one finger thick, and dissipates slowly, leaving light lacing.

“This ale is best served at room temperature, at which the bouquet shows notes of bourbon, vanilla, cognac, ethyl alcohol, dark fruit, dried fruit, and even almonds. Delightful.”

And on the flavour, he writes how it “begins with molasses, brown sugar, vanilla, oak, earth, bourbon, brandy, currants, and raisins. This is followed by ethyl alcohol, yeast, and light hops. The complexity of the flavour profile in this ale is remarkable.”

“Two Roads Kriek is re-fermented with sour cherries sourced locally from Staehly. There, Two Roads brewers hand-picked sour cherries from trees imported from France in the 1950’s. After brewing, the lambic is mixed with the cherries into oak barrels and aged for over one year until the right balance of sourness and cherry-like tartness is achieved.

“Two Roads Gueuze has been a work-in-progress at Two Roads for 15 months, maturing in oak barrels and undergoing a series of secondary fermentations to develop its characteristic sour, farmhouse funkiness. Honey from Two Roads’ estate beehives was added to the bottles to aid in bottle conditioning.

“Last is Two Roads most unique beer to date – a beer made with 14-year-old Italian balsamic vinegar from Modena and aged in red wine barrels for 20 months. Two Roads is calling it “Philsamic” to celebrate Brewmaster Phil Markowski’s 25th year of craft brewing”

Lee Matthews, writing in Geek, said of this beer: “A few years ago, a team of divers recovered 5 bottles of beer (along with 145 bottles of champagne) from a shipwreck that had been resting undisturbed off the coast of Finland for more than 160 years. Now you can buy a bottle for your personal stash.”

He explains, “It’s not actually the century-old brew that was hauled up from the sea floor that you’ll be drinking, though. What this batch of 1,700 bottles contains is a reproduction that’s as close to the original as possible.

“The result is a brew that’s reportedly a bit more like sparkling wine than most of today’s beers. It’s even recommended that you serve it up in a champagne flute or wine glass. With an alcohol content of 4.7%, and a fresh and slightly fruity taste there is an aftertaste similar to that of wheat beers.” 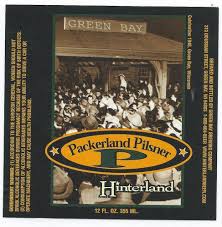 “The brewer bottled between 600 and 700 cases and a bunch of kegs, with fans of the beer seeing it on shelves and in bars next week.

“The style of the beer in the bottle is the same, an all-malt pilsner more in line with Czech and European styles rather than the Americanized version that often includes corn or rice in the brewing process.” 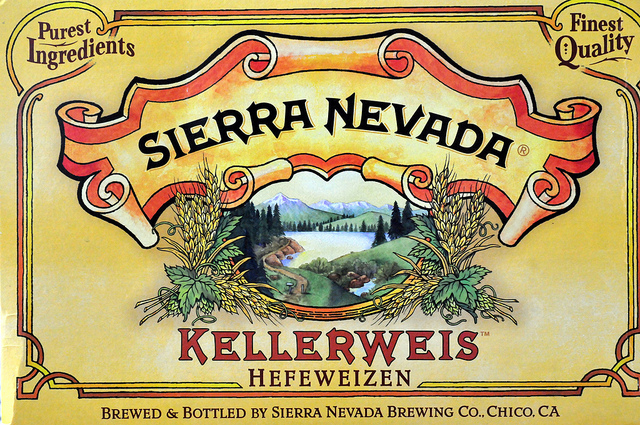 “The abundant white head, yeast haze and fruity-spicy aroma encourage a big mouthful. The palate delivers on the promise, with flavours reflecting the aroma and a smooth, full palate, cut with zesty, lemony freshness.” 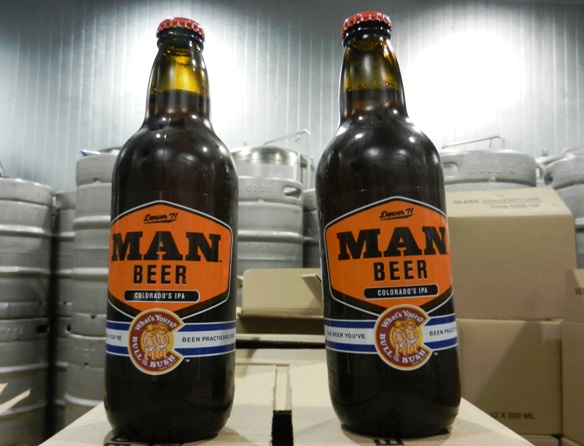 Natasha Garnder writes in 5280 Magazine in Denver about this “flagship” beer.

This brew is “a hefty, malty, red-orange brew that calls itself an IPA – Colorado’s IPA, no less.

“On first pour, you’ll see immediately that the brewery got the carbonation just right with this beer. You’ll also notice that the thick head stands up well as you drink. There are hops, but the brew’s malts take over quickly. Savor the caramel notes that will satisfy a sweet tooth but not overpower your taste buds.” 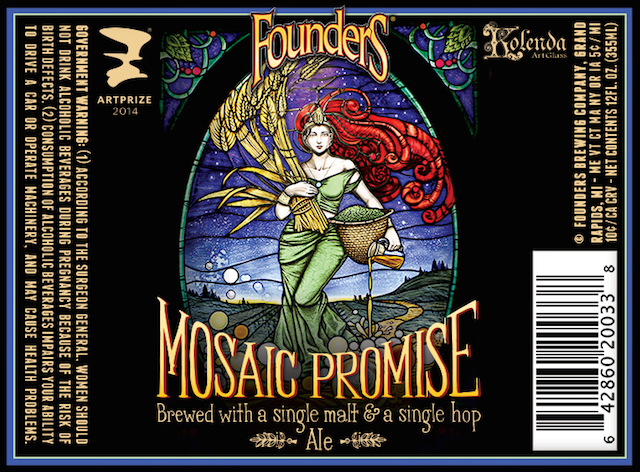 “The beer pours the colour of a burnished bronze coin, topped with a puffy white head, brilliantly clear. The aroma hits you from a foot away—intensely tropical and stunningly complex to be coming from a single hop variety. There’s ubiquitous grapefruit there, and also mango, and melons like honeydew or cantaloupe. It smells like a tropical breakfast.

“The flavour is likewise fruit-heavy, although light, biscuity malt does manage to squeak through from time to time. In terms of balance though, this is a delicious hop bomb, ripe with juicy fruit flavours of sweetened pineapple juice and other tropical fruits. Bitterness is medium, appreciably present, and the body is light, which makes for easy drinking. It feels like something you would roll out of your hammock and grab to ward off a tropical hangover.”

He concludes, “This is fabulous beer.”