Sparkling wine is enjoying unequalled success in the on-trade, with Prosecco the most notable pour chomping at the heels of Champagne. But, as James Lawrence writes, there are plenty of contenders in this tempestuous market.

It’s no secret that sparkling wine sales have been a great success story in the UK market of late. Over 110 million bottles of bubbly were consumed in Britain last year and off-trade sales rocketed by 20% in the second quarter of 2014.

While this growth shows little sign of abating, the non-Champagne market continues to be dominated by Prosecco, raising the question as to whether there is room for other sparkling wines to expand their market share.

Over the last decade the sparkling wine category has evolved from being a minor player to a serious contender, with global volume sales of Prosecco overtaking Champagne for the first time last year. In the off-trade, sparkling wine sales now command a value in excess of £500 million according to the latest figures from Nielsen, while still wine sales have been in gradual decline since 2009.

Closer analysis, however, reveals a less than balanced market structure. According to Nielsen senior analyst Natasha Kendall, Italian sparkling wine is slowly squeezing out the competition in the off-trade, with almost every other category in volume decline. 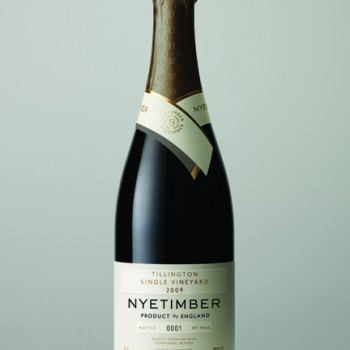 In the last year, volume sales of Australian and New Zealand sparkling wine in the UK off trade have dipped by 20%, while US sparkling lost 21% of its value in the UK market.

In contrast, Prosecco and Cava now control over 70% of the retail market between them. However, it’s not all doom and gloom for sparkling alternatives to Champagne, Prosecco and Cava. London’s dynamic on-trade scene offers some promising opportunities.

A quick glance across the UK capital reveals a growing number of specialist wine bars, wine-centric gastro pubs and venues specialising in one country or region’s cuisine. Moreover, the general awareness that bubbly doesn’t begin and end with Champagne has never been higher.

Moët-Hennessy recently introduced its Chandon Argentina brand to the UK. Brand manager Maria Ines Pina explains that the company’s aim was to forge a market “sweet spot” between Prosecco and entry-level Champagne. “We have listings in quite diverse restaurants: the D&D London group, the Premium Country Pubs division of Mitchells & Butler and Gaucho, where we will be exploring food pairing options with Chandon Argentina,” she says.

Nonetheless, according to Kylie Poole, an analyst at CGA Strategy, the on-trade market is, as expected, dominated by the holy trinity of Champagne, Prosecco and Cava. In the 12 months to 17 May 2014, Prosecco sales increased by over 39%, while Cava had a 21% increase, and Champagne a 0.5% decrease in volume.

However, Champagne has long held its position in the UK market as the first choice for premium sparkling wine and despite some loss of volume and value, it’s unlikely to be usurped any time soon. The grandes marques, particularly those owned by the LVMH group, continue to invest large sums in both the on- and offtrade, suggesting that Champagne may yet claw back its market share. Prosecco’s recent global domination has been nothing short of stratospheric.

The northern Italian fizz ticks all the boxes: it has the right price point, a name that rolls off the tongue and is incredibly trendy, offering a light, quaff able style and lower acidity, which suits consumer palates.

Mayfair’s Cartizze bar is just one venue that has enjoyed lucrative revenues from the Prosecco phenomenon. “Sales are strong in both categories. We don’t encourage a move to Prosecco from Champagne, we just offer the choice,” says the bar’s managing director, James Robson.

Meanwhile, Xavier Rousset MS of London restaurants Texture and 28-50 believes Prosecco is performing so strongly against Cava in the UK on-trade because it never suffered from the cheap image problem Cava has endured. “You must remember that when Cava first got a foothold in the market it was seen as a cheap alternative to Champagne,” he says, adding, “Prosecco has never had that negative connotation; it’s a positive choice in its own right, not a fallback.”

But what about all the other sparkling wines made around the world? Is their performance in the off-trade reflected in the restaurant sector? Poole of CGA explains that the sample size for sparkling peripheries is too small to collect data, however the overall on-trade sparkling wine market increased by 14% in the 12 months to May 2014.

In addition, the evidence from the trade is that some categories are experiencing growth. English sparkling wine is doing particularly well, having stolen a march with upmarket dining establishments across the UK.

In the off-trade, English fizz is growing strongly too, but remains relatively small with a 1.4% value share of the market. Louise McGuane, head of marketing & communication at Nyetimber, explains the brand’s on-trade approach: “Our strategy was that if a restaurant stocks premium fizz then we need to be present there too.

High-end restaurants can afford to hand-sell wine to customers, which greatly benefits Nyetimber. We have invested continually in sommelier education and have seen good growth across this sector,” she says. This enthusiasm is borne out by the trade: restaurants and bars that have backed English sparkling wine are beginning to reap the benefits.

“Sales are very good. After tasting it, most of our customers are won over by English fizz,” says Giancarlo Cuccuru, sommelier at The Gilbert Scott in King’s Cross. Indeed, ontrade venues are increasingly being tempted by the charms of English sparkling wine. “We’re considering growing our list to incorporate a wider range of sparkling wines, particularly those from England as they are really starting to deliver on the quality front,” says Joss Roussanne, sommelier at the Olive Tree in Bath.

The appeal of drinking a local product has undoubtedly contributed towards England’s sparkling success in addition to some shrewd listing choices and, to the producers’ credit, setting a Champagne NV equivalent average price. Offering English sparkling wine by the glass is proving a popular way of luring consumers into drinking local drops.

“When we introduced an English sparkling wine to the Texture Champagne bar we knew we couldn’t kick start sales without by-the-glass,” admits Rousset.

Other restaurateurs are also thinking outside the traditional sparkling paradigm. Since opening his Copa de Cava restaurant in 2013, Richard Bigg has successfully promoted the virtues of topend Cava as far more than a cheap alternative to Champagne. Key to his success was ensuring that customers could match the Spanish fizz with food. “Sales have been encouraging. Using food matching and by-the-glass options are essential in moving customers out of their comfort zone,” says Bigg.

Across town American restaurant Avenue in St James’s is shining a light on top Californian fizz.

“The Californian sparklers we have are offshoots of some very prominent Champagne houses, so I plug that angle to sell our stock,” reveals sommelier Andrews Ituarte. Cap Classique is another top quality New World bubbly that is often overlooked. Restaurateur Neleen Strauss has spent years encouraging her clientele to branch out via her popular South African eatery High Timber in Blackfriars.

“Graham Beck is our star performing blanc de blancs, which we sell successfully by the glass,” enthuses Strauss, adding, “Of course, we list plenty of Champagne and it’s easier to sell what the market knows, but it’s boring as hell. The problem is South African sparklers lack the marketing budgets of the bigger Champagne houses.”

For newer categories hoping to hit a price point equal to NV Champagne, their hard work must continue.

“In the UK there seems to be a culture of ‘Champagne then everything else’ on wine lists”, notes Maurizio Zanella, president of the Franciacorta promotional body. “When an entry-level Champagne is priced at £30 then the nearest non-Champagne must generally be a minimum of £5 less.”

Yet Zanella, whose organisation has invested in an on-trade education campaign, adds that sales of Franciacorta have grown by 30% in the last year with specialist Italian wine bars like London’s Dego helping to spread the word about the traditional method Italian sparkler. “On-trade sales of Franciacorta are going well after a slow start.

Initially it was hard to persuade our customers to try it as they think Prosecco is the Italian version of Champagne only much cheaper,” says Dego’s manager Lorenzo Fabrello.

The broader picture looks even brighter for Franciacorta. When off-trade sales are taken into account, UK volume sales rocketed by 100% in the first six months of 2014, albeit from a small base, with the number of producers distributed in the UK up by 40% in the last 18 months.

The growth of niche venues like sparkling wine bar Tirage in Bishopsgate also presents an attractive opportunity for the non Champagne cohort. For general manager Roberto Della Pietra, the method of moving consumers towards a new category was always going to hinge on the food pairing concept.

“For a category such as Crémant, which has less consumer awareness, food pairing is a powerful way of driving sales,” says Della Pietra, adding, “One of our most popular by-the-glass options is Russian Abrau-Durso. We paired it with a sea bass dish and now it’s one of our best sellers.”

While sparkling wines from all corners of the globe are being championed across London, the approach is largely uniform, with all venues showing a willingness to invest in consumer education and staff training, offering lesserknown styles by the glass to tempt consumers to experiment, promoting regional cuisine and wine matching, and balancing innovation with commercial sense.

Observing their success, aspiring restaurateurs and bar owners should hopefully follow their lead, creating more opportunities for market diversification and growth. But in order to succeed in this buoyant and potentially lucrative market, producers and generic bodies need to be prepared to put their money where their mouth is.

While there may be a limited number of spots for sparkling wine on generic restaurant lists, increasing specialism and wine focus offers hope for the once neglected category. “Prosecco reaped massive rewards from being associated with the Bellini and Aperol Spritz’s popularity,” points out Texture’s Rousset, adding,“Sparklers keen to grow their market share need to innovate and explore options beyond being offered in the conventional glass or bottle format.”

While Prosecco, Cava and Champagne deserve their status as market leaders in the UK, there is room for other players in the arena.

However, in order for them to rise to the top, sommeliers need to get behind them, as Ituarte of Avenue explains: “The on-trade can be guilty of laziness when it comes to selling wine. Sommeliers often wrongly assume consumers don’t want to branch out and try something new. They do, they just need someone to guide them.”