Sandeman is celebrating its 225th anniversary next year with the release of its first ever single cask of Very Old Tawny Port. 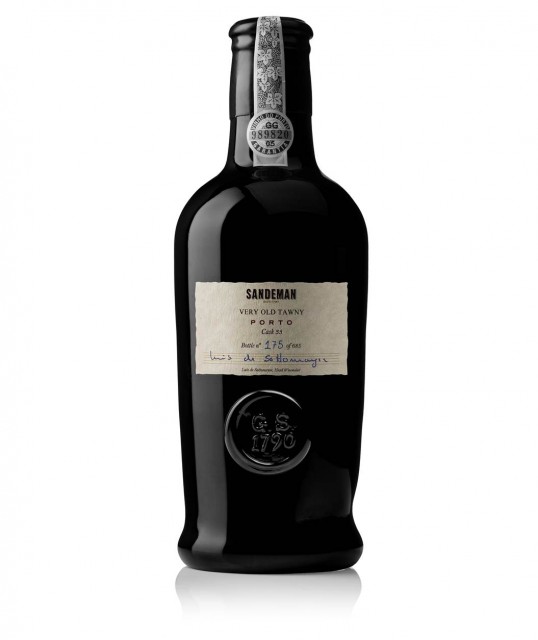 Just 685 bottles have been produced of the Port, which contains wine of up to 70 years old and an average age of 600 months, which have been maturing at the Sandeman cellars in Vila Nova de Gaia.

One cask, number 33, was chosen from a collection of 40 to form this limited edition release. Wine from this cask is usually used as part of the blend in the house’s collection of aged tawny Ports; however, it had remained untouched for the last two years.

Outlining the process behind this selection, George Sandeman, chairman of Sandeman, explained: “Back in January, when Luís Sottomayor tasted it again, knowing that we were on the look out for something special to celebrate our 225th anniversary, he found that Cask 33 showed such a promising evolution and great character that we singled it out for this limited edition.”

Carrying an RRP of £525, the bottles are currently being listed at a number of luxury retail outlets and restaurants as Sandeman puts in place a 2015 activity schedule to celebrate its 225th birthday.

This move by the house follows a series of mature tawny releases by other Port houses. Earlier this year Graham’s launched Ne Oublie, a single harvest tawny from 1882, while Taylor’s has released its own 1863 tawny expression as a follow up to the house’s 1855 “Scion”.

Beyond the Port region other high profile tawny fortified styles have also been hitting the market this year. These have included a 50 year old expression from Penfolds and a commemorative First World War collection of vintages from 1914-1918 from fellow Australian producer Seppeltsfield, whose new owner is planning a major luxury push for its unrivalled fortified barrel collection.