Hong Kong’s only whisky club is seeking to create a stronger appreciation for malt and grain whiskies from around the world among Hong Kong drinkers. 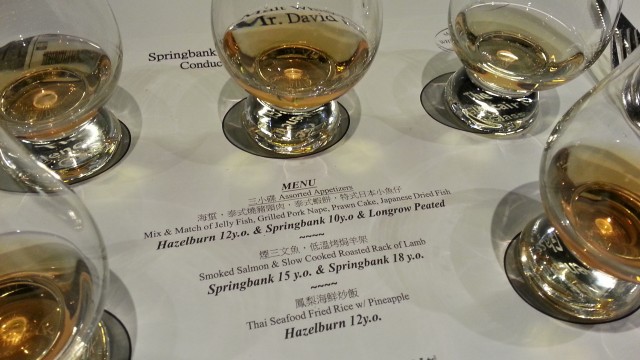 A non-profit organisation, the Malt & Grain Whisk(e)y Society Hong Kong (MAGWSHK) is wants to promote understanding and appreciation of all whiskies both single malts and blends, wherever they’re made in the world.

Responding to questions from the drinks business, founder an chairman Eddie Nara explained: “The aim of the MAGWSHK is to promote and educate whisky drinking here in Hong Kong.

“Our idea is to include everything whisky/whiskey, regardless of ingredients and origin. We also hope to show people that blended is not necessary inferior to single malt; likewise, the higher age statements is not always better than the younger ones etc.”

Having been founded in May and officially launched in August, the society has already held two events, the first covering Amrut Whisky with the Indian brand’s ambassador and the second was a dinner pairing Thai food with Springbank.

Both events were well attended, a surprising fact as Amrut is not officially available in Hong Kong yet and the second was held during the recent typhoon warning.

Nara pointed out that this was testament to the growing popularity of the category in the city.

He said: “The whisk(e)y market is definitely growing here in Hong Kong. You can tell from the increasing number of whisky bars and shops; tastings and masterclasses being conducted.

“Why I started MAGWSHK was because there have been a lot of wine related societies or associations already, but none at all when it comes to whisky.  I can say we are at least the first registered non-profit making whisky appreciation society in Hong Kong.

“In fact the [HKTDC] wine & spirit fair this year has decided to add a whisky bar, this also shows that they are starting to put more attention into spirits part, especially whisky.

“Sadly, single malts are still the most popular whiskies in Hong Kong, I want them [drinkers] to also appreciate blended whiskies too.

“For the ones who drink a lot of the regular single malts, they are now hoping to drink the so-called limited edition ones like, cask-strength, single casks, vintages, finish in special oak containers (ex-Madiera, ex-Masala, ex-premium wines), or specially treated, e.g. Heavily peated versions of the regular one.”

He noted also that Japanese whisky was increasingly popular and for two reasons: “it suits their palate more, and also there are some extremely rare versions like the Hanyu’s and Kairuzawa’s, which attract more collectors.”

The society is planning an event for early November. For more information on MAGWSHK  and all future events, visit the society’s Facebook page here.