A Tuscan producer has welcomed the Chianti region’s recently introduced top tier classification, Gran Selezione, as a tool for distinguishing wines with “personality”. 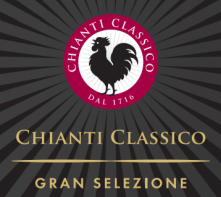 Officially approved by the European Commission in February 2014 after a three year process, the Gran Selezione label can be applied to estate grown, Sangiovese-dominated wines from the 2010 vintage onwards which meet upgraded criteria concerning minimum alcohol, extraction and at least 30 months maturation.

“A lot of producers wanted to have something for their best Chianti Classico without calling it Riserva,” he remarked. “The problem was that Chianti Classico and Chianti Classico Riserva were almost a commodity, wines that didn’t have such a strong personality, so they said we have to find a way to give a value to such products that are outstanding.”

At Zonin, which owns estates across Italy, the new classification proved a useful way to distinguish Il Solatio, a 100% Sangiovese produced from a particularly steep, stony vineyard of the same name within its Castello D’Albola estate.

“It’s usually a single vineyard owned by the producer,” remarked Zonin, adding: “There are some slightly different rules about ageing but that is not really the point.”

Noting that “around 30 producers” have so far released wines under this new classification, he reported: “more and more are coming in.”

According to the Consorzio Vino Chianti Classico, Gran Selezione currently accounts for 10% of the region’s production with an aim for this top tier category to eventually represent between €70-100 million in sales.

Although acknowledging the potential problem that “if you have producers naming a not so good vineyard Gran Selezione then it will confuse consumers,” Zonin insisted that so far the wines under this label “have all been very good.”

This year sees a road show organised by the consorzio to present wines from the new classification in key markets around the world. Having already shown the wines in Germany, the US and Canada, the consorzio is now heading to Asia, but will host a UK debut in London on 25 November.