Lidl rapped for ‘selling wines at a loss’

European discount retailer Lidl has been reported to market authorities in Spain as it is alleged that the store has been purposely selling wines at a loss.

Spanish wine producer Bodegas Marqués de Cáceres is leading the charge against the retailer, claiming that Lidl have recently been selling their brands of wine at below their cost price.

A spokesperson for the Rioja-based company told the drinks business that, “During the first fortnight in October Lidl has been advertising in various media on a national scale to promote sales of different products including prestige brands that do not usually form part of its portfolio.

“Bodegas Marqués de Cáceres found that the publicity included a special offer relating to its products whereby consumers could acquire its wines at a lower price than the actual cost price paid by Lidl.”

This practice is illegal according to Spanish market competition laws – specifically, Spanish Law 3/1991 relating to unfair competition, as well as Article 14 of the Spanish Law 7/1996 that prohibits the sale of articles at a loss within a retail business. 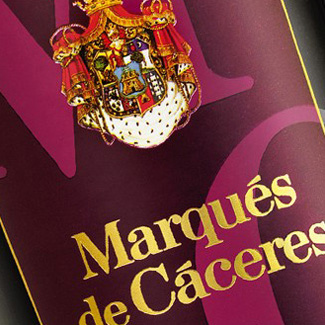 The spokesperson told db: “Bodegas Marqués de Cáceres very much regrets this practice, which is totally against its will and contrary to the explicit requirements conveyed to the supermarket chain by the bodega, that only agreed to supply Lidl following confirmation by the chain that it wanted to upgrade and initiate sales of prestige wines.

“The special offer implemented by Lidl transmits incorrect information to the consumer about the products on sale. Furthermore, it questions the professionalism and integrity of the Marqués de Cáceres distribution circuits in Spain, and that of the rest of the retail chains operating under criteria of maximum competitiveness and in defence of the consumer’s legitimate interests.”

The store has recently embarked on a mission to greatly expand its wine offering, unveiling this autumn its £12 million ‘claret offensive’ in the UK market.

Available in more than 120 countries, Marqués de Cáceres is one of the leading Spanish wine brands, particularly throughout Europe and America.