A revived distillery in Glasgow is set to release what it claims is the city’s first gin brand, with a new “metropolitan” single malt whisky also in the pipeline. 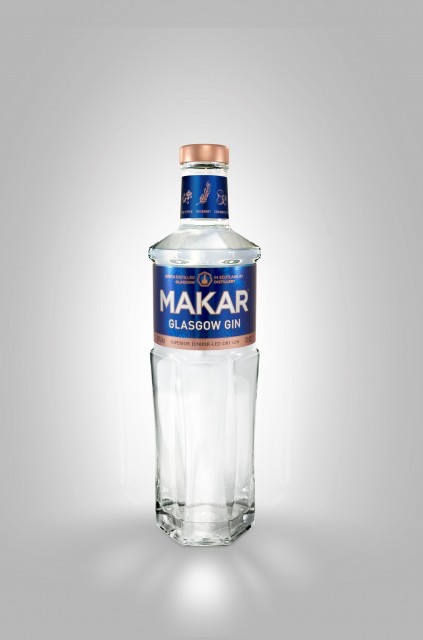 Originally founded in the 1770s, The Glasgow Distillery Company re-emerged last year in the city centre, started distilling in September and will release its first product, Makar Glasgow Gin, on 27 October.

Named after the Gaelic word for “poet”, Makar is produced in 300 bottle batches from the company’s copper pot still, Annie, and is based on a juniper-led recipe that includes seven additional botanicals: angelica root, liquorice, coriander seeds, lemon peel, rosemary, black peppercorns and cassia bark. To reflect these ingredients, the gin is packaged in a heptagonal bottle with juniper berry motif on its lid.

Introducing this latest addition to a burgeoning craft gin scene, Liam Hughes, CEO of The Glasgow Distillery Company, acknowledged: “We knew there was no point in just bringing another gin to the marketplace. The product had to be as good as we could possibly get.”

Having previously worked across the beer, cider and spirits sectors of the drinks industry, Hughes set up this new venture after spotting a niche for a new gin brand.

“We’d always believed in creating Glasgow’s first ever gin and we’re taking that to the marketplace in the super-premium, small batch category,” he told the drinks business. “It’s not just drinks – across all food and drink we see people wanting more locally produced brands. We felt that was a gap we could fill.”

In terms of style, he explained: “We’ve gone backwards in terms of trying to make a more traditional dry gin. Juniper is the star of the show and the botanicals that we used had to complement that.”

Hughes also stressed the ambition to create a versatile product, saying: “We wanted our gin not just to be a good G&T, but very mixable in terms of cocktails.” With the liquid distilled seven times, he added: “It’s very smooth; you could drink our gin on the rocks.”

Having noticed the predominantly female clientele at a new specialist Glasgow bar called Gin 71, the Makar team made this demographic an important target audience during the 18-month recipe development stage.

“We focused a lot of our tastings on females, especially females who don’t normally drink gin, but maybe are vodka drinkers instead,” remarked Hughes.

With an RRP of £29, Makar’s distribution will focus initially on the local market, although the brand will also be available online. However, confirmed Hughes: “In 2015 we will start to move the product out of Scotland across high-end outlets in the UK and then into international markets as well.”

Reporting early interest from as far afield as India, he nevertheless admitted: “When it comes to the practicalities of actually getting gin to that market we don’t underestimate the difficulties.”

The current aim is to produce 10,000 bottles in the first 12 months, although Hughes noted the capacity to expand further as the brand becomes more established.

A longer-term project for the distillery is to create what Hughes maintained would be “the first single malt made in Glasgow in 100 years.” With the whisky stills due to arrive soon, he confirmed that production is due to start before the end of this year, although the maturation process required means that it will be at least four years before the first whisky is released.

While the final flavour profile is yet to be determined by the production team, which is headed by former Macallan distillery manager and Dalmore figurehead David Robertson, Hughes outlined an ambition to create a very different product to the Scotch whiskies already on the market.

“The Highlands, Islands and Speyside are well established with fantastic brands so we don’t want to compete with them,” he observed. “We’re a metropolitan distillery – we don’t have hills and glens so our single malt will be very much a Glasgow malt whisky.”