Football superstar David Beckham is apparently the owner of a Napa Valley vineyard that he bought as a gift for his wife, Victoria. 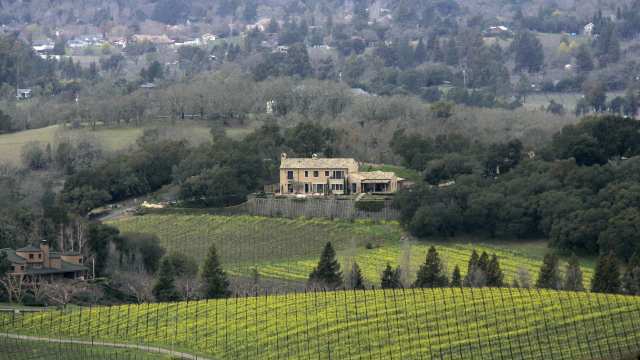 According to CBS News, Beckham bought the vineyard (pictured) back in 2008 shortly after he began playing for MLS team LA Galaxy.

However, unlike other celebrity vineyard owners – which are multitude – the Beckhams have been very quiet about their holdings. Indeed all reports, even from the time, do not name any specific location for the vineyard other than the “Napa Valley region”.

According to various sources, the vineyard is run by a team of specialists and the there are no plans to commercialise the wine – like the Beckhams’ mega star friends Brad Pitt and Angelina Jolie.

The Beckhams apparently picked up a taste for wine in Spain during David’s time playing for Real Madrid between 2003 and 2007.

Though there may be no plans to market the wine, Beckham has been more noticeable in the drinks industry press of late with the launch of the Haig Club whisky from Diageo which he is the face of.