America’s first president, George Washington, loved to drink beer and had a particular penchant for a Philadelphia brew called “Porter beer”, according to a new book exploring the role of alcohol in US politics.

Other beverages favoured by America’s early leaders include hard cider, rye whiskey, rum and absinthe, while President Nixon is revealed to be a wine hog, concealing the fact he was drinking expensive wine by wrapping it in a white napkin while serving his guests cheap plonk.

Their preferences are revealed in a new book Mint Juleps with Teddy Roosevelt: The Complete History of Presidential Drinking, written by Mark Will-Weber.

Speaking to FoxNews.com, Will-Weber said old letters had confirmed Washington’s love of the Philadelphia Porter which he mixed with mollasses, which he said “may explain why Washington’s teeth were not that great”.

“It was just enough sweetness and thickness to add to the authentic porter which they used to get from Britain before the war … they then learned to brew their own.”

Inspiration for the book came, Will-Weber said, from one President in particular, President Warren Harding, who continued to indulge in his love of liquor despite serving at the height of Prohibition.

“You weren’t supposed to drink or transport alcohol but Harding thought nothing of taking a fifth of whiskey to the golf course, and stashing it into his golf bag and every three holes or so he would take a pop of whiskey – that was the little seed that got me curious about what the rest of the presidents drank.”

President William Henry Harrison, the ninth US president who held office for just 32 days in 1841 before dying from pneumonia, was apparently a fan of hard cider.

Then a popular drink among the working classes, the association with the beverage helped Harrison gain favour with voters as a “man of the people” against his opponent Martin Van Buren, according to Will-Weber.

Cocktails were also popular, particularly with the 25th President of the United States William McKinley who was given his own drink, McKinley’s Delight, by a local bartender while running for office in 1896.

The drink contained three ounces of rye whiskey, some sweet vermouth, two dashes of cherry brandy and a dash of absinthe.

While President Theodore Roosevelt became known for the “Teddy Hat Cocktail”, created during his unsuccessful re-election run in 1912 featuring San Juan Rum, dry gin, a dash of absinthe and topped with a slice of lemon. 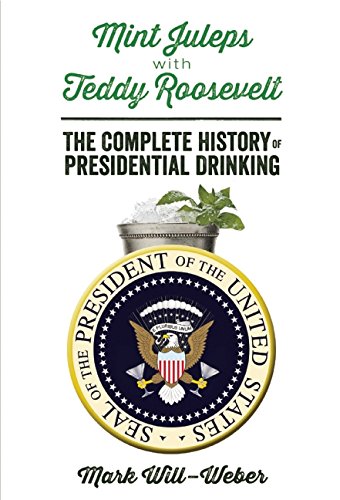