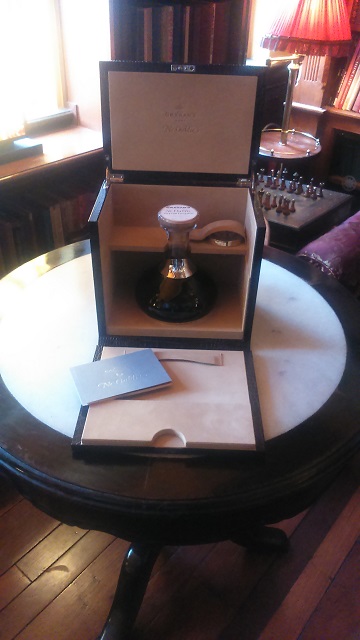 A very old tawny Port from 1882, the release is the latest in a series of extremely old and rare Ports that have been released by various lodges in the last couple of years.

Already released in parts of Europe – the UK, Portugal and the Netherlands – and the US in June and July respectively, just 25 of the 600 or so decanters have been slated for Hong Kong.

The decanters will be sold and distributed through Fine Vintage and the company has already sold six of the small allocation on pre-orders as the wines have not yet arrived.

Costing HK$55,000 a bottle, there are plans to introduce another small allocation to Taiwan in early spring.

It is hoped that rare releases like this will promote greater awareness and interest in the Port category in Asia.

As Symington Family Estate’s Asia Pacific marketing manager, Jorge Nuñes, recently told the drinks business: “The market for Vintage Port in Hong Kong remains small when compared with the other two centres of fine wine in the world, London and New York, where it has a far greater representation, but signs are very positive that we will soon be seeing here a new generation of consumers getting into these wines.

“The wine knowledge grows at an amazing rate in this part of the world, and consumers are quickly widening their drinking options, either by looking for different and special wines, or by revisiting the classics, a category where vintage Port is included.”