Jon Bonné, writing in the San Francisco Chronicle discussed what was a “sweet, but tricky” year for Washington, recommending a number of wines pushing the region’s prestige tag.

This was one of Bonné’s three top wines.

He said: “Ben Smith and his wife, Gaye McNutt, have long championed the beauty of Cabernet Franc. The Bel Canto (84% Franc) is both testament to that and to Smith’s skill in the vintage. Cara Mia is their Red Mountain planting, and the flavors this radiates are amazing: the slight tomato leafiness and sweet paprika of Franc matched to warm, flush fruit. Bayberry, plum brandy and a sandy aspect to its minerality make it a quintessential Red Mountain wine.”

Bonné also recommended this red wine from Andrew Will produced at its three-decade old Champoux vineyard.

He said: “The 2011s were a mixed bag from the talented Chris Camarda, restrained to the point of svelte. I think of Champoux, one of Washington’s oldest vineyards, as a source of powerful wines. But this is all charm and wonderful fragrance: lilies, cassis, dust. Red fruit flavors (it’s about half Merlot, with Franc and Cabernet Sauvignon) are elegant, with subtle tannin at the end — a textural win I chalk up to the three-decade-old maturity of Champoux’s vines.”

Dave McIntyre, writing in the Washington Post, picked a selection of South African wines which he said offer a “sample of the quality that South Africa is producing today.”

Of this Simonsberg Chenin Blanc he said: “The estate was founded in 1994 but uses vineyards much older to produce this crisp Chenin with apple and pear flavors. Unlike Chenins from the Loire Valley in France, which can be either off-dry or dry, South Africa’s Chenins typically are crisp and dry.” 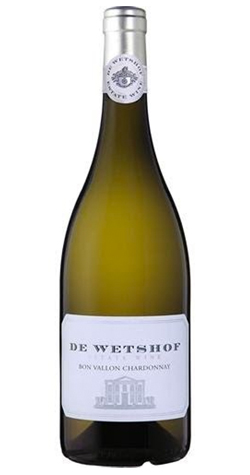 This Chardonnay from South Africa’s Robertson Valley was rated “exceptional” by McIntyre, who described De Wetshof as a “pioneer of South African Chardonnay”.

He said: “The Bon Vallon comes from a small parcel of the estate vineyard and offers extra intensity with a stony, mineral character; think Chablis with a New World sensibility. There is also a Lesca Chardonnay ($22) that shows some oak influence with a nod toward citrus and chalk.” 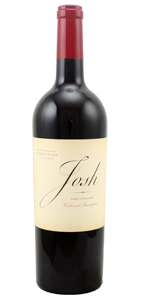 Napa’s Josh Cellars is a brand “with a lot of devotion and high-level expertise behind it”, according to Sandra Silfven of Detroit News.

Legacy, is a “bold” blend of Merlot, Zinfandel, Syrah and Petite Sirah, she said.

She said: “This vibrant, expressive wine is big on aromas, flavor, mouthfeel, finish. It has plenty of body and complexity with a firm backbone of acidity. Think dark plums, berries, spice, and dark chocolate. It resonates on the finish with cocoa powder, cherry and vanilla notes. It was aged 10 months in new French oak and packs a nice 13.9 percent alcohol.”

Ahead of Texas Wine Month Tina Danze, writing for Dallas News, rounded up a selection of wines produced by the lone star state of “outstanding value”, as judged by a panel of experts.

She said: “Ten years ago, a trip to the liquor store would have netted only a small pool of true Texas wines. That’s no longer the case, as the Texas wine industry has since grown significantly, both in the number of wineries and the number of varietals and blends produced.”

She added: “Viognier is a southern French grape variety that thrives in Texas. This lovely version shows floral, apple, peach, pear and citrus flavors. Botamer praised the “richness and intensity of the fruit,” as well as the wine’s “terrific balance.” 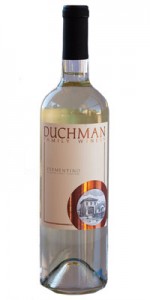 Danze’s panellists also raved over the Texas-grown Vermentino – an Italian grape that she “has taken well to the Texas High Plains.”

She said: “The Duchman Family Winery has made a name for itself producing wines from this and other Mediterranean grape varieties suited to Texas soil.

“The wine shows a restraint in winemaking that brings out the natural quality of the varietal to a T,” Flynn said. Botamer pronounced it terrific, praising its “mouthwatering acidity” and lemon-lime and pear flavors. “It’s clean, crisp, delightful — and not overdone,” Hammett said.
Panelists recommend pairing it with white anchovies marinated in lemon juice and olive oil or with calamari.”

He said: “As a class of whites, it’s hard to go wrong with Portugal’s Vinho Verde. These are light, clean, dry, low-alcohol wines with a touch of effervescence. Why the Praia? It’s just got a little more zing and more generous bubbles than its peers. It gives you vibrant flavors of lime, kiwi and grapefruit, and would be wonderful at a fall tailgate.”

Following a two-week wine exploration of Italy Dennis Sodomka, writing for the Augusta Chronicle, picked this red from Vino Nobile, an appellation in Montepulciano, as one of his favourite discoveries.

He said: “It is bursting with ripe fruit flavors balanced with crisp acidity. In the glass it is a tantalizing, almost opaque, red with aromas of cherry, flowers and spice.

“Swirl it around your mouth and you pick up flavors of cherry and raspberry, with notes of spice and plum. It is a dry, medium-bodied wine. The finish is long and silky, showing a touch of minerality, with firm tannins that promise to give this wine a long life. It should continue to develop in the bottle for at least another 10 years.”

Finally Gil Lempert-Schwarz, writing in the Las Vegas Review Journal, recommended the “reasonably priced” Cabernet Sauvignon which he described as having bold black fruit flavours with “underlying hints of cassis and oak”.

“On the palate: There is nice concentration of cassis fruit with lots of creamy crushed black fruit, especially cherries and blackberries, then marionberries, huckleberry sauce, minerals and vanilla bean notes. The midpalate shows itself off with a lovely balanced play between the solid fruit, the fine acidity and the ripe tannins with underlying hints of cassis and oak. The finish is plentiful and lengthy with good amounts of fleshy fruit concentrate and herbs as well as minerals that linger for 30-plus seconds.”