In October key buying personnel from airports, airlines, ferries, cruise ships and downtown duty free shops the world over will descend on Cannes for the biggest travel retail event of the year. 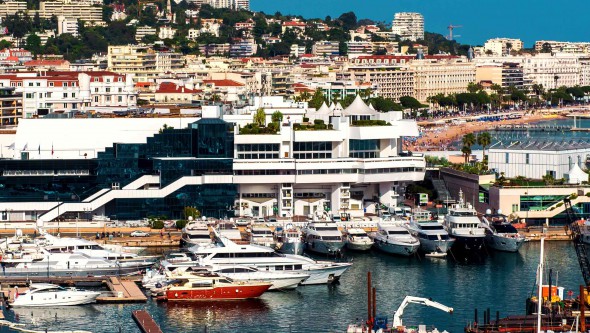 Organisers of the TFWA World Exhibition and Conference expect an increase this year on the 6,300 trade delegates who attended in 2013.

As the largest body in travel retail and duty free in the world, the TFWA promotes the interests of its members worldwide. And with a quarter of the exhibitors coming from wine and spirits, the event will also be one of the year’s biggest for the alcohol industry.

Recent data from tax refund specialist Global Blue showed the first fall in tax free shopping sales at leading global destinations since the financial crisis in 2009. Yet even so, the United Nations World Tourism Organisation (UNWTO) has still estimated more than 460 million tourists travelled abroad during May to August this year.

With a market that size it’s no surprise an entire industry exists to cater to its needs. Duty free in travel retail has transformed over the years from an afterthought or somewhere to find gin for grandma and giant Toblerones for the kids, to a global industry. Duty free wine sales for 2013 were in excess of 7,771,000 cases, representing big business for wine companies.

In response to this demand many wine companies release products or packaging unique to the duty free market. 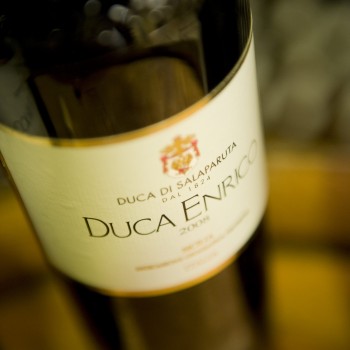 Highlight of the offer is Duca Enrico, which celebrates its 30th anniversary during the fair. Produced for the first time in 1984, Duca Enrico is the first single varietal wine made from Nero d’ Avola grapes in the history of Sicilian wines. Visitors to the stand will be able to taste three excellent vintages – the 1987, 1997 and 2008.

Florio wines hail from the heart of the Mediterranean, an area SW Sicily known as ‘the sun belt’. 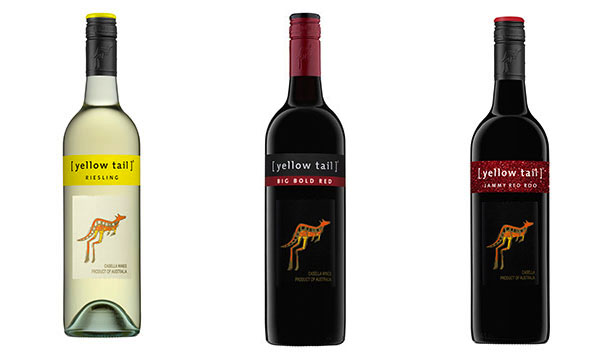 World of Patria will be introducing some new wines from Australia’s Yellow Tail range emphasising what they describe as the “fun and colourful world” the range offers.

The selection will consist of three wines including a Riesling, the Big Bold Red blend and the Jammy Red Roo, a blend of Shiraz and Cabernet Sauvignon in the true Australian vein.

World of Patria, International Managing Director, Rob Nichols comments, “We are always on the lookout for exciting new products that will help us strengthen our portfolio. Yellow Tail is a well-known Australian wine brand and we are pleased to have been chosen to be the distributor to help to launch them into travel retail. We have a good deal of experience in handling wine brands and we are confident Yellow Tail will have a successful future in travel retail.” 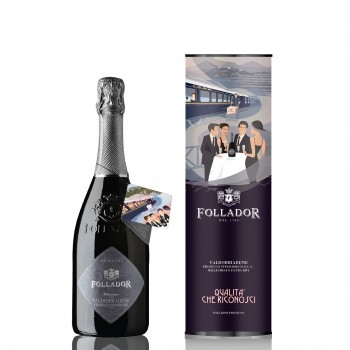 Follador will unveil it’s second in a series of exclusive gift packages for its Valdobbiadene D.O.C.G. Superior Prosecco.

“We are extremely proud of our new gift pack,” says Cristina Follador, Marketing director for Follador.

“We have developed this premium concept with our artist and believe the informed international consumer who recognizes quality will immediately see the connection to Venice Simplon – Orient – Express, our family vineyards in Italy as well as fashionable consumers enjoying D.O.C.G. Prosecco,” said Follador.

British artist Gary Redford is the behind the new Follador design.

Zonin will be launching two lines in Cannes this month including a new prestige Prosecco.

Prestige 1821,their new Prosecco Docg was created in response to the increasing demand of more branded Docg products by the markets where Prosecco has established itself as a category and represents an important market share for sparkling wines.

Their premium product aspires live up to its name, Prestige 1821, which refers to the year Casa Vinicola Zonin was founded.

The pack of the new Prosecco Docg was designed by SGA, one of the most well-known Italian agencies for brand and packaging design and one of the founding pillars of “Made in Italy” excellence, together with Italian food and wine.

The Zonin Vellulto wines cover the extreme North and South of Italy with a Veneto IGT made of Corvina and Merlot and a Puglia IGT with a blend of Primitivo and Negroamaro.

And Zonin designed a 3D embossed foil label, with an important visual trigger and an invitation to interact with the bottle. The flowing V of the label represents the lightness of a red velvety silk scarf.

The name Velluto (“Velvet”) is a tribute to the Venetian merchants who popularized the silk trade since Roman times. 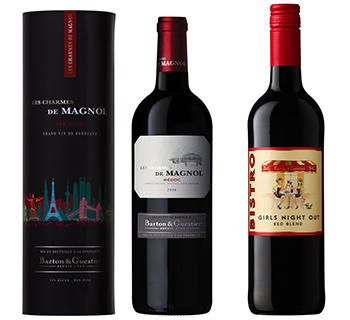 The Bordeaux based stable of Barton and Guestier will be presenting new wines in packaging designed exclusively for the travel retail sector.

The brand focuses on AOC and Varietal wines from France and will be releasing an AOC Medoc – Les Charmes de Magnol Médoc – in a new canister  and the 2010 Thomas Barton Reserve Privee in a luxury leather gift pack.

A newcomer in their bistro range will be the Bistro Girls Night Out, a blend of Merlot, Shiraz and Grenache. 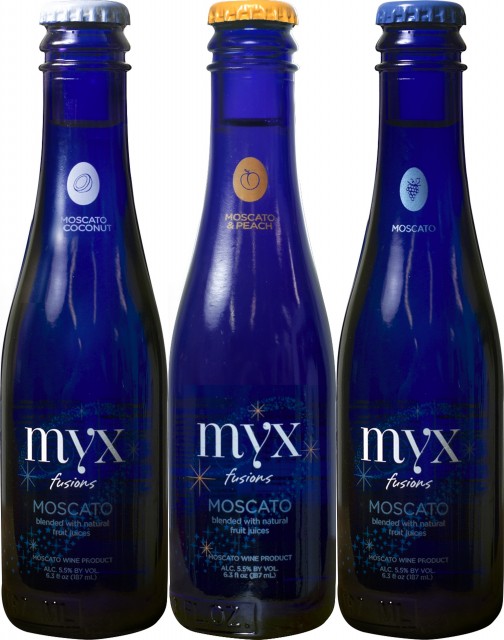 Another exclusive at Cannes from World of Patria will be the new single-serve sparkling Moscato, Myx Fusion.

It will be available in 3 flavours – original, peach and coconut – and is presented in an 187ml, twist top bottle.

Myx has partnered with American rap singer Nicki Minaj who is part owner of the product.

The distributor describes the drink as: “Appealing to a broad range of wine and non-wine drinkers, this innovative Moscato wine will exploit the current gap in the market between entry-level wine, ready-to-drink’s and Prosecco/Cava.”

Gérard Bertrand will showcase its range of super-premium wines from the South of France in Cannes and has also released the Collection Legend Vintage, an exclusive range of vintages (from 1875 to 1974).

“Our strategy is to grow the knowledge and uptake of super-premium South of France wines into the duty free sector,” the company stated. “The key business objective is to focus on our estate wines, which are recognised as benchmark estates in each of their own terroir.”

And the Domaine de l’Aigle Chardonnay has been selected as the exclusive and official white wine at this year’s TFWA inauguration dinner.

“The Terroir and Grand Terroir ranges bear also the expertise and the values of Gérard Bertrand, following the same dynamic of our estate wines, to highlight the best that the Languedoc-Roussillon has to offer through its diversity of terroirs,” the winemaker said.

Camus and Ginestet team up 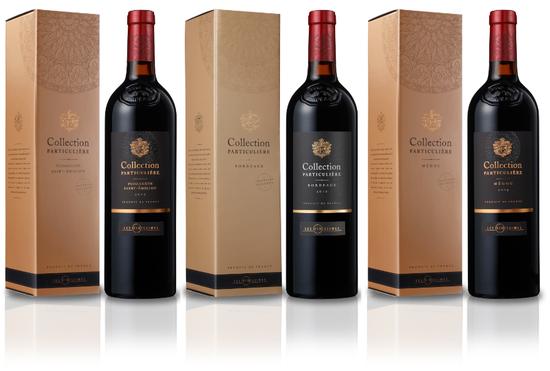 Camus Wine & Spirits, in collaboration with Bordeaux’s Maison Ginestet, has launched the Collection Particulière by Vinissimes, exclusive to travel retail.

The Vinissimes range was born ten years ago through a collaboration between the two French houses.

This latest collection invites wine lovers on “an exclusive journey through three of Bordeaux’s most prestigious wine appellations”: Bordeaux, Puisseguin-Saint-Emilion and Medoc.

Available in cases of 12 x 75cl bottles, each piece in the Collection Particulière – from the design and graphics to the concept – was said to be carefully chosen to illustrate the true potential of the whole Bordeaux wine appellation.

The Collection Particulière is presented in an engraved bottle and gift pack. The scroll designs on the bottle and box are said to be inspired by the gates to the finest Bordeaux estates and recall the features on some of the city’s most historic residences.

Champagne Lanson – the natural choice for celebration for more than 250 years – has launched its 2014 French Travel Retail festive campaign: ‘Since 1760: The Perfect Start’ with a stunning new gift box for its Black Label Brut, Rose Label Rosé and Ivory Label Demi-Sec varieties.

The new campaign made its debut in September but it will be on show at Cannes and be available in other European airports for the Christmas period.

The idea behind the present Perfect Start campaign is to present Lanson as an aperitif for celebration at Christmas and New Year.

‘The gift box has been designed to symbolise the power, fruitiness and freshness which are the pillars of Lanson style whilst retaining its historic values,’ said Champagne Lanson Export Director Olivier de La Giraudiere.

‘During festive periods such as Christmas and New Year, Lanson is the perfect aperitif: the perfect start to a celebratory evening. And, of course, in travel retail this is a time when consumers are looking for the perfect gift to take to friends and family – or as a self treat.’