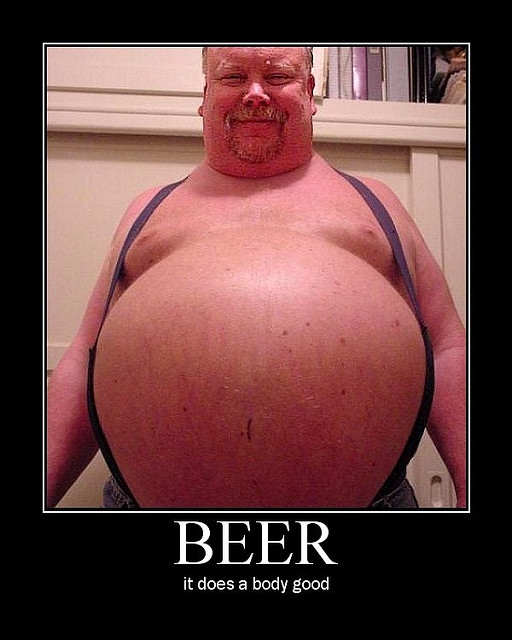 This is the myth that drinking too much – be it beer or anything else – can cause one’s gut to expand to orbit-inducing proportions.

In fact, a beer belly is much more likely to be caused by food than beer or any other type of alcoholic drink. Yes, beer can contain a surprisingly high number of calories, but one would have to drink a fair bit to match the calorific intake of even an average meal, healthy or otherwise.

The beer belly, should you suffer from one, can also be blamed on your genes. Yes, that’s right! Researchers who rounded up 2,000 able-bodied Czechs to test out this theory discovered that weight gain was a result of the calories you consumed – nearly all of which we get from food – and not the beer you drank.

Absinthe is a hallucinogen

The potentially toxic/hallucinogenic thujone that supposedly causes the psychoactive effects of absinthe only shows up in neglectably small trace amounts.

The whole reputation of absinthe is based on a very simple fact: It was a strong, no-frills, cheap liquor, and thus favoured by big drinkers who couldn’t afford fancy wines and beers because of the sheer amount of their intake.

It was also favoured by famously ‘unstable’ figures of days-gone-by, such as Vincent Van Gogh and Charles Baudelaire, so they may have added to this transcendental reputation of the spirit.

There are ways to sober-up faster 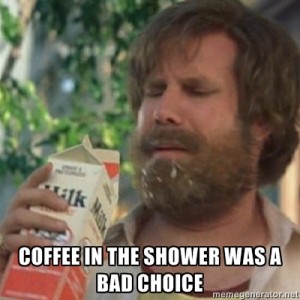 This is the suggestion that a quick soak in a cold shower along with a giant cup of black coffee can, among other techniques, help a person to become sober faster.

Unfortunately the truth is the most boring and obvious fact that the only way to sober up is to let your body process the alcohol naturally.

Obviously, this takes time, which is why it is tempting to look for a quick fix. The beautifully simple mathematic equation of coffee (stimulant) + alcohol (depressant) = neutral sobriety, sadly, doesn’t work.

Switching drinks is a bad idea 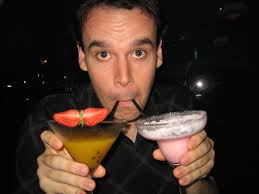 Mixing what one consumes in an evening’s drinking is, as the myth goes, the reason behind either excessive drunkenness on the night or excessive pain the morning after.

This is again a very simple myth to unravel, as it is down to the bare fact that drunkenness – and by extension, one’s hangover – is solely dependent on the amount of alcohol one consumes, not the form in which it arrives in the body.

Beer cannot hydrate you as well as water 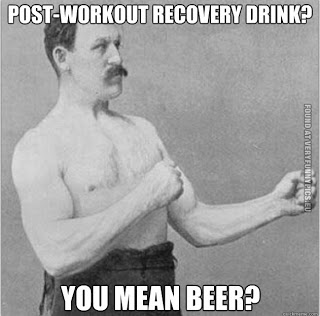 Even the most ardent beer fans would be hesitant to claim that beer is good to rehydrate after exercise.

However, research has suggested that beer can rehydrate athletes better than water for three key reasons: one, that beer’s vitamins and minerals offer health benefits that water doesn’t have; two, that the carbonation helps quench thirst; and, three, that the carbs help replenish energy stores.

Moderation is key, however.

Eating before bed will reduce the chances of a hangover 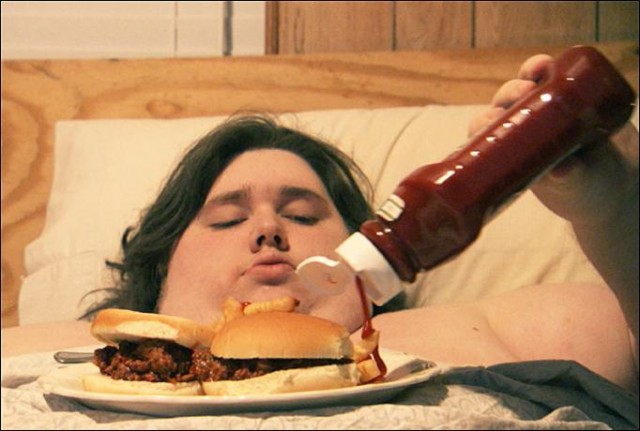 As comforting as a late-night snack can be after an evening’s drinking, that pizza or those cold leftovers will do very little to sober you up or reduce the severity of those hangover pains.

By the time that pizza hits the stomach, the vast majority of the alcohol consumed that night has already been absorbed into the body. And the craving for greasy food won’t help the liver metabolize the alcohol any faster.

In fact, the combination of alcohol and greasy food can actually contribute to acid reflux, meaning one might feel even worse in the morning.

If you want food to help slow down alcohol absorption, consume a snack or a meal before you start drinking, as this can help to pace the body’s intake of alcohol and process it more smoothly (i.e without the deathly feelings the next morning). 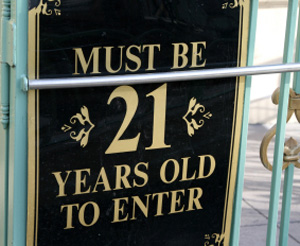 In actual fact, each state can set the minimum drinking age to any number of their choosing. Unfortunately, the federal government passed the National Minimum Drinking Age Act in 1984, which strong-arms states to keep the drinking age at 21. 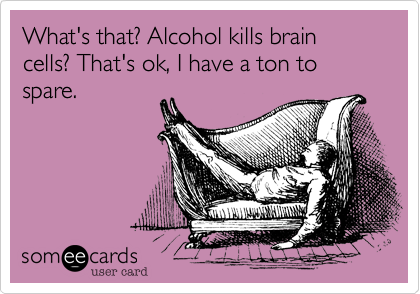 The moderate consumption of alcohol does not destroy brain cells. Strange, simplistic scare-stories such as this are very often traced back to preachy prohibitionist groups who tend not to rely on science for anything.

In fact, alcohol is often associated with improved cognitive functioning, according to studies in the American Journal of Public Health and the Journal of Abnormal Psychology (although obviously not after too many drinks). 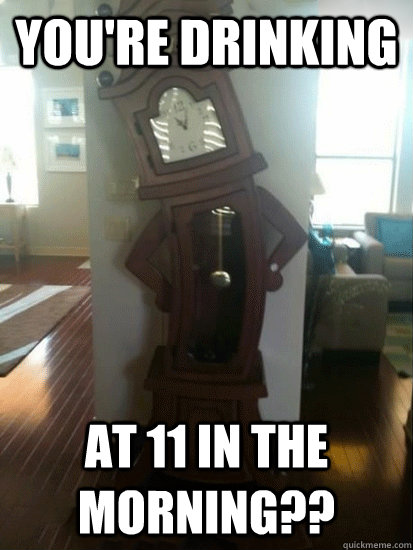 Hair of the dog just prolongs the torture, we’re sad to report. Although in the short term you’ll dampen down the shakes, the body ends up having more toxins to deal with and more severe effects will result. Shakes will become earthquakes.

One more beer might make you feel a bit better (for a little while) but the only hangover cure is time.

It takes your body roughly one hour to get rid of one standard unit of alcohol – that’s half a pint, or a small glass of wine or a shot.

Researchers over at the University of Manchester came up with a concrete formula to work out why this famous phenomenon occurs.

According to the scientists from the Department of Clinical Optometry, all you need to know is how much you’ve drank (An), the level of light in the room (L) the visibility levels and smokiness of the room (S), how good your vision is (Vo), plus the distance (d) between you and the potential object of desire.

Obviously, operating a calculator when you might be needing this formula most would be tricky, but it’s worth a shot.

A low score rates as having little effect at all. But once you get over a factor of 50 is going in the right direction, while numbers in the 90s have the capability to produce visions of supermodels.