From Stalin’s Russia to the fine wine investor, everyone needs a five year plan, as Liv-ex director Justin Gibbs explains. 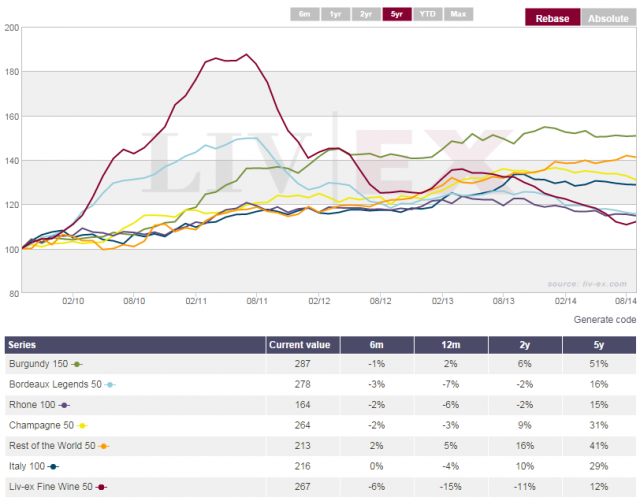 “It’s mostly understood in the trade that if you’re going to recommend wine as an investment five years is a minimum as it takes out some of the cycles,” said Gibbs.

Although that won’t be enough for anyone who jumped in just as the First Growths market turned in the summer of 2011.

The truth is we are in unchartered waters as he explained: “Four years down in a row is a pretty brutal scenario. The market has never been more than two year’s down since the 1980s, though it may have been down three in the 1970s.”

For Gibbs the prolonged bear market has been as dramatic as the Bordeaux bubble that preceded it. “For the last five years Bordeaux has underperformed the rest of the world, be it champagne, Burgundy, Italy or the New World.”

Of the First Growth boom tracked by the Liv-ex 50, he said: “Asia were net-buyers and Europeans were net-sellers in a nut shell. If there’s one wine that captures the craziness of it all it was Lafite’s second wine – Carruades de Lafite.

Since then, Gibbs believes that “after grinding lower for four years, we’re getting closer to the bottom. This year the pressure was coming from the sellers until May when the en primeur was released. Then the pressure came from the buyers who gave up and pulled away.”

How these two tribes of buyers and sellers reengage will be exciting to watch.