All is not quiet on the Eastern Front. The Russian alcoholic drinks market, once upon a time lauded as a lynchpin of a BRIC narrative but now in tatters, is already reeling under the pressure of excise tax hikes, maturity induced headwinds, advertising bans and relentlessly tightening legislation, writes Spiros Malandrakis, senior analyst at Euromonitor International.

Somewhat perversely, this is the good news – largely priced in, discussed and doused in litres of high proof optimism by key international industry players operating in Russia. The bad news is that there is a very real danger that the country’s Mexican stand-off with the west alongside the rising spectre of Cold War sanctions, embargos and paranoia could derail international trade and agreements, undermine evolving drinking patterns and ultimately provide a fatal blow to imported beer, wine and spirits brands. With the total value of alcoholic drinks imported to Russia from countries adopting opposing squares in the global geopolitical chessboard reaching $US 2 billion in 2012, the unfolding crisis has the potential to produce the mother of all hangovers for alcoholic drinks companies putting down most of the proverbial chips on that market.

The situation is already moribund to begin with. According to Euromonitor International’s figures, total alcoholic drinks volumes in Russia were down by more than 5% in 2013 and declines are expected to be equally dire in 2014 before even taking into account the rouble’s ongoing plunge or the actual imposition of the embargos currently discussed.

Beer – still in the Kremlin’s crosshairs following a steep spike in excise taxes, the ban of sales by street kiosks and a strict curb on advertising – saw negative growth for the 6th year running. Wine provided little respite, witnessing a sobering 3.4% total volume decline in 2013 – cratering less than 2012 but still far from signalling any resurgence. Spirits, historically dominated by the country’s obsession with vodka, are also in free-fall. Posting more than a 5% total volume decline in 2013 , spirits are actually feeling the crushing weight of vodka’s retreat on the back of taxation hikes although they do provide some glimpses of optimism behind the top line massacre.

Imported spirits categories such as whiskies, rum, cognac and tequila managed to secure high single digit or double digit growth underscoring the momentum of westernisation trends, aspirational consumption and a fundamental shift in drinking rituals. Worryingly, these are the exact same categories that stand to lose the most if the on-going Ukranian crisis leads to the adoption of the unilateral sanctions already threatened.

The signs are ominous. Pernod rather explicitly acknowledged that they are ‘importing as much as they can before retaliatory action’ following the adoption of EU-lead sanctions. The Australian Wine Producers association suggested that they should brace themselves for any eventuality. It certainly looks like a prudent approach. 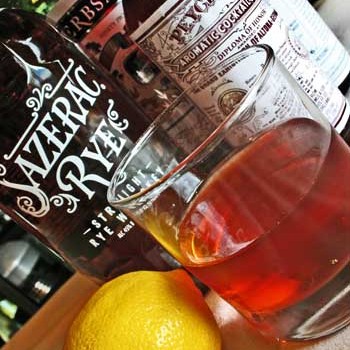 On the Russian side, Sazerac’s Kentucky Gentleman Bourbon has already been under investigation following a consumer protection agency allegedly finding traces of a toxic chemical that was surprisingly not identified in any other market – or in Russia before the sanctions were introduced for that matter. Officials in St Petersburg confiscated Jack Daniel’s Tennessee Honey over ‘health fears’. Ukrainian beer and spirits have already been banned standing accused of ‘lying over calorie count and other nutritional information’. The vengeful nature of such moves –much like shutting down MacDonald’s outlets – is and is supposed to be obvious. But the potential downside risks are looming far larger.

The proverbial nuclear option is still on the table. The on-going discussion about setting up a state-controlled wine corporation producing ‘wine materials on home soil’ paints the stark picture of a protectionist, inward gazing Russia that is quietly setting the scene for a secluded, self-sustainable market model harking back to the darkest days of the Cold War. As times are a-changing yet again, diversification remains more important than ever.