The Japanese beer industry’s woes continued in August with sales of beer and “quasi-beer” falling nearly 10% by volume compared to the same period last year. 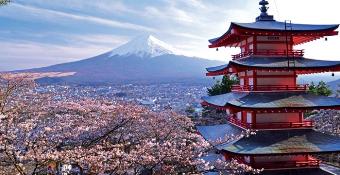 The four big beer companies in Japan, Kirin, Suntory, Asahi and Sapporo, all saw drops last August, ranging from 14% for Kirin at one end to just 2% for Suntory at the other.

Kirin in particular is struggling at present, as the drinks business wrote in July, it saw a fall in sales by volume of 6.6% between January and June of this year – a slump driven by missing out on an upswing in the premium beer category, losing ground in the on-trade to Asahi and an unfortunate sponsorship of the Japanese football team who crashed out of the recent World Cup at an early stage.

All of the beer companies put the August decline on bad weather, with Japan experiencing huge rainfall during the month which led to landslides, including a particularly deadly one in Hiroshima.

All together, said Akiyoshi Koji, president of Asahi Breweries, the bad weather put people off going out to bars and restaurants and the collective depression caused by news of the landslides also made people less willing to drink.

The breweries all have plans to launch new products – particularly “quasi” beers, known as “happoshu” which are proving increasingly popular – and new marketing campaigns to fight the on-going decline.

Meanwhile, The Japan Times reported last month that the government is considering a tax cut for beer while instituting a tax hike for quasi-beers in time for the new fiscal year in April 2015.

At the moment, quasi beers enjoy a significant tax break as beer tax is based on ingredients. High malt content in normal beer means higher taxes, while “second” and “third-segment” beers with low or no malt content at all have substantially lower taxes, which is one reason brewers began to make them and one reason Japanese consumers have turned to them at the expense of traditional beer.

The only problem now for the government is that revenue from alcohol has fallen so sharply it’s beginning to hit the treasury.

The liquor tax from alcoholic beverages, of which beer is a major contributor, is worth just over a ¥1 trillion to the Japanese economy.