An Indian single malt scooped top prize at the Whiskies of the World Awards, a new initiative launched by a US subsidiary of the International Wine & Spirit Competition. 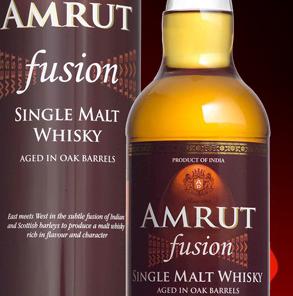 Amrut Fusion, produced by Bangalore-based Amrut Distilleries for a retail price of just $65 (£40), was judged best in show at the event, which took place in Austin, Texas, earlier this month.

The judging panel featured bartenders, mixologists, critics, beverage program directors and buyers from across the state, which is the third largest whisky market in the US. Their aim was to recognise the diverse styles that exist within the whisky category, while factoring in price in place of a focus on age statements.

Among the other top performers was local Texan producer Balcones, whose $70 (£43) single malt was named Best in Class in the US whisky category. The same producers also topped the Innovative category with “Brimstone” , its $60 (£37) smoked corn whisky.

Commenting on the results, Whiskies of the World event director Douglas Smith, said: “I was really pleased with the first year’s success and the amount of entries from global whisky producers. The judges are extremely talented; their discerning palates were able to pick up the nuances of each spirit to judge both fairly and comprehensively.”

Looking ahead, he confirmed: “I plan to develop and grow the competition in years to come while staying true to the original aim, to judge with a panel that is quality-focused, and that judge with passion.”