British billionaire Richard Branson has teamed up with Grey Goose vodka naming it an official sponsor of his Virgin Galactic project – set to become the world’s first commercial space flight. 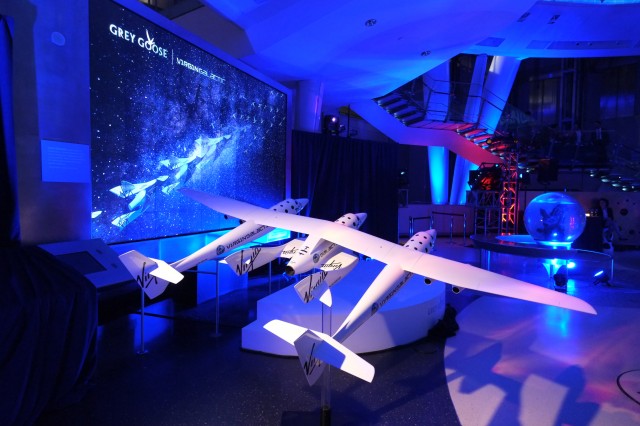 Branson, the owner of the Virgin franchise, announced the deal this week naming the Bacardi-owned vodka brand as an official sponsor of project, which has been selling tickets for the voyage since 2005 at a cost of US$250,000 a seat.

Planned to launch in 2015, the Virgin Galactic commercial spaceflight, owned by Branson’s Virgin Group, has already accepted US$80 million in deposits from prospective “space tourists” who will be taken to the edge of space travelling at almost 2500mph – over three times the speed of sound.

“We are delighted that Grey Goose is joining us as a partner on our incredible journey,” said Branson.

“We share a passionate pursuit of the extraordinary which we look forward to celebrating together as the world’s first commercial spaceline builds and grow.”

As part of its commitment to promote the project, Grey Goose will offer exclusive content, limited edition cocktails and will also provide a range of signature cocktails for the launch of the first commercial spaceflight.

“This is a marriage of two brands who share values and a true sense that if you can imagine it, it can be done,” said François Thibault, creator of Grey Goose.

“Not only do we both follow the same long-term vision that the extraordinary can be achieved from acting on your beliefs, but we also look forward to celebrating this iconic cultural moment in time with those on the ground.”